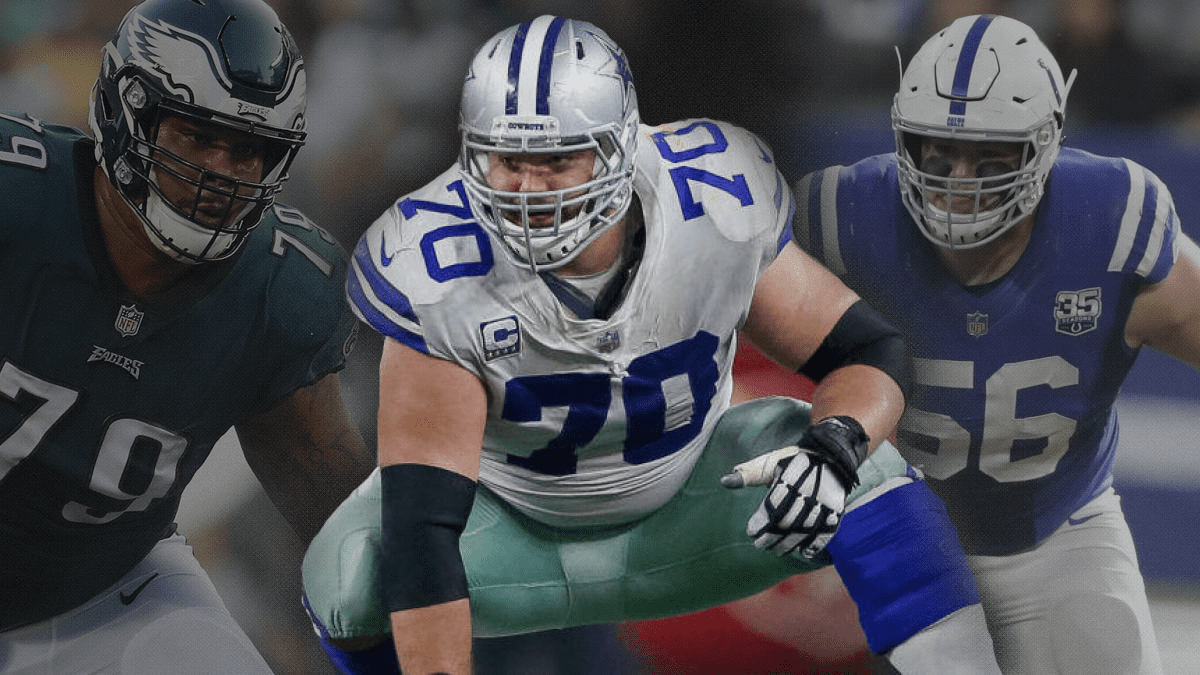 One of the best moves the Bills have made for the development of Josh Allen was signing Mitch Morse last off-season. Morse was an above-average player during his time in Kansas City, but his game reached a new level last year in Buffalo. I think there could be a case for Morse being the best center in the AFC last year.

He isn’t an elite athlete, but his play strength is some of the best in the NFL. Whether he’s using it to anchor in pass protection, or drive a defender off the ball in the run game, Morse did it all at an elite level for Buffalo. Morse has some concerning injury history, which prevents him from breaking higher in the top 20, but if he can play another full 16 games next year he could contest for a spot in the top 10.

Rodger Saffold set himself up as one of the best guards in the league after his dominant 2017 season. He wasn’t quite as impressive in 2018 but had a very good 2019 season where he was a pivotal role player in the Titans top three rushing unit. Saffold is a strong player who’s highly competitive and constantly plays through the whistle.

#TENvsKC Preview via Titans LG Rodger Saffold creating movement on the double team then climbing, driving, and putting the LB on his back at the 2nd level pic.twitter.com/j98kyj8gJQ

For the near entirety of the 2010s, Alex Mack was in constant consideration for the best center in the league. While he’s not at that truly elite level anymore, he’s still a great player. Mack had one of the worst years of his career this past season but he was still arguably the best player on the Falcons’ offensive line. I’m confident he can bounce back with a strong season in 2020.

One of my favorite players to watch in the NFL, Trai Turner, is the epitome of a bully on the field. With excellent play strength, Turner consistently plays through the whistle and cherishes the opportunities to embarrass another man on national television.

He’s also a strong athlete for the guard position, making it easy to scheme him as a puller into open space. Turner was traded to the Chargers this year and will join Pouncey to form a very impressive interior duo.

Richie Incognito has had numerous distractions off the field and it has caused a permanent black cloud to hover over his career. However, his play on the field has been undeniable. The Buffalo Bills took a chance signing Incognito after his bullying fiasco in Miami and he repaid them instantly.

He was one of the league’s top guards for those three seasons and was named to the Pro Bowl in each season. Incognito played last season with the Raiders and was strong enough that they extended him for two more seasons. He is dominant at the point of attack and is one of the strongest players I’ve ever watched. His ability to anchor is another testament to his jaw-dropping play strength.

Ryan Kelly was one of the highest-rated centers in recent memory when he came out in the 2016 NFL Draft. Kelly is a good athlete for the position, and this season he added an improvement to his play strength. Kelly has improved every season since being drafted, and at just 26 years old, it’s a good bet that he’s not done getting better.

Ryan Kelly putting the shade in the ground. Really good initial hand placement allows him to generate leverage, lift, and torque for the finish pic.twitter.com/ZTRgy0NsXd

Since being drafted in the first round of the 2010 NFL Draft, Maurkice Pouncey has been one of the league’s top centers. An eight-time NFL Pro-Bowler and five-time first or second-team All-Pro, Pouncey has true Hall of Fame credentials. He’s a dominant blocker in the run game and is a consistent stalwart in pass protection.

Despite multiple major leg injuries, Pouncey has been able to return to form every time and is still playing football at a very high level. While he may no longer be the best center in the NFL, like he was in the early 2010s, but he’s still one of the best players in Pittsburgh and will likely find himself enshrined in Canton at the end of his journey.

Shaq Mason was one of the leagues premier linemen in the 2018 season but he wasn’t quite as dominant this past season. However, his placement on this list tells you all you need to know. He was still excellent. Devastating at the point of attack, Mason is the definition of a “mauler.” Between David Andrews, Joe Thuney, and Mason I believe the Patriots have one of the best interior offensive line units in the NFL.

Getting Kevin Zeitler in the Odell Beckham Jr. trade was the biggest addition Big Blue made in the deal. Zeitler is one of the league’s premier guards, constantly opening holes in the run game. He’s the only member of the Giants offensive line who showed any level of consistency in pass protection last year. He lacks great physical traits but Zeitler is a model of consistency in all facets of the game.

After starting 16 games at guard in his rookie season, Frank Ragnow moved back to his natural position of center last season and he was excellent. Ragnow was dominant in all facets of the game, providing push at the point of attack in the run game, and was a very efficient pass protector as well. I speak very highly of consistency, and last year Ragnow was a model of it when the rest of the Lions franchise wasn’t.

Lions center Frank Ragnow has developed into one of the games elite centers. He was dominant in pass protection this year, and provided a ton of movement in the run game.

Next Page: Top 10 interior offensive linemen in the NFL
PFN launches 2021 Mock Draft Simulator!
Although the 2021 draft season is almost a year away, it is never too early to start building your favorite team with future draft prospects. The PFN Mock Draft Simulator has been updated to include over 350 prospects in the 2021 NFL Draft Class. Choose your speed, trade all you want (for free), and put together a winning draft class for your favorite team! Click here to enter the simulator!