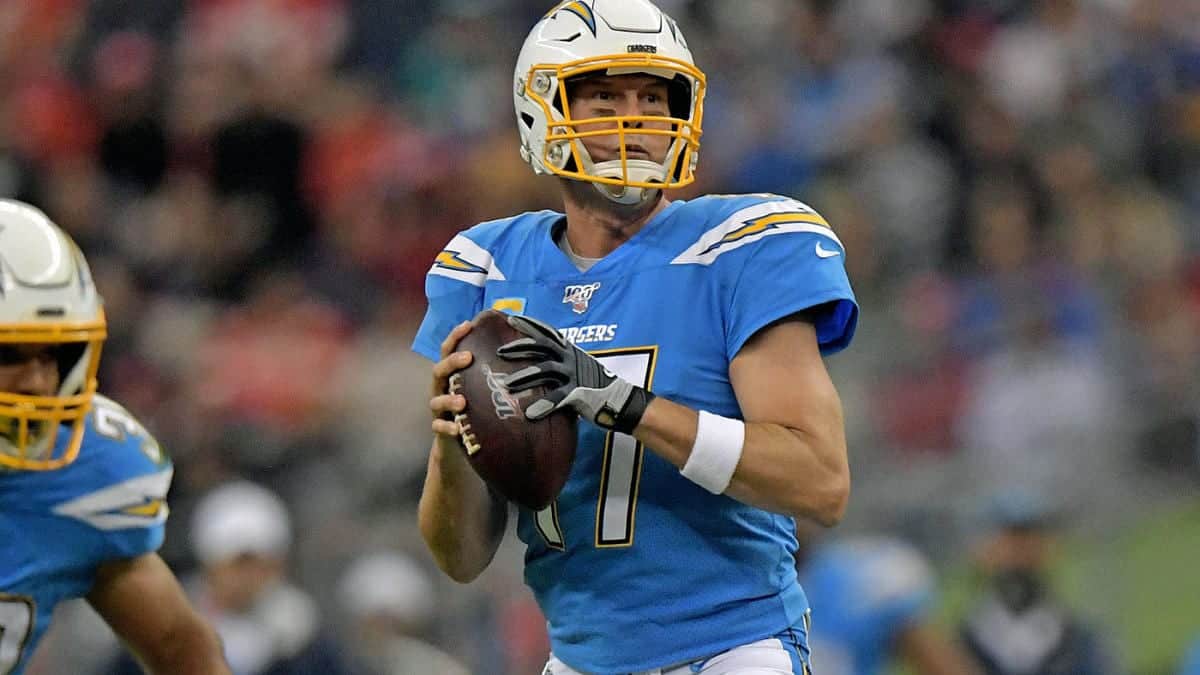 After spending 16 years under center for the Los Angeles Chargers, Philip Rivers and the team have mutually agreed to part ways. While not ready for retirement, Rivers must now decide where his talents will be best served as the “win-now” window is diminishing the older he gets. One of the fascinating storylines for the 2020 offseason is the drastic shift in quarterbacks amongst teams. Rivers is one of the ultimate competitors in the NFL and would want to land somewhere where they have the surrounding talent to make a push for the ring that has eluded him during his career. According to PFN Insider Tony Pauline, it very well could be the Indianapolis Colts. With rumors gaining more traction, we need to look into the fantasy impact of Philip Rivers heading to Indianapolis.

In our 2020 NFL Scouting Combine News and Rumors Tracker, Pauline reported early Wednesday morning that people within NFL circles believe the Colts could be the potential landing spot for Rivers. This was later corroborated by NFL Network’s Ian Rapoport several hours later.

“It’s been reported the past few days that soon to be free agent Philip Rivers would be the perfect solution and people at the NFL Combine tell me they believe ‘this will happen.’ They point to the fact Rivers has a great relationship with head coach Frank Reich. It should also be an easy signing as the Colts are projected to have a lot of room under the cap.”

Reich was the Chargers quarterbacks coach in 2013 and offensive coordinator from 2014-2015. Reich made clear his feelings of Rivers before their September 8th game in a conference call with local media.

Indianapolis is an extremely talented team and is a quarterback away from being a Super Bowl contender. Factor that in along with the familiarity between Rivers and Reich, and this makes more and more sense.

How would Rivers going to Indianapolis affect the fantasy landscape?

To put it simply, this is a massive boost all around.

While Rivers did have a slightly down year in 2019, he was still a serviceable starting NFL quarterback. He completed 66% of his passes for 4,615 yards, 23 touchdowns, and 20 interceptions. The greatest asset Rivers brings is his durability. Since becoming the starter when they were still in San Diego, Rivers has not missed a start since 2006.

In his 15 starts last year, Jacoby Brissett ranked last in Pro Football Network’s Offensive Share Metric with an average overall score of 16.45. Although it may not seem like it, Rivers was actually a significant upgrade at QB08, with an overall score of 27.08.

Behind one of the best offensive lines in football, Rivers could sit back and be able to take advantage of the weapons he has. T.Y. Hilton would instantly return to a weekly WR2 in PPR formats. Just looking at his splits from 2018 to 2019 would give owners hope for a return of value if Rivers lands in Indy. In 14 games in 2018, Hilton caught 76 of his 120 targets for 1,270 yards for six touchdowns. He finished the year as WR14. While he did start the year off on a hot streak, a lingering injury and switch to a run-first scheme due to Brissett’s skillset derailed Hilton’s season. In his ten games in 2019, Hilton caught 45 of his 68 targets for 501 yards and five touchdowns, finishing as WR57 on the year.

A healthy Hilton with Rivers under center could bring high-end WR2 production at a WR3 price tag.

Another wide receiver who could see a return to the fantasy spotlight is second-year WR Parris Campbell. As we will see with players this year, Campbell benefited from an excellent NFL Combine performance, and then once the Colts selected him, he shot up draft boards. Costing a low-end first-round rookie draft pick, Campbell had high expectations to live up to. After being placed on IR, however, Campbell had a lost year essentially.

Having battled injuries to his hamstring, abdomen, and a broken hand before a fractured foot, it is hard to gauge his NFL ability. Campbell is a guy who you can get at a discount, and that could pay dividends for your fantasy roster. Standing at 6 feet and 205 lbs, Campbell backed up the speed we saw on film when he ran a 4.31 (2019 Combine best). Being able to stay healthy, continuing to learn under Hilton along with the fantasy impact of Rivers joining the team, Campbell is primed to break out.

Even for the running backs, I feel this could be a benefit. While Marlon Mack did see a boost in stats due to the run first nature of the offense, Rivers will force teams to play a more balanced defense allowing Mack and Nyheim Hines to see more advantageous fronts. Mack is my RB18 in dynasty PPR and Hines is RB50.

The Colts are going to make a change at quarterback, whether it be in free agency or the draft. It is possible they add one in each. Bring Rivers in through free agency, draft a QB at number six overall, and allow them to be mentored by Rivers for the next year or two. Whatever the plan, fantasy owners should be encouraged with change under center, and values will begin to rise.