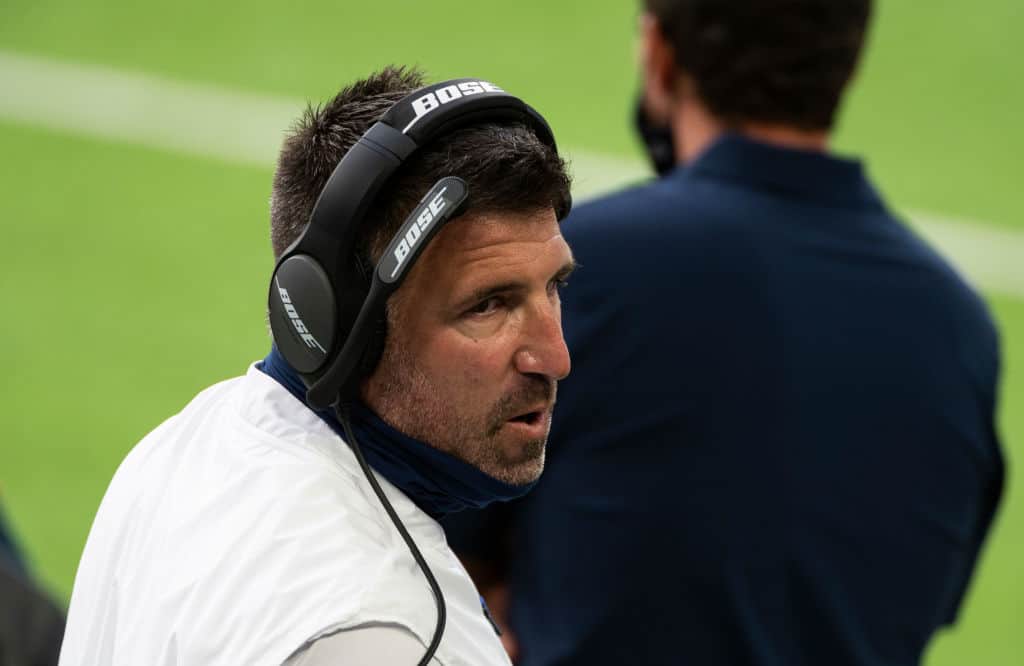 MINNEAPOLIS, MN - SEPTEMBER 27: Head coach Tennessee Titans Mike Vrabel speaks to his team on the sidelines during the second quarter of the game against the Minnesota Vikings at U.S. Bank Stadium on September 27, 2020 in Minneapolis, Minnesota. (Photo by Stephen Maturen/Getty Images)
What's in this article? Click to show
Will the Titans and Vikings play their opponents on Sunday in Week 4?
The Tennessee Titans knew a coach was positive
What are some alternate schedule arrangements if the Titans and Vikings can’t play in Week 4?

The Tennessee Titans are the first NFL team with enough positive COVID-19 cases to threaten their game on Sunday in Week 4. The Titans have eight positive tests – five coaches and three players – and now, the Vikings (who the Titans played in Week 3), Steelers, and Texans are caught in the crossfire. However, sources tell Pro Football Network Insider Benjamin Allbright that these positive cases aren’t expected to make a huge impact.

Will the Titans and Vikings play their opponents on Sunday in Week 4?

On PFN Weekly, Allbright said that the NFL doesn’t want to miss a beat.

“As it stands, that game is going to be played. It’s going to be played at its regular time. Everybody’s gone through the testing protocol. Tennessee has completely shut down its facility to have it completely cleaned. They’re testing the entire Minnesota Vikings team, and all came up negative. They’re testing the Tennessee Titans team and have had no new positives. If that continues for the next two, three days, they will play that game. They’ll play it on time and on schedule.”

UPDATE: Here is the official statement from the NFL: The Steelers-Titans game, originally scheduled for Sunday at 1 p.m. ET, will be rescheduled to allow additional time for further daily COVID-19 testing and to ensure the health and safety of players, coaches and game day personnel. Details on the new game date and time on either Monday or Tuesday will be announced as soon as possible.

So, it looks like the NFL is undeterred by COVID-19. Most leagues have erred on the side of caution, but not the NFL. They plan to push forward through any COVID tests and provide fans with the football that they so crave.

That means that the Titans are currently expected to play the Pittsburgh Steelers, and the Minnesota Vikings are expected to play the Houston Texans. The only thing that could stop them are new positive tests, which are still a possibility as it takes anywhere between 2-14 days before COVID-19 is detectable.

The Tennessee Titans knew a coach was positive

The most-earth shattering report to come out today came from Master Tesfatison, who said that the Titans knew that they had a coach who tested positive on Saturday before their game against the Vikings on Sunday. Tesfatison pointed specifically to Titans OLB coach Shane Bowen.

However, ESPN expanded on the report saying that Bowen was not with the team on Sunday due to COVID protocol. If that’s the case, it would have made sense to test and quarantine players before the game to control the spread. But the NFL didn’t do that. They allowed the game to go on despite the positive case. Now they plan to continue on despite seven other new cases.

What are some alternate schedule arrangements if the Titans and Vikings can’t play in Week 4?

For the Vikings vs. Texans game, it’s not as easy. R.J. White of CBS Sports did a great job with these possible scenarios. 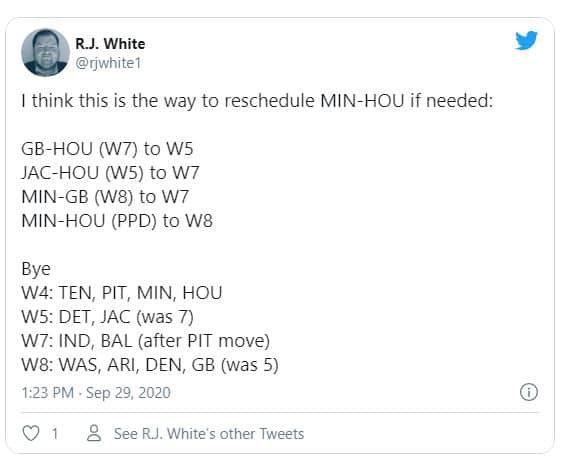 Another possibility is that the teams play on Monday Night Football. No matter what happens though, the Titans will be ready.

Mike Garafolo of the NFL Network said that Titans coaches have told players if they have to stay locked down until Saturday and not practice, then they will have a walkthrough and play on Sunday. The Titans coaches have relayed to their players that there will be no excuses this week. 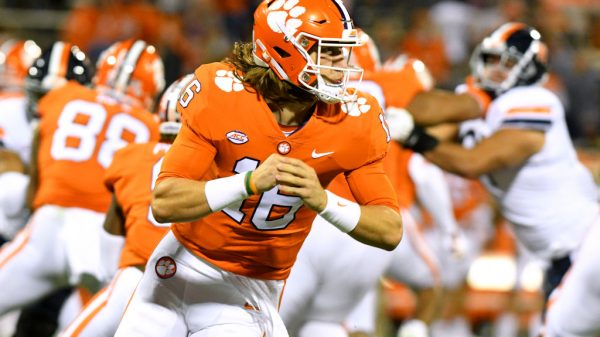 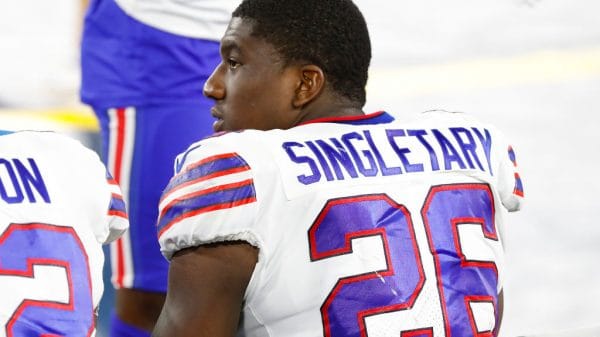 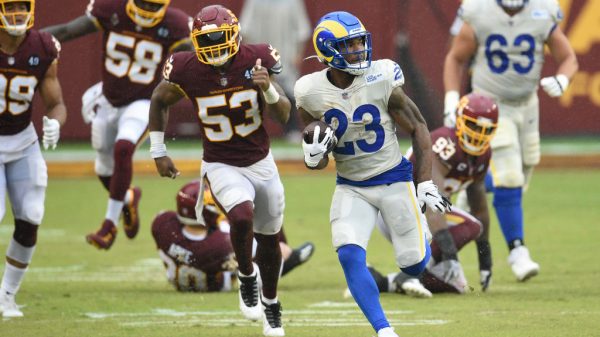