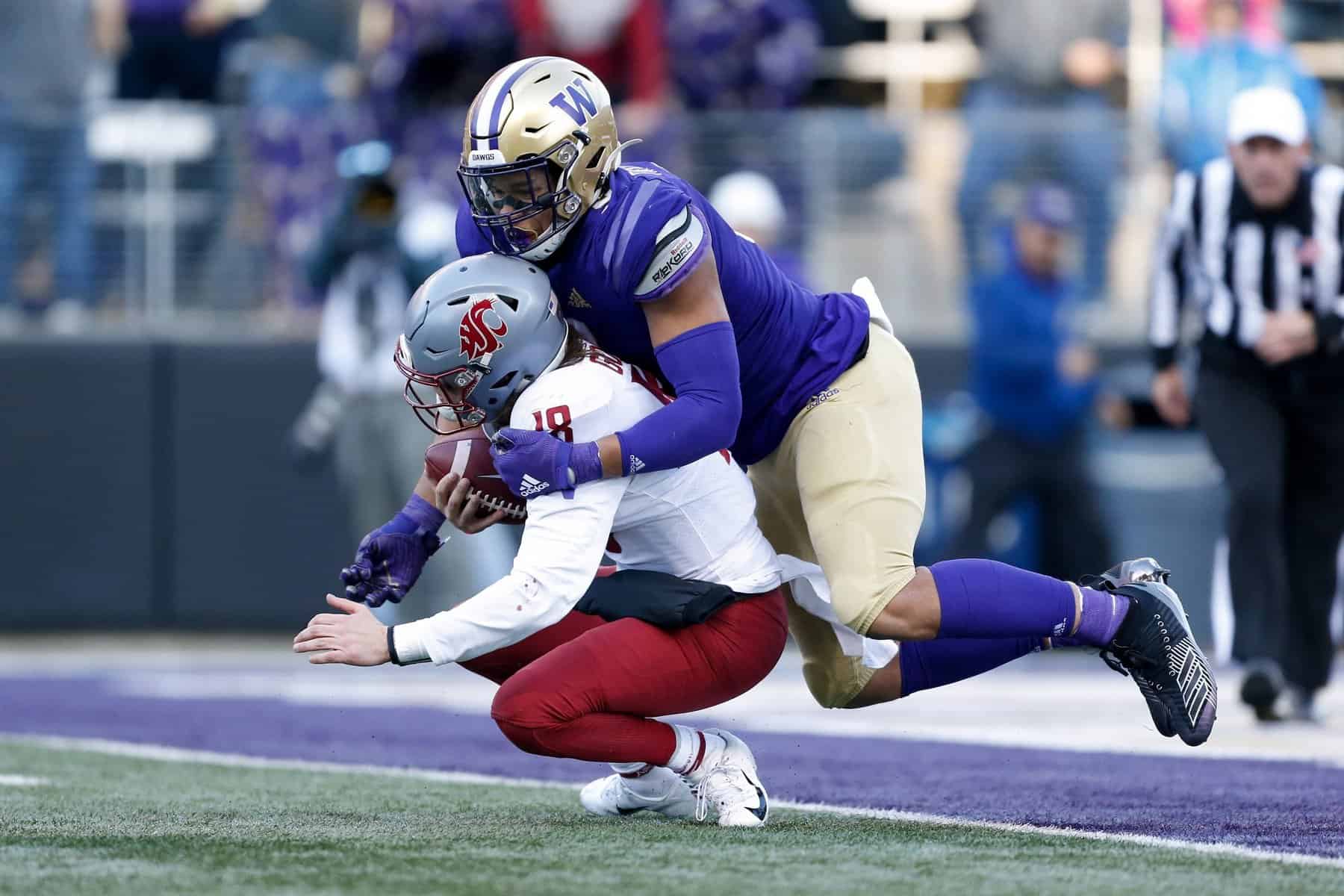 Tampa Bay doesn’t need a lot in this 2021 NFL Draft. They managed to bring back every pressing free agent they possibly could. They’ll likely go in and add talent where they can and fill in depth. What picks do the Buccaneers make in the 2021 NFL Draft, and what are their grades?

Who did the Buccaneers draft on Day 1?

With the final pick of Day 1, the Buccaneers choose to add a pass rusher.

This wasn’t a surprise, as this was a consistently mocked pick to Tampa. The Buccaneers add a high-impact pass rusher as their EDGE3. His scheme familiarity from Washington is appealing to his fit with Tampa. Joe Tryon is an excellent athlete who is still developing as a pass rusher. He’ll get the time to develop behind Shaq Barrett and Jason Pierre-Paul while adding explosiveness behind them.

This is an odd pick because Kyle Trask is…not a very good quarterback. There’s nothing worth developing with Trask, as he has a pretty limited arm and virtually no mobility. At least Tampa Bay has plenty of weapons to help Trask adjust.

The Buccaneers needed to add depth in the trenches, and they accomplished that goal. Robert Hainsey is an offensive lineman who can play tackle, guard, and center at the next level. He is an excellent zone-blocking lineman. Hainsey can slide into the right guard spot, provide depth at right tackle, or back up center Ryan Jensen. The Buccaneers, in my mind, have the best offensive line in the NFL.

The Buccaneers continue to add playmakers to their offense. Jaelon Darden is a quicker than fast, slot-only receiver, but he is a big play waiting to happen. The Bucs now have Antonio Brown, Tyler Johnson, and Darden as potential slot receivers, making their offense even more potent than last year.

The Buccaneers don’t necessarily need a linebacker right away with Lavonte David and Devin White occupying the middle for the foreseeable future. However, adding physical depth players with special-teams ability is never a bad thing. K.J. Britt is a two-down linebacker in every sense of the word, but that physicality makes him an endearing evaluation.

The Bucs add a great height/weight/speed athlete to add to their corner depth. He’s very, very raw, but the upside is worth a developmental flier this late. Tampa doesn’t have many needs, so swinging on a corner with upside is a good investment.

It’s odd to see Tampa double-down at linebacker. Maybe both Stuard and Britt will be competing for the Kevin Minter role next year with his contract expiring? Stuard is a bit of a tweener but has a hot motor and never quits on a play. He is a high-character pick that screams special teams leader.

The Bucs didn’t have much to add in the 2021 NFL Draft, but they did a good job filling out holes in the depth chart. Tryon and Hainsey are great additions to the Bucs’ trenches and make strengths even stronger. They dropped a second-round pick on Trask, dropping their grade down strongly.

Darden is a fun playmaker to add to their already fun receiving room, and he’ll compete for playing time right away. Britt and Stuard can compete for special-teams roles and replace Kevin Minter in 2022. Wilcox is a raw corner prospect but has great H/W/S and worth developing. A good draft to round out a Super Bowl-winning roster.

Team needs for Tampa Bay coming into the NFL Draft

After re-signing everyone from their Super Bowl team, the Tampa Bay Buccaneers don’t have a ton of needs ahead of the 2021 NFL Draft.

The EDGE3 spot behind Shaq Barrett and Jason Pierre-Paul is the biggest need for the Buccaneers’ team, in my opinion. Which, is pretty dang impressive. Adding a long-term playmaker at that spot to take over down the line would be my expectation for their first pick of the 2021 NFL Draft.

You can never have too many cornerbacks. The Bucs could take a young talent to round out their corner room and provide Sean Murphy-Bunting some competition on the depth chart.

The future at left tackle, center, and potentially right guard, are up in the air in Tampa. Adding depth and developmental players at these spots would be smart roster-building, especially to gear up for another Super Bowl run.

Much like the offensive line, adding more talent up front along the defensive line would be a smart addition. Another tackle opposite of Vita Vea or some defensive ends who can take over after Ndamukong Suh leaves would really fill out the Bucs’ roster and help ensure that defense stays among the tops.

The Buccaneers’ draft needs are depth, mainly because they brought back virtually every free agent this year. The 2021 NFL Draft boasts a deep wide receiver class and some solid committee running backs. The Buccaneers could look at both positions to fill out their offense and add even more talent to one of the league’s best.

NFL Mandatory Minicamps 2021: Dates, news, and locations for all 32 teams