The Washington Football Team is going through essential transformations both on and off the field. While the off-field changes are well documented, the on-field alterations are also set to have an immediate impact on the franchise. A change of defensive coordinator brings a whole new defensive philosophy. How will it impact the Washington defensive line in 2020?

When new Washington head coach Ron Rivera announced Jack Del Rio as his defensive coordinator earlier this year, it heralded a new beginning for the defense. For years Washington has run a 3-4 defensive scheme, but Del Rio has historically favored a 4-3 system and made it clear early on that he would bring that scheme to Washington.

A cursory glance at the 2019 statistics demonstrates why that change is so important to the Washington defense. Although they ranked highly in several pass-rush metrics, the overall defense was poor.

The team ranked third in quarterback pressures and tenth in sacks but gave up the sixth most points and sixth most yards allowed. They simply could not stop the run, ranking the second-worst team in the NFL for rushing yards conceded in 2019.

Run game improvements to be expected from defensive scheme changes

The change to a four-man defensive front will have huge implications for the run game while allowing the team to field their two-star defensive tackles at the same time in their natural positions.

DaRon Payne is the best run-stuffer on the team, and he will combine with Jonathan Allen to anchor a Washington defensive line that could feature four former first-round NFL Draft selections, including the second overall pick of the 2020 NFL Draft, Chase Young.

Although the fact that the 2020 Washington defensive line will feature all first-round selections is impressive, what is truly remarkable and terrifying to opposing teams is just how athletic the unit is.

With Young and second-year defensive end Montez Sweat, Washington may well have the most explosive and athletic combination of pass rushers in the NFL. While all focus will be on how Young performs in his rookie year, Sweat has that athletic ability to stand out as a true defensive end in his second year.

Sweat has already put his freakish athleticism to good use during his first year in the NFL. Although Matt Ioannidis led the team with 8.5 sacks in 2019, Sweat came on strong toward the end of the season and finished second on the team with seven sacks. He also added two forced fumbles.

It was that same athleticism that caught the eye at the 2019 NFL Combine, and throughout his career at Mississippi State. Using Relative Athletic Score (RAS), we can see just how athletic he is, and how that gives him an edge as the starting defensive end over Ryan Kerrigan.

Sweat received a 9.90 RAS at the combine. His score was made up of elite speed, elite explosion, great agility, and good size. His 4.41 40 yard dash time ranks as the fastest by a defensive end between 1987 and 2019. With that type of speed and explosion, even the most athletic tackle struggles to contain him.

By contrast, Kerrigan received a RAS of 8.67 at the 2011 NFL Combine. He received a great explosion grade, good agility and speed, and okay size. Where Kerrigan excelled at the combine was on the bench, with an elite 31 reps showcasing the strength that has helped him to within eight sacks of the all-time Washington sacks record.

Although Young didn’t test at the NFL Combine, and as such, there isn’t a RAS for him, he has used speed and explosion to win at the collegiate level. Payne received an elite speed grade as part of his 8.56 RAS, and Allen’s 7.74 RAS comprised a great speed grade alongside a good explosion grade.

Washington also drafted defensive end James Smith-Williams based on his athletic profile, earning a 9.03 RAS with elite speed and good explosion, further evidencing the athletic profile that Rivera and Del Rio want to use on the Washington defensive line in 2020.

Transitioning to a new scheme is never easy, there’s a reason why teams select players to fit their scheme. It’s a whole lot easier when you have the pieces already in place, and the 2020 Washington defensive line appears to have those right pieces.

It’s also a lot easier when you have one of the most explosive pass rush duos in the NFL. 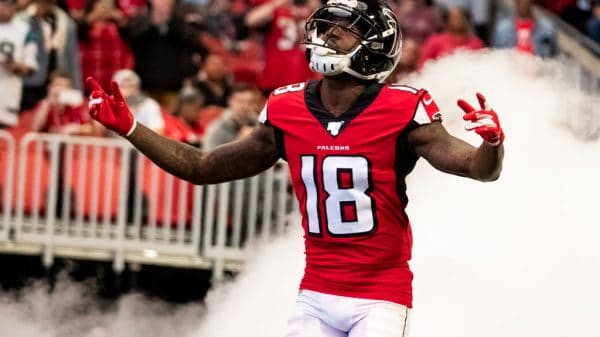