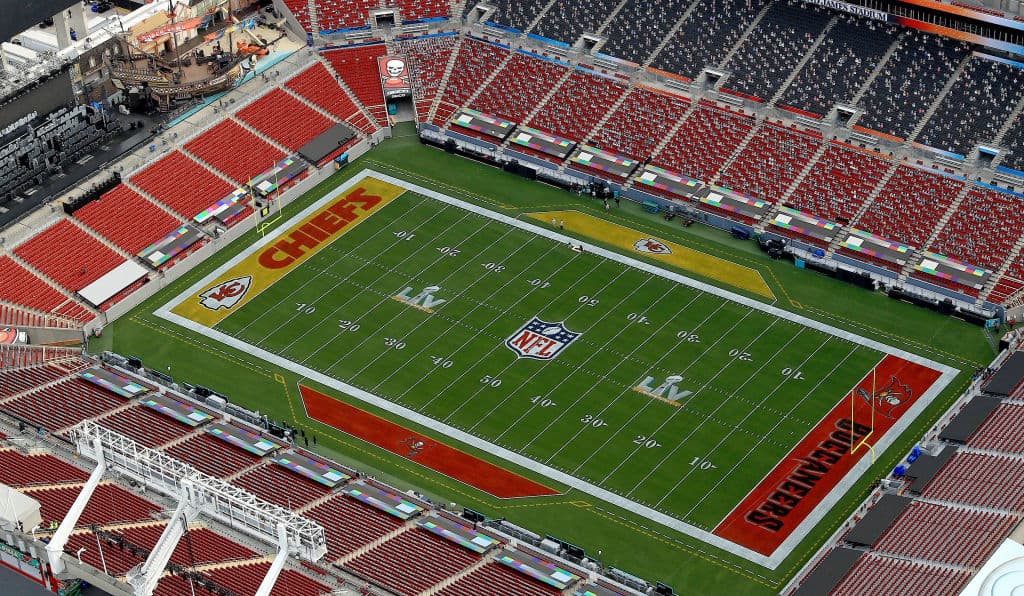 Well, ladies and gentlemen, we have made it. The bittersweet finale of the NFL season is less than a week away, as the Kansas City Chiefs and the Tampa Bay Buccaneers will clash in Tampa. There are plenty of Super Bowl odds, props, and spreads to discuss in the biggest game of the year. So, let’s break down some of the best Super Bowl props for NFL betting fans and dive into our Super Bowl picks for Super Bowl 55.

Among all Super Bowl props, this is may be the most fun to pay attention to. It feels like a subtle little jab at the six-time champion.

While Tom Brady is about as mobile as a statue, he has had some relatively long scrambles in the Super Bowl. He had a 15-yard run against Atlanta en route to the greatest comeback in Super Bowl history.

The one thing that could put a damper on this being covered is kneeling down. While sacks don’t count against rushing yards, taking a knee does. If Brady has a one-yard run but kneels to win the game, guess what? He would finish with negative one rushing yard. But, I mean, come on, half of a yard? If they have a third or fourth and inches situation, that can be an easy cover, especially if you like the Chiefs to win the game.

Hll has been on a tear down the stretch. Obviously, we mentioned the 269-yard, three-touchdown performance he had against these Bucs in Week 12, but he has done anything but slow down in the playoffs. He had 110 yards on 8 catches against the Browns in the Divisional Round. He then followed it up with 9 receptions for 172 yards against Buffalo in the AFC Championship Game.

While the Bucs’ defense has shown some incredible highs, they have also been inconsistent at times, Week 12 being the mammoth outlier in this conversation. With everyone that the Chiefs have on offense, Tampa Bay won’t contain all of them. Plus, Hill’s speed and ability alone will allow him to break off at least one big play before the game is over.

This is probably the safest bet among all prop bets. It seems not to matter the standout performances of skill position or defensive players on the winning team, the quarterback almost always walks away with the MVP. Even last year, when the Chiefs won, and Mahomes took home the MVP, it probably should have gone to running back Damien Williams.

Nevertheless, it would not shock anyone if Patrick Mahomes puts on a show in a Chiefs victory. If he does just that, he will undeniably walk away with his second consecutive Super Bowl MVP, and it’s one of my favorite Super Bowl props.

More Super Bowl 55 Picks (including against the spread)

And so, it all comes down to this. The Super Bowl odds favor Kansas City, but who will walk away the winner of Super Bowl LV? Will Patrick Mahomes help the Chiefs win back-to-back Super Bowls at the age of 25? Will Tom Brady raise his already unreachable bar by winning a seventh Lombardi Trophy?

If we go back to their Week 12 matchup, Kansas City was better in every aspect of the game. Tyreek Hill had north of 200 yards before the first quarter was over and took souls like he was Thanos (Super Bowl prop alert — if you think Hill can repeat his Week 12 performance, 3+ TDs is +1000).

Tampa Bay constantly left Carlton Davis on an island against Hill. Unfortunately for the Buccaneers, Hill escaped the island more often than not.

Patrick Mahomes threw for a cool 462 yards and 3 touchdowns, which helped Kansas City carry a 27-10 lead into the fourth quarter. Travis Kelce was in peak form, as well, racking up 82 yards on 8 catches. The Chiefs may have only won by three, but anyone watching would agree that it felt like they won by three hundred.

Obviously, much has happened since Week 12. In the AFC Championship Game, the Chiefs overcame a quick 9-0 deficit and scored 21 unanswered points. Tyreek Hill had 172 yards, and Travis Kelce tore up the middle of the field and added 2 touchdowns.

The defense got to Josh Allen all game. The star quarterback was sacked four times, and on two occasions, the Bills settled for field goals after drives that got them inside the red zone. While it’s the Chiefs’ offense that gets a lot of the attention, Kansas City’s defense has shown up all season.

The Buccaneers have won six consecutive games. After a stretch that had them sitting at 7-5, their last loss came in that Week 12 against Kansas City.

Since then, Tom Brady has looked nothing short of remarkable, and the outstanding cast of superstars he has have all stepped up. It could be Mike Evans one week, or Chris Godwin another week, or even Antonio Brown. Brown’s impact was felt as soon as he arrived. Since he was signed, he has been second on the team in targets.

The defense has looked remarkable in the playoffs in key moments. After Tom Brady threw two late interceptions (Super Bowl prop alert — Brady to throw at least one INT is -155), the Packers failed to get any sort of drive going on both occasions. The defense bailed out the offense and even aided with a rare interception of Aaron Rodgers to help secure the win in Lambeau Field.

This matchup is arguably the greatest matchup of quarterbacks in Super Bowl history. The greatest to ever do it, Tom Brady, back in the Super Bowl in his first season with Tampa Bay; the Chiefs and Patrick Mahomes looking to add to what has been a dominant three-year stretch.

While Tampa Bay has been on fire as of late, the Chiefs just seem like a juggernaut that is becoming harder to vanquish. This has become Patrick Mahomes’ league. I think the continuity they have is an advantage over Tampa Bay, and the Chiefs get their second straight Super Bowl and cover the spread in our Super Bowl odds.

So with that, we wrap up our season of betting lines, picks, predictions, spreads, props, and odds with the Super Bowl. While the past year has been one unlike any other, it was a year in which we didn’t know if we would get football, much less go largely uninterrupted and make it to the Super Bowl on time. It was an honor to share this season with all of you, and we can’t wait to bring you more lines and betting analysis come September.