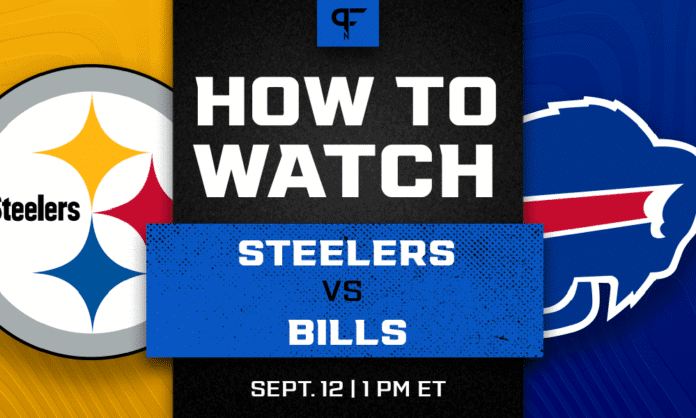 Steelers vs. Bills prediction, how to watch, odds, and game preview for Week 1

What channel has the Steelers vs. Bills game, where can you live stream it, and what are the latest odds and predictions for the game?

Few games are as appealing in the early slate of NFL games in Week 1 than the Pittsburgh Steelers vs. the Buffalo Bills. Here’s what you can expect, what TV channel and live streams you can watch it on, and the NFL odds and predictions for Sunday’s contest in Orchard Park, NY.

The 2021 season starts with different expectations for both the Steelers and Bills. While Pittsburgh has essentially been a playoff contender over the past two decades, it’s Buffalo leading the charge here in Week 1 as the playoff favorite. These two teams faced off a mere nine months ago at Highmark Stadium, with the Bills winning 26-15.

Expectations are sky-high for Buffalo this season. In our 2021 NFL season predictions, the Bills project to reach the Super Bowl for the first time since 1993. To get there, winning vs. the Steelers in Week 1 will be a big first step. QB Josh Allen, coming off a new $258 million contract extension, threw for 238 yards and 2 touchdowns in December last year vs. the Steelers while the defense held the Pittsburgh offense to 224 yards.

Ben Roethlisberger — back for his 17th year in the league — threw for 2 touchdowns and 2 interceptions in the game with no help from his rushing attack. The team finished with just 47 yards on the ground. Now, however, rookie RB Najee Harris is lining up behind Roethlisberger, not James Conner.

Bills’ defensive line could be an issue for Pittsburgh

Ball control will be key for the Steelers’ offense to keep Allen and the combination of Stefon Diggs, Cole Beasley, and Gabriel Davis off the field. The question will be, can the Steelers’ offensive line contain the DL head coach Sean McDermott (who’s 2-0 when facing the Steelers) has constructed?

The duo of A.J. Epenesa and rookie Greg Rousseau — along with Ed Oliver inside — could cause problems for Pittsburgh. Mario Addison and A.J. Klein tied for sacks with 5 in Buffalo’s defense in 2020, but that’s surely going to change this year. If the Bills shut the run down early, Roethlisberger will be forced to pass, which gives Buffalo the upper hand.

With the Bills playing at home, coming off a loss in the AFC Championship, and most starters back across the offense and defense, they should take the Week 1 win.

How to watch Steelers vs. Bills

Odds for Steelers vs. Bills

All odds provided via DraftKings Sportsbook