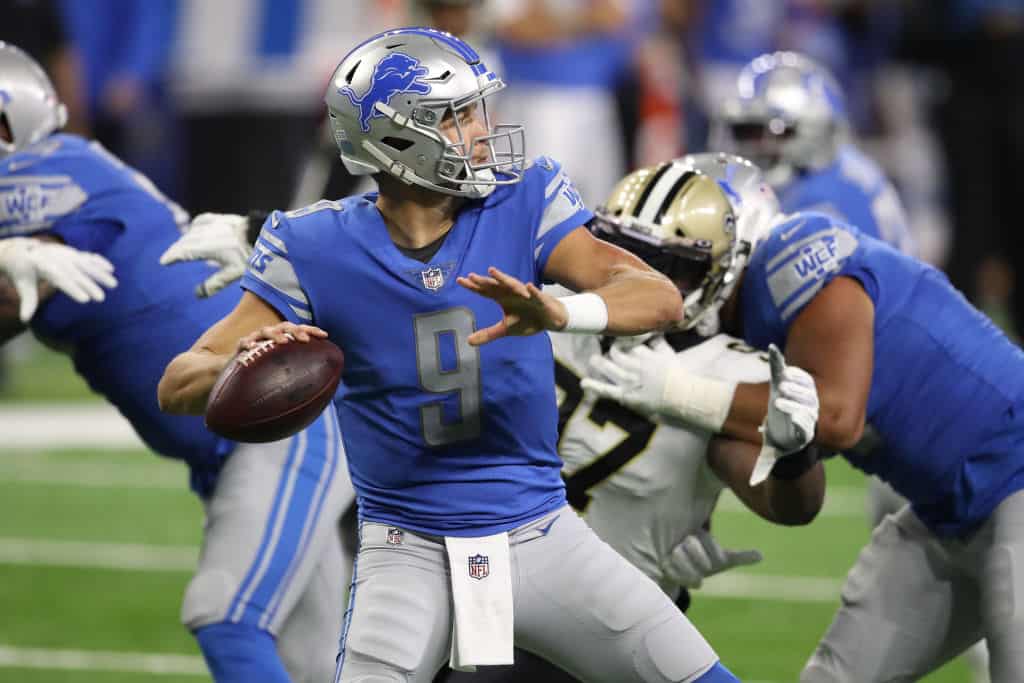 Another week in the books. Suspected case scares and injuries are still running rampant, and now we get to start stacking bye weeks. Yippee Skippy… But this is where fantasy managers start to separate themselves, and you can still push for the playoffs. So stay active, stay engaged, and let’s set our best lineups. Time to review our Fantasy Football Consistency Score (CS) and Defensive Points Allowed Consistency Score (D-PAC) after what we have learned and highlight the top Week 7 matchups and players to start or sit for your fantasy lineups.

If you would like more detailed information on how the CS and D-PAC works, please refer to the Introduction to the Fantasy Football Consistency Score, but the basic premise is, the higher the CS, the more consistent a player is scoring high-level fantasy points. In the case of D-PAC, the higher the number, the more consistently that team allows high-level fantasy points to the position.

PSA: I don’t feel the need to tell you, the savvy fantasy G.M., to start a player like Patrick Mahomes every week. I abide by the golden rule: start your studs. However, if there is glaring evidence to sit a bona fide starter, we will discuss that as needed.

Matthew Stafford has not picked up 2020 where he left off before getting injured last year. Whereas that pace would have been a career year for Stafford, many fantasy football managers hoped he would provide most of that production, if not all of it.

While 2020 hasn’t led to the lofty pace we saw last season, Stafford isn’t having a horrible fantasy season either. His current pace would have him throwing for 3,968 yards, 29 touchdowns, and 13 interceptions. Without factoring in any rushing, that would net a little over 248 fantasy points at the end of the year, which would have been good enough for QB13 in 2019.  If this offense can improve just slightly in the back half of this season, Stafford can still easily become a Top 12 QB by the end of the year.

This Week 7 matchup versus the Atlanta Falcons, which should provide plenty of starting options for fantasy managers, is a great matchup to boost Stafford’s year-end stat line.  The Falcons defense is currently allowing the highest average points to quarterbacks and hasn’t been able to hold a single opposing signal-caller to less than 20 points at any point in time this year. They also have the second-highest D-PAC in the league.

Even though the team looked improved sans Dan Quinn, Kirk Cousins was still able to rack up 23.72 points in garbage time. Stafford has been far better and more consistent of a fantasy asset than Cousins and should have no problem airing the ball out in Week 7.

The last time we saw Derek Carr take the field, he put up a gaudy stat line of 347 passing yards and three touchdowns for 23.98 fantasy points, and he is currently ranked fourth in CS among all quarterbacks. After that performance, fantasy managers who stashed Carr into their bye week likely planned to start Carr right away. However, with an impending matchup against the Tampa Bay Buccaneers, Carr is an easy sit in fantasy lineups this week.

The Buccaneers are currently 31st in D-PAC and 30th in average points allowed to the QB position in fantasy football. They are about as “shut down” as it gets in 2020. This past week, we just saw them completely rattle Aaron Rodgers, holding him to 160 yards passing, no touchdowns, and two interceptions for a whopping 3.8 fantasy points. This defense hasn’t given up 20+ points to any quarterback yet on the season. My money would not be on Carr being the first one.

Which running backs should you start/sit in Week 7?

David Johnson has not returned to the DJ of old that carried teams to the fantasy playoffs in the past, but the Houston Texans offense as a whole has taken a step in the right direction ever since the mid-season exodus of Bill O’Brien. That has translated to the best two fantasy weeks for Johnson since Week 1.

Now the Texans host the Green Bay Packers, one of the friendliest matchups to start running backs against in fantasy football. Their 17.86 D-PAC is second highest in the league, and they are currently allowing more fantasy points to the running back position than any other team, 34.84 per game. The Mike Pettine defense seems built to funnel offenses through the running game, and we just saw Ronald Jones II take advantage of that to rush for 113 yards and two touchdowns. This could be the first 100+ yard rushing performance for Johnson on the year.

The first-round pick, Clyde Edwards-Helaire, seemed to have all of the stars align for him to have a great rookie campaign as the season got started. Damien Williams opting out cleared the path for Edwards-Helaire to take the reigns and be a Top 12 running back in fantasy. But after just a quarter of the season, how things change quickly in the NFL. Enter Le’Veon Bell.

Bell is not the same kind of talent he was in Pittsburgh. Then again, maybe that was more Adam Gase than Bell taking a step back. See case studies Robby Anderson and Ryan Tannehill. Bell is clearly still a weapon, and it is likely he eats into the passing game. This is especially true as our own Ben Rolfe has explained for his Expected Fantasy Points that receptions are more valuable than rushing attempts. On top of that, CEH has had clear struggles at the goal line, a place where Bell has excelled over his career.

So we are already expecting less receiving work and a lack of goal-line opportunities. In addition, you also have to factor in a matchup against the Denver Broncos; a team ranked 29th in D-PAC against running backs. The Broncos have allowed the seventh-fewest rushing yards (553) and are tied for the second-fewest rushing touchdowns (3) on the season. With a murky situation for Edwards-Helaire and a bad matchup, it might be time to sit CEH if you can.

What wide receivers should you start/sit in fantasy football for Week 7?

Travis Fulgham might seem like Mr. Necessary for Philadelphia, but he has capitalized on the opportunities he’s been afforded, being the last man standing after an internal war of attrition. In the past two weeks, Fulgham has seen double-digit targets and turned them into 16 receptions, 227 yards and two touchdowns. Now, the Philadelphia Eagles are going to be missing Zach Ertz and Miles Sanders. Fulgham is in line for more targets than he could have ever daydreamed about back in August.

With a soft matchup against the division rival New York Giants, the defense focusing on Fulgham isn’t a concern. The Giants are averaging 39.32 PPR points to the receiver position, with the second-highest D-PAC. If the Eagles receiving group scores 39 fantasy points against the Giants, 35 of those likely go to Fulgham.

Just imagine what Allen Robinson could be if he were to be blessed with dynamic quarterback play. Robinson has been a fantasy stalwart with mediocre QBs (putting it generously) throwing him the ball, and he would likely be a matchup-proof player with a Hall-of-Famer under center. Unfortunately, he doesn’t have an All-Pro calling the plays; he has Nick Foles. It’s a big reason why Robinson is the WR70 in terms of FPD and 19th in CS.

With a Week 7 matchup against Jalen Ramsey and the Los Angeles Rams, Robinson’s fantasy outlook isn’t very optimistic. The Rams are both 31st in terms of D-PAC (9.22) and average points allowed to WRs (27.93). Being matched up against the team’s best cornerback, Foles is going to have to look to someone other than Robinson, and you should too.

Which tight ends should you trust or be cautious of in Week 7?

The Falcons defense is the gift that keeps on giving. On top of them being a great matchup to feature Matthew Stafford above, they are also particularly juicy for tight ends. Even though they allowed zero points to the TE group of Carolina in Week 5 (go ahead, name a Carolina tight end. I’ll wait…), they are still averaging more than 14 PPR points to tight ends a week and have the second-highest D-PAC.

Besides, T.J. Hockenson has just simply been good. Hock is 10th overall in terms of fantasy points at the position, 12th in yards per target, sixth in touchdowns, and seventh in fantasy points per game among all tight ends with at least 18 targets (three targets per game). If Hockenson keeps playing at this level, he is shortly going to be too good for me to include him as a fantasy start in this column without getting serious flack.

On the flip side of the Lions/Falcons coin from T.J. Hockenson is Hayden Hurst in a much tougher matchup against the Detroit Lions. Hurst has shown that it can be a struggle to know when to start or sit him, but Week 7 is pretty clear cut. Hurst demonstrated that he can disappear out of this offense in Week 5 against Carolina when his 1.8 fantasy performance demonstrated just how low his floor could be.

The Lions are a much tougher opponent for Hurst and have allowed fewer points per game, 6.32 compared to 10.52, and have a lower D-PAC, 1.38 compared to 3.23. Hurst is a streaming option at best, and this isn’t a matchup to stream against.

Did you like this piece? Disagree? Drop me a line and let me know @DumpsterDiveFF and go ahead and follow for more fantasy football nuggets & all things Consistency Score related.