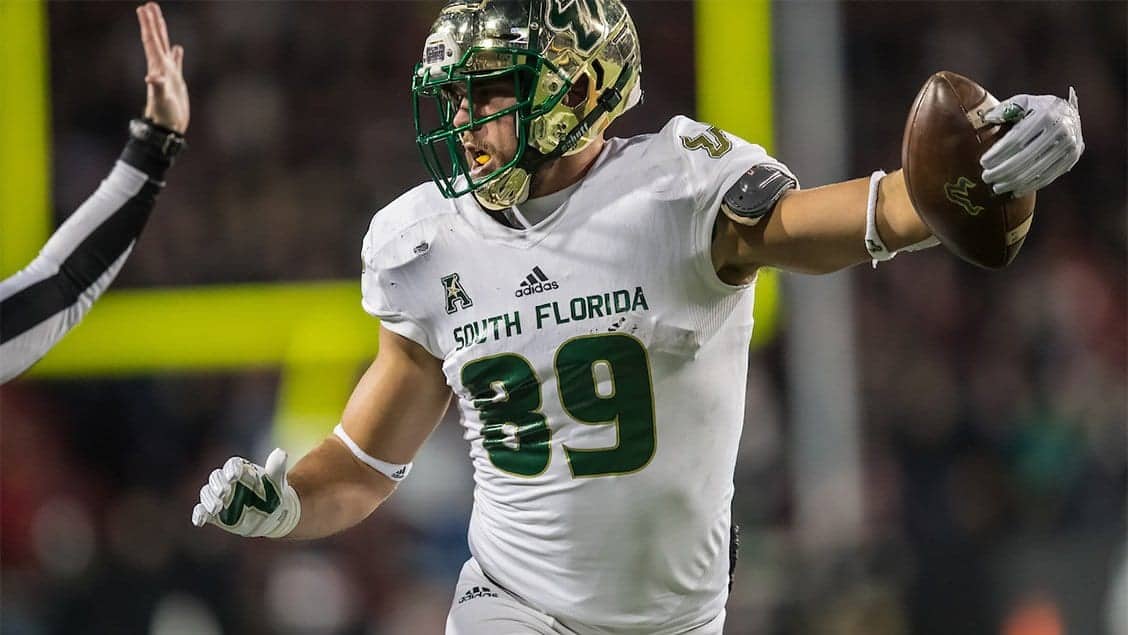 Except for the occasional top-100 pick, it’s been mostly last-day picks from South Florida in recent seasons. This is a trend likely to continue in 2019.

Many people grade tight end Mitchell Wilcox as an early-round selection, but I stamped him as a sixth-round pick; and from what I’ve been told, that’s the earliest scouts have him graded.

Wilcox is solid in all areas but spectacular in none. What stood out to me on film was that, while he catches the ball well and gives effort as a blocker, Wilcox shows little quickness, speed or raw athleticism in his game.

In many ways he reminds me of former Stanford tight end Kaden Smith, who was selected in the — wait for it — sixth round of last April’s draft.

And while I believe many overrate Wilcox, I firmly believe quarterback Blake Barnett does not get the credit he deserves.

Barnett is a nice-sized passer with enough arm strength to play at the next level, and he’s a heady quarterback who does not make bad decisions on the field.

Entering the past two seasons, I graded Greg Reaves as a potential third-round prospect. The issue for Reaves has been a constant change of positions. He did not take well to being used as a true space linebacker last season.

He’s shown enough ability prior to 2018 to make me believe he could line up as a pass-rush specialist and special teamer at the next level.

Note: This table has already been filtered for the South Florida Bulls prospects. To view other prospects that I have graded, use the drop-down lists below to filter the table.