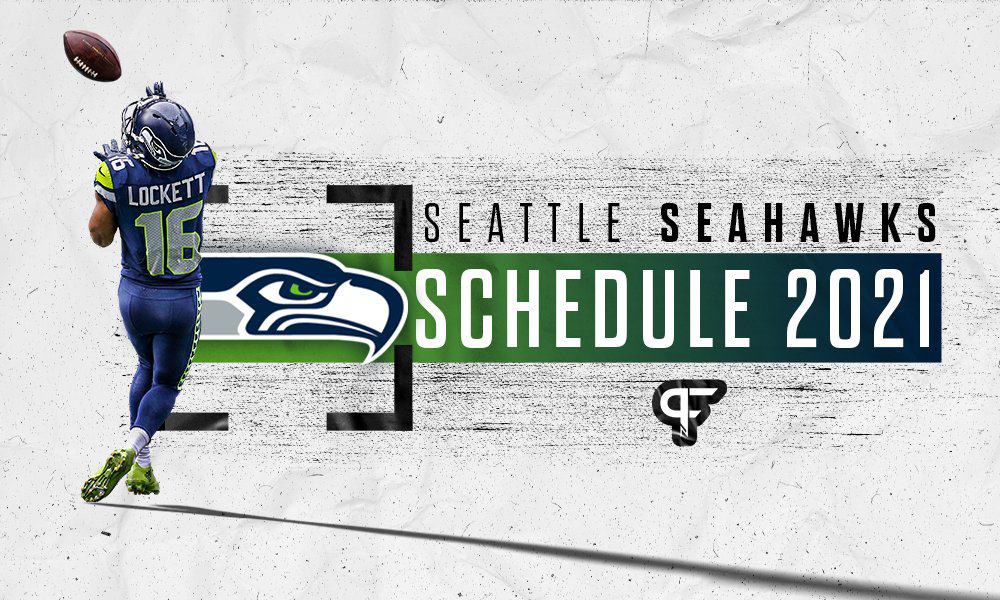 What is the Seattle Seahawks’ 2021 NFL schedule, how many primetime games do they play, and who are their toughest and easiest opponents this season?

No times have been set for the Seahawks’ preseason schedule.

How many primetime games do the Seahawks play in 2021?

The Seahawks will play five primetime games in 2021. They will be against the Rams in Week 5, Steelers in Week 6, Saints in Week 7, Washington in Week 12, and the 49ers in Week 13.

When is the Seahawks’ bye week?

The Seahawks’ bye is in Week 9.

After an ultimately disappointing season last year, the Seahawks head into the 2021 NFL season with a schedule that ranks in the middle of the pack. Their strength of schedule is tied for 16th most difficult with the Tennessee Titans. Their road schedule is the more challenging set of games, ranking as the 11th toughest road schedule. Meanwhile, their home schedule ranks as the ninth easiest in the league.

Despite having a middle-of-the-pack overall ranking, the Seahawks actually have six games on the schedule against teams projected to win 10 games or more. Yet, they have avoided facing any of the “big three” in the Tampa Bay Buccaneers, Kansas City Chiefs, and Baltimore Ravens. Their 17th game helps significantly as they battle the Pittsburgh Steelers instead of the Ravens. The Steelers are projected to 2.5 fewer games than the Ravens, according to Vegas projected win totals.

Four of those six games for the Seahawks are in their own division. The Los Angeles Rams have been a thorn in the side of the Seahawks in recent years. Seattle has lost 11 of the last 15 matchups between the two. They have split the regular-season games over the past two years, but the Rams defeated Seattle 30-20 in the playoffs in 2020. Against the San Francisco 49ers, the Seahawks have enjoyed more success. Seattle has won 13 of the last 15 meetings, including 2014 when they defeated the 49ers in the NFC Championship Game. Richard Sheman vs. Michael Crabtree anyone?

The other two matchups come on the road against the Indianapolis Colts and Green Bay Packers. Both of those matchups are interesting to judge. The Colts added Carson Wentz via trade this offseason, with that move having a wide range of outcomes. On the other hand, the Aaron Rodgers situation in Green Bay is finely balanced. Depending on which way that goes will make a huge difference to how this schedule looks.

The Seahawks 2021 schedule contains four games against teams projected to win seven games or fewer. Those come against the Chicago Bears, Detroit Lions, Houston Texans, and Jacksonville Jaguars. All four will either have a quarterback or head coach change from last season, with three of them potentially seeing changes at both positions. Potential matchups for this Seattle defense against rookie QBs such as Trevor Lawrence and Justin Fields will be intriguing. Additionally, Detroit boasts a familiar face to Seattle in Jared Goff.

The 2021 season for the Seahawks is likely to be as middle-of-the-road as their schedule. They have Russell Wilson under center, so they will be in the conversation as a potential playoff team. However, the rest of the roster lacks the depth to be high-end challengers. Every year this Seahawks team in that 9-12 win region. They reached 13 wins in 2013 but have failed to hit that high-water mark again since.

The NFC West has been a stout division for the last decade, and this season will be no different. Any one of the four teams could represent the division in the playoffs, and all four could be around the .500 mark come the end of the year. Seattle will be competitive, but this may just the second time they miss the playoffs since 2012.