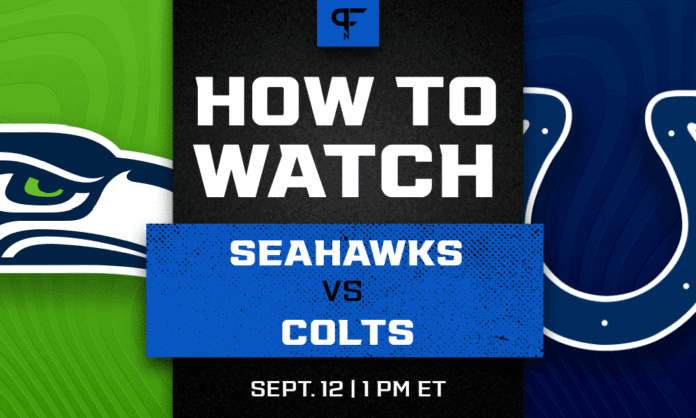 Seahawks vs. Colts prediction, how to watch, odds, and preview for Week 1

What channel has the Seahawks vs. Colts game, where can you live stream it, and what are the latest odds and predictions for the Week 1 tilt?

Following a turbulent offseason, this Seattle Seahawks vs. Indianapolis Colts game begins a 2021 season in which both teams will have eyes on the playoffs. Let’s take a look at the current NFL odds, TV channel, how to live stream, and a prediction for the Seahawks vs. Colts Week 1 NFL game.

Although he seemingly angled for a trade earlier this offseason, Russell Wilson is back under center for the Seahawks in 2021. He set a career-high mark last season with 40 touchdown passes. He has superb weapons at his disposal in DK Metcalf and Tyler Lockett, with Chris Carson featured in the running game.

Despite some star names on defense (Jamal Adams, Bobby Wagner, Carlos Dunlap), the Seahawks will be looking for that side of the ball to step up this season. Offensively, the main concern is the offensive line, which has struggled to protect Wilson in the past.

Colts QB Carson Wentz has had a rollercoaster of an offseason. After being reunited with head coach Frank Reich, Wentz has spent time on the reserve/COVID-19 list and had foot surgery in the last couple of months. However, he looks set to make his Colts debut as Indianapolis hopes he can be an upgrade over Philip Rivers.

The Colts’ offense is talented across the board. They have a solid quartet on their offensive line, but left tackle is a concern for the Colts in this game vs. the Seahawks. Additionally, they need one of their receivers to step up in the absence of T.Y. Hilton. Defensively, the Colts are not among the best teams, but they are building a solid unit.

The lack of practice time for Wentz and the constant injuries and missed time for their offensive line in the preseason could catch up to the Colts here. The Seahawks have such a strong group across the board — they should be able to come into Indianapolis and steal a victory.

How to watch Seahawks vs. Colts

Odds for Seahawks vs. Colts

With the uncertainty around the mobility and performance of Wentz, it’s no surprise to see the Seahawks favored. However, going on the road in Week 1 and playing in the early window can be tough for a West Coast team. A victory by around 3 points for the Seahawks feels like the most likely outcome.

Whether this total hits over or under almost entirely depends on Wentz. If he is limited and the Colts have to operate largely through the run game, then the under is the play. However, if Wentz is a full go here, both of these defenses have holes that the opposing offenses can exploit. The lean is to the under, but it’s nothing more than a lean.