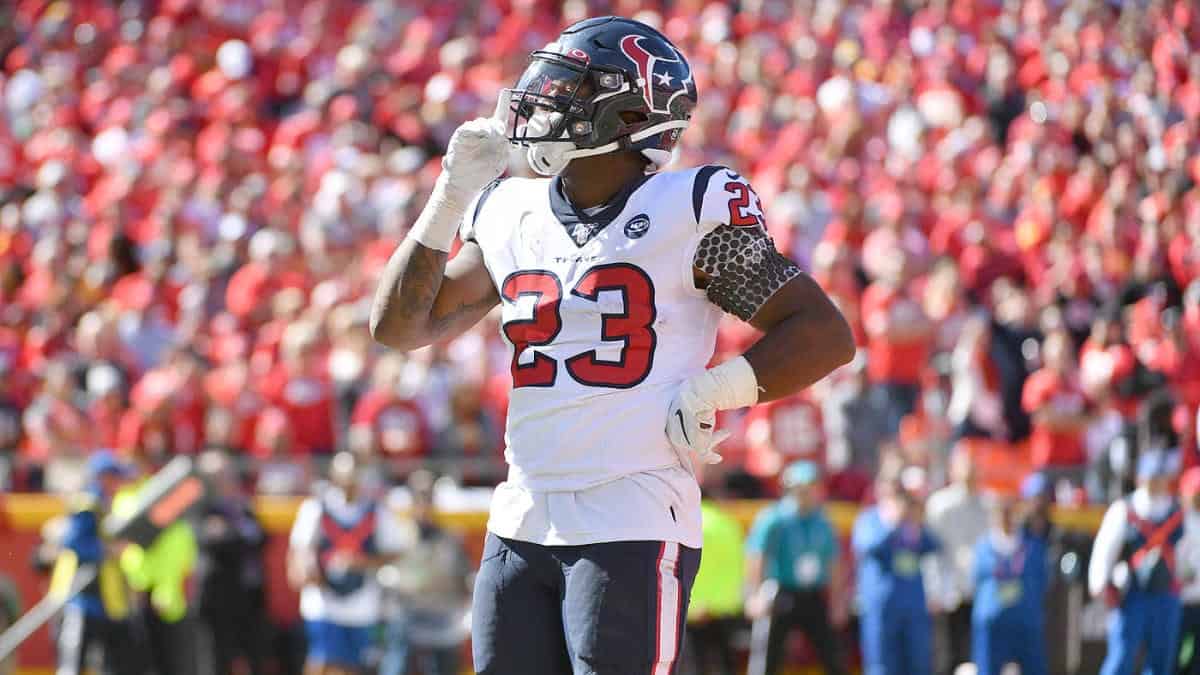 Despite a brief dalliance with Devonta Freeman, Carlos Hyde became the latest addition to the Seattle Seahawks backfield on Friday. Was Hyde the right running back for the Seahawks, or will they regret failing to land Freeman?

Although Seattle racked up 2,700 rushing yards in 2019, by the end of last year the Seahawks backfield was a mess. With injuries to Chris Carson, Rashaad Penny, and C.J. Prosise, the roster more closely resembled the University of Washington Medical Center emergency room than the Seahawks running back room.

Marshawn Lynch made a return to Seattle late last year and general manager John Schneider hasn’t ruled out a return in 2020 for the Seahawks legend.

However, the Seahawks backfield remained devoid of veteran leadership ahead of training camp. Before Friday, the Seahawks running back room consisted of three rookies, second-year back Travis Homer, plus Carson and Penny.

With the latter two both recovering from injury, and with Penny looking doubtful to be ready for the start of the season, the Seahawks swooped to add another piece to the backfield.

After talks with Freeman collapsed, Hyde signed a one-year deal worth $4 million. The Seahawks had offered the same deal to the former Atlanta Falcons running back, but Freeman seems happy to sit for a season in order to negotiate a deal that he feels fits his worth.

The Seahawks looked destined to sign Freeman for the longest time, but does Hyde represent the better option?

Using OSM to show Hyde’s value to the Seahawks backfield

Using a combination of Pro Football Network’s Offensive Share Metric (OSM) and NFL Next Gen Stats we can show that although it is a close-fought battle, Hyde is the better option for the Seahawks backfield heading into 2020.

OSM helps us to break through the usual barometers for success on the football field to see how much a play contributes individually to a team’s offensive results. For the running back position, that barometer would be rushing yards and touchdowns. However, having high numbers of either doesn’t tell the full story of a single player’s production.

Although their grades were extremely close, there was a large disparity between their production in 2019. Hyde secured his first 1,000-yard season on a career-high 245 carries. Freeman struggled to 656 yards and a career-low 3.6 yards per carry.

Hyde was more consistent throughout the season whereas Freeman had multiple games where his OSM grade was below 10, indicating that his performance was detrimental to the overall success of the Falcons offense.

The NFL is a league of recency bias. From a rushing yards and OSM perspective the 2019 season shows that Hyde is the better option for the Seahawks backfield than Freeman. What does a broader look show us?

Related – OSM Back to the Future: Chester Rogers’ top-ranked performance from 2017

The decline of Devonta Freeman

We can use Next Gen Stats and OSM going back to the 2016 season to paint a bigger picture.

The same decline is seen in his running back efficiency. Efficiency is measured by how many yards a player travels to gain a yard on the field. Freeman has never been the most efficient back in the NFL but has dropped from 4.05 yards to 4.59 yards between 2016 and 2019. Last season, he was the least efficient running back in the NFL.

No one is expecting Hyde to come in and lead the Seahawks backfield, but he represents better value as a rotational piece than Freeman. Despite having the best deep passer in the NFL in Russell Wilson, the Seahawks are a team committed to running the ball under Pete Carroll and as such could well be the perfect fit for Hyde to prove himself on a one-year “prove it” deal.