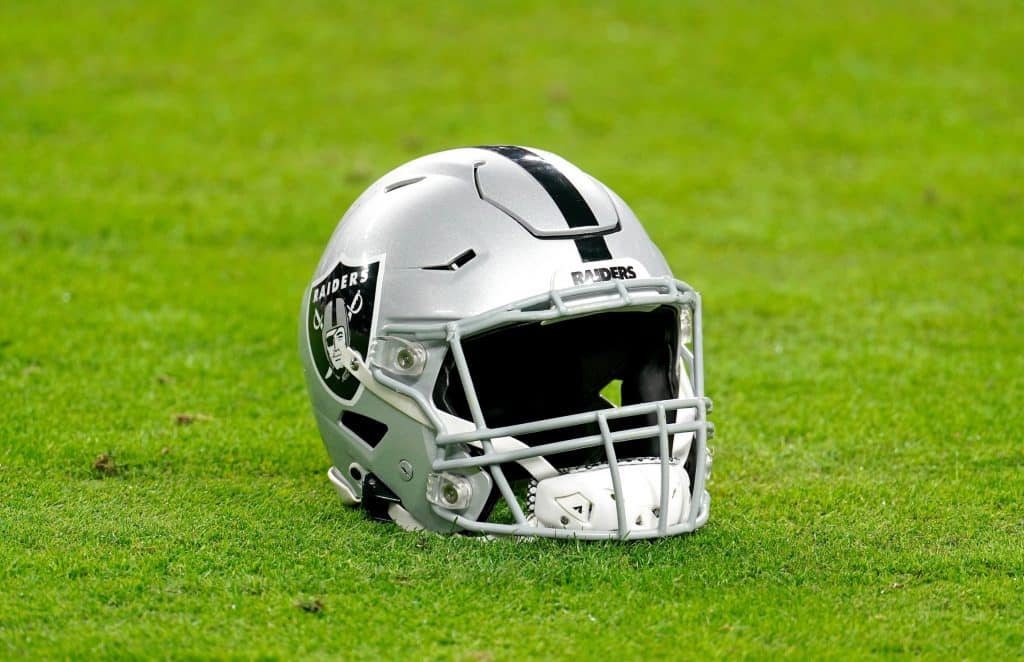 With the 2021 NFL Draft coming up fast, how does our latest 7-Round NFL Mock Draft for the Las Vegas Raiders shape up? Will the Raiders look to address their needs on offense or defense in the early rounds? With Derek Carr having just two years left on his current deal, do we see the Raiders eyeing a potential replacement in 2021?

How the Raiders open the 2021 NFL Draft will tell us how they feel about Carr. If they decide to trade up and draft a QB, it tells you they are ready to move on from him. However, if the Raiders start their draft like this 2021 NFL Mock Draft, it shows they are committed to Carr (at least short-term).

The Raiders have invested much in their cornerback group recently, but that is still one of their positions of biggest need this year. Targeting a player like Greg Newsome in the first round gives them a potential starter who can open the season in a depth role. Newsome has the talent to come in and challenge to start immediately for the Raiders in 2021.

In his scouting report, Pro Football Network’s Chief Draft Analyst Tony Pauline describes Newsome as a “nice-sized corner with a terrific feel for coverage.” While there are concerns around his speed, Pauline projects Newsome as a bump-and-run or zone cornerback.

Las Vegas traded away their right tackle Trent Brown this past offseason. That leaves Jon Gruden needing to add a player who could potentially start at right tackle. If a more natural right tackle like Alex Leatherwood is available at No. 48, he would be the selection here. However, with Leatherwood likely gone, Dillon Radunz offers the Raiders possibilities at the right tackle position.

After missing the 2020 season due to the FCS season being moved to spring, Radunz impressed at the Senior Bowl. In his scouting report, Pauline highlights Radunz’s versatility, strength, and awareness. Coming from a smaller school, there will certainly be question marks surrounding Radunz. His traits are there for him to be a first-round selection, but teams may be wary, especially those looking for immediate starters.

While Radunz will likely need time to develop, he could push Brandon Parker for the final available spot on Las Vegas’ offensive line.

After adding a corner in Round 1 of this 2021 NFL Mock Draft, the Raiders continue their focus on the secondary. The Raiders have Johnathan Abram set to start at strong safety but still have a gap at free safety. With no clear starter, the Raiders could bring in a player such as Talanoa Hufanga to compete for a starting role in 2021.

In his scouting report, Pauline highlights how Hufanga is strong both against the pass and run. While many will have Hufanga set to play SS, he has the skills to line up at FS. While he lacks top-end play speed, he contains a complete game outside of that. One highlight is his strong tackling in the open field, which could also see him utilized on special teams.

Any team looking for a linebacker in the third round should consider Dylan Moses if he is on the board. After missing the 2019 season due to injury, Moses did not look quite his old self when he returned. However, he possesses the upside of a first-round player. With the Raiders able to move on from Nick Kwiatkoski after the 2021 season, Moses can play a rotational role this season before potentially stepping in as a starter in 2022.

When a player’s stock drops this far, it can provide “buying” value. For the lack of big-play moments, Moses is a disciplined defender. In his scouting report, Pauline highlights how “Moses is consistently productive against the run and in coverage.” His ability to be a starter across a variety of defensive schemes could see him drafted ahead of the third round. Conversely, if he does drop into the third round, he is an ideal fit for the Raiders in the middle of their defense.

The Raiders used Nelson Agholor as their big-play receiver last season. In 2020, Agholor averaged 18.7 yards per reception with 8 touchdowns. Agholor’s average depth of target ranked 10th (15.5). While many expect Henry Ruggs III to take that role this season, the Raiders could target a player like Marquez Stevenson to fill the role vacated by Agholor.

In his three years as a starter, Stevenson averaged 15.4 yards per reception with a total of 22 touchdowns. Stevenson could contribute immediately for the Raiders as both a kick returner and a deep threat. His strength is a concern that could limit his role as his career develops. On the other hand, his speed will make him a useful asset who could contribute to the Raiders’ offense as a rookie.

The Las Vegas pass rush is an intriguing group. In Maxx Crosby, Yannick Ngakoue, and Clelin Ferrell, the Raiders have talented options. Additionally, they have Carl Nassib providing depth. In this Raiders 7-Round 2021 NFL Mock Draft, they add another depth defensive line option in Chauncey Golston.

As a rookie, Pauline has Golston as a potential situational pass rusher. At the end of the 2022 season, the Raiders could move on from Ferrell, Ngakoue, and Crosby. Therefore, by drafting Golston now, the Raiders can use him situationally in his first two years before allowing him to step up as a starter in his third season. While he needs to improve his strength coming into the NFL, he has upside and growth potential as a fifth-round selection.

Las Vegas has options at guard for the 2021 season. However, Richie Incognito and Denzelle Good could both be gone in 2021. With no clear future starters on the roster at guard, the Raiders select Robert Hainsey out of Notre Dame in this 2021 NFL Mock Draft.

While Hainsey played at tackle in college, he projects to be a valuable option as a starter at guard. In his scouting report, Pauline describes Hainsey as “explosive, strong, and gets movement run blocking.” While he lacks the athleticism to stay at tackle, the Raiders have a season in which to develop Hainsey at guard.

With the final pick of the Raiders 2021 7-Round NFL Mock Draft, it is time to look towards the future. The Raiders have the ability to move on from Carr at any point in the next couple of years. Additionally, Marcus Mariota is playing on the final year of his contract in 2021. Thus, the Raiders need to consider their future at the QB position. With time to develop a QB, a player like Feleipe Franks, who demonstrated real progress in 2020, could be a useful addition.

Franks is a somewhat limited QB prospect. While he has a great arm, he is restricted to being a pocket passer, limiting his potential upside. However, he remains a somewhat mobile player within the pocket itself. In his scouting report, Pauline highlighted Franks’ ability to sense pressure and move around the pocket to buy time. His arm talent is certainly not something that teams will question as his deep ball has an element of beauty.

Franks failed to impress in his first two years at Florida. He then lost his starting job in 2019 before transferring to Arkansas for the 2020 season. His final college season saw him complete 68.5 percent of his passes for 2,107 yards and 17 touchdowns. His touchdown-to-interception ratio of 17:4 and average of 8.9 yards per attempt are impressive figures. If the Raiders can continue that development from the 2020 season, Franks could turn into a serviceable starter in the NFL.