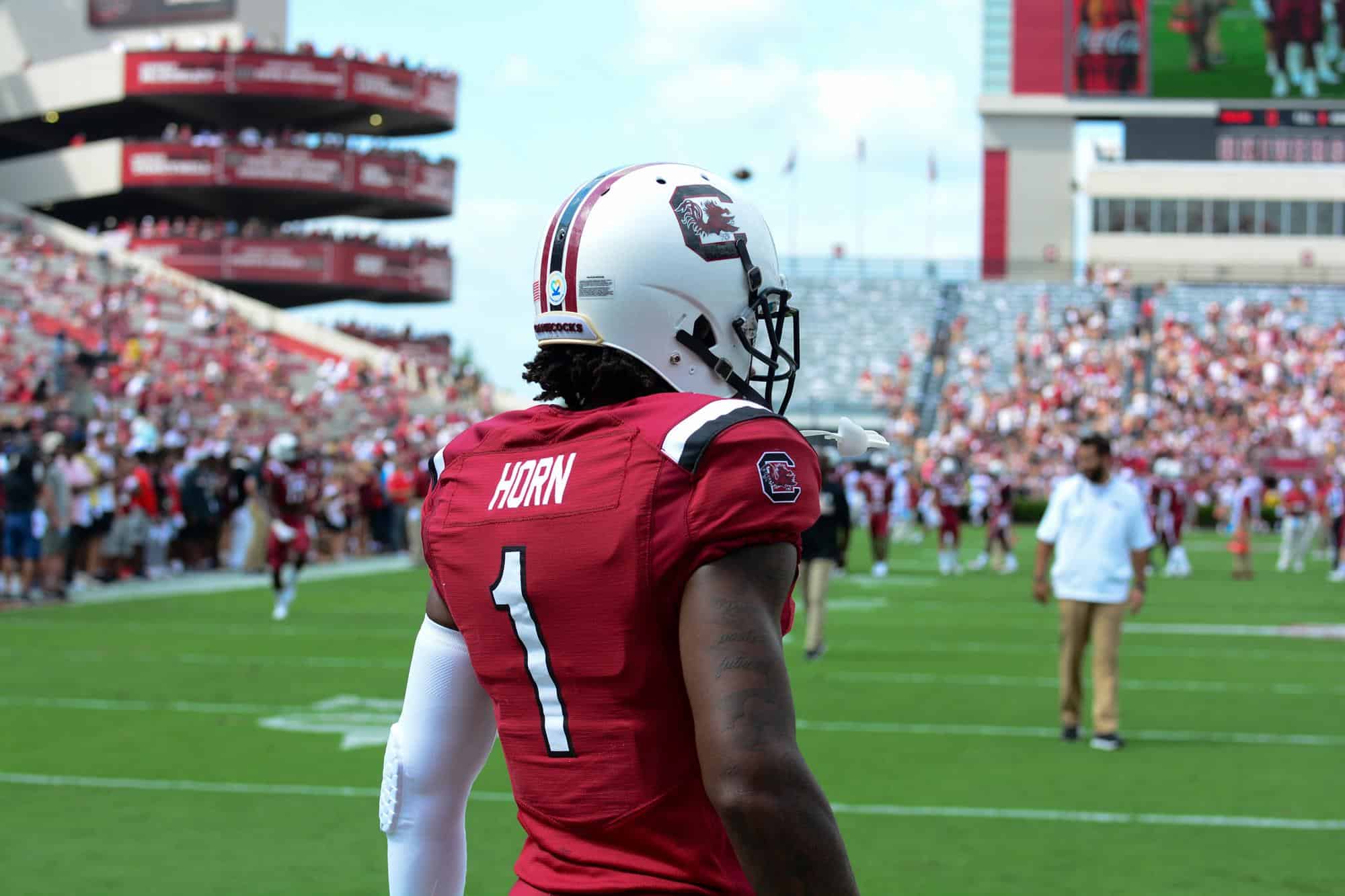 The cornerback position has become one of the premier positions in the National Football League. In fact, outside of quarterback and left tackle, it is the most important position in the game. Teams are throwing more and more resources at bolstering the position in an effort to slow down high powered offenses in the pass-heavy era. When it comes to the 2021 NFL Draft, we know the top cornerback prospects: Alabama’s Patrick Surtain II and Ohio State’s Shaun Wade. With that said, the draft class offers much more than just those two, here are a few of the 2021 preseason top cornerback prospects.

Before we move on, let’s look at the evolution of the cornerback position. Teams are desperate to find CBs that can cover, as it allows defensive coordinators to get creative with their defensive fronts. Teams are willing to spend top dollar in order to secure the elite at the position.

Just this past offseason, the Miami Dolphins signed Byron Jones to a record-setting five-year, $82.5 million contract. Not only are teams willing to spend big in free agency to acquire top CBs, but they will also utilize their draft capital as well. In the 2020 NFL Draft, we saw the Detroit Lions spend the third overall pick on Ohio State cornerback Jeff Okudah.

Outside of the wide receiver position, the CB group is the deepest position in the 2021 NFL Draft.  My top five cornerback prospects heading into the 2020 college football season are:

This group should come as no surprise, as these are the household names associated with the CB position when it comes to 2021. But next year’s draft class offers much more than those five, including a group of top prospects that are currently flying under the radar.

South Carolina CB Jaycee Horn has NFL bloodlines, as he is the son of former Pro Bowl wide receiver Joe Horn. Despite not securing an interception during the 2019 season, Horn showcased elite ball skills, defending 9 passes and forcing 2 fumbles. He possesses tremendous length and seamless fluidity, which allows him to match up with the top wide receivers that the SEC has to offer.

South Carolina defensive coordinator Travaris Robinson sums it up quite well: “His lack of interceptions and things like that. It’s frustrating to him. Like I tell him all the time, you look at the tape, look at the targets, when people are throwing the football to him, there’s not a lot of catches on him.”

Horn is a willing and able run defender, who isn’t afraid to throw his helmet around in run support. He is poised to have a brilliant 2020 season which will elevate his draft stock. Heading into this season, his teammate Israel Mukuamu is the more highly-regarded prospect, but if Horn can continue to enhance his balls skills, he will develop into the better pro prospect.

In the clip below, watch Horn backpedal, plant his foot into the ground and trigger a pass breakup. To make this clip even more impressive, the wide receiver whom Horn forces the incomplete pass from is Alabama’s gifted first-round prospect, DeVonta Smith.

Nice play here by Jaycee Horn. Takes a good angle out of his backpedal, fluid & quick transition, punches out the ball like a pro. Got beat on the route but the effort in recovery made the play. pic.twitter.com/nEdh0bBIiA

One of 2021’s top preseason cornerback prospects that isn’t getting enough attention is Virginia Tech’s Caleb Farley. As a redshirt sophomore in 2019, Farley demonstrated elite balls skills with his 4 interceptions and his 12 passes defended. He possesses a tremendous blend of speed and athleticism, which will surely garner the attention of NFL scouts.

Caleb Farley certainly brings ball skills and playmaking ability to the table, which is evident in the clip below.

As I mentioned in my article on overrated and underrated 2021 NFL Draft prospects, Farley possesses prototypical size, standing 6’2″ with a strong, muscular build. As his 2019 statistics indicate, which include leading the ACC in interceptions and being second in the conference in passes defended, he has elite ball skills. He comes with great speed, high football intelligence, and excellent fluidity. Not only will Farley be a surefire first-round selection in the 2021 NFL Draft, but he also has the potential to be a top-20 selection.

Heading into the 2019 college football season, Stanford cornerback Paulson Adebo was a highly regarded first-round prospect, but an inconsistent junior season had his draft stock on a downward spiral. In 2020, Adebo looks to regain his 2018 form and regain his status as a first-round draft selection. In 2018, Adebo was a monster, intercepting 4 passes, accumulating 17 passes defended, and a forced fumble. In 2019, he showcased plus ball skills again by intercepting 4 passes and defending another 10.

Like the above-mentioned Horn, Adebo possesses tremendous length and uses it well. He is also a physical player, allowing him to jam receivers at the line of scrimmage with ease. When you watch tape of Adebo, his patience as a defender and football intelligence stands out. Despite accumulating 8 interceptions in 22 career games, one weakness to Adebo’s game is his ability to track and locate the football. Also, his technique could use some refinement, which would come with NFL coaching.

When Paulson Adebo is on, he is one of the best cornerbacks in the nation. The clip below will highlight how well Adebo utilizes his length at times. If he can find more consistency, his draft stock will explode.

Huge play by #11 Paulson Adebo to break up a perfectly thrown ball by Herbert in overtime. pic.twitter.com/xiOBYmywsx

At the end of the day, Adebo has the size and skill-set to be an impactful boundary cornerback in the NFL. A strong 2020 season could land him as a first-round selection, with his floor being an early second day pick.