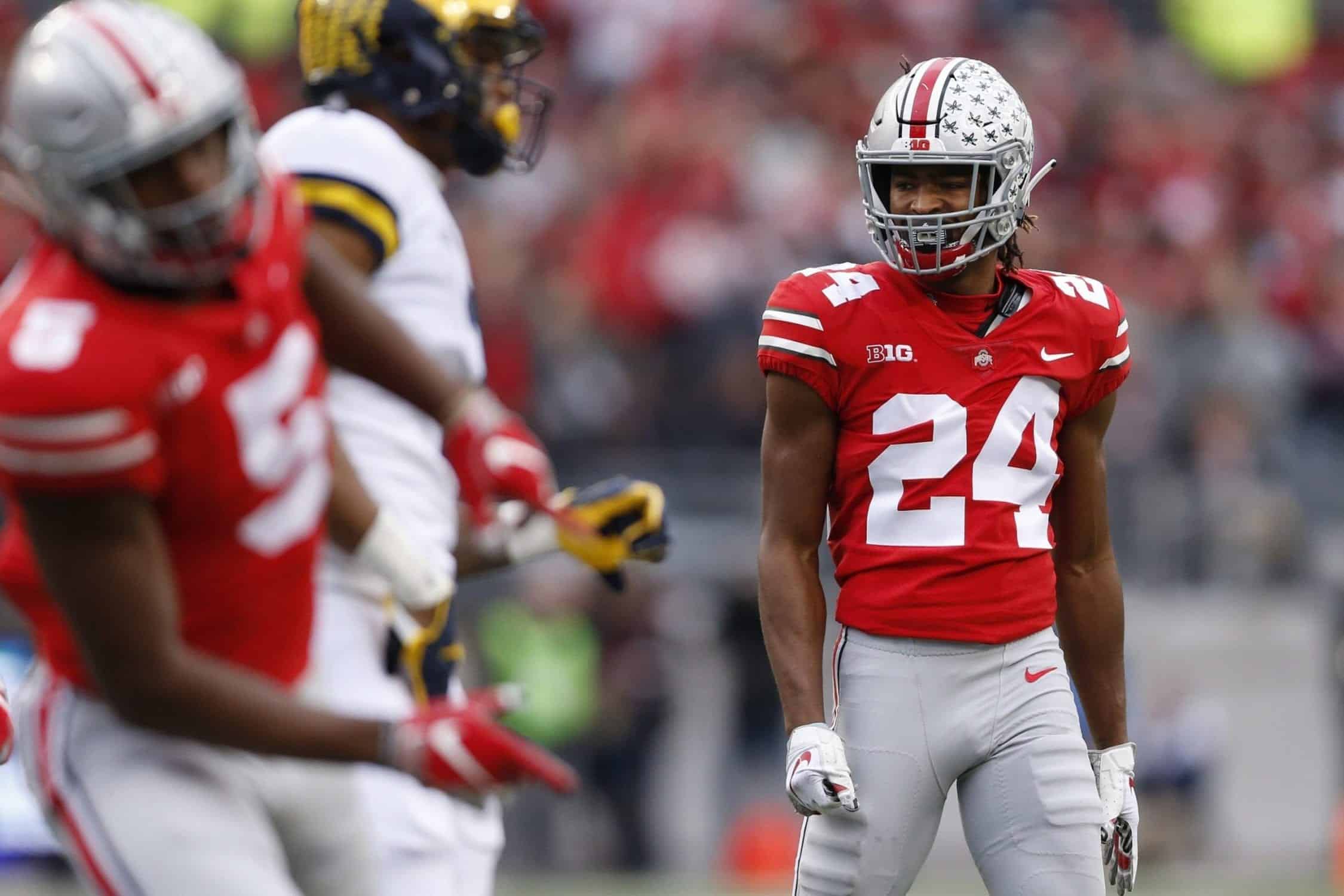 Coming off the heels of a lackluster 2020 group of cornerbacks, the 2021 class gives us much to be excited about. The 2020 group wasn’t so bad, as it featured Ohio State’s Jeffrey Okudah, who was selected with the third pick by the Detroit Lions. No cornerback in the 2021 group is of the caliber of Okudah, as he is one of the better cornerback prospects to come out in the last decade. The 2020 class also featured Florida’s CJ Henderson, Auburn’s Noah Igbinoghene, and TCU’s Jeff Gladney. All-in-all, it was a solid group, but the 2021 class is far better overall. CB1 is currently a tossup battle between Ohio State’s Shaun Wade and Alabama’s Patrick Surtain Jr.

In a pass-heavy NFL featuring the likes of Patrick Mahomes, Drew Brees, Aaron Rodgers, and Dak Prescott, cornerback has become one of the premium positions. Look what the Miami Dolphins have done to bolster the position during the last calendar year. First, they signed Xavien Howard to a five-year extension that will pay him $76.5 million. At the time of this extension, it was the biggest contract for a cornerback in NFL history.

Just one year later, the Dolphins made another splash at the position by signing Byron Jones to a lucrative five-year deal that will pay him $82.5 million over the course of the contract. Jones’ contact with Miami surpassed that of Howard, ultimately making him the highest-paid cornerback in NFL history.

After signing two premier cornerbacks to gargantuan contracts, you’d think Miami would be done at the cornerback position, but they decided to spend a first-round pick in the 2020 NFL Draft on Igbinoghene. The moral of the story is that a team can never have too many good cornerbacks. To offset a modern-day NFL which is designed to produced high-octane passing attacks, finding defenders that can cover is paramount.

What makes Wade a top prospect?

Shaun Wade is extremely versatile but does his best work in the slot. He possesses tremendous instincts and football intelligence. You will rarely catch Wade out of position. In addition to his versatility, Wade’s best traits are his elite read and recognition skills and his impact in run support. Wade is an absolute enforcer against the run.

Wade could thrive in a defense that properly utilizes his jack-of-all-trades ability. He seems to find himself always in a position to make a play. One underrated quality when it comes to Wade is his ability to blitz. In the clip below, watch Wade ferociously blitz off the corner and make a play on the ball with a strip-sack.

If you’re thinking to yourself that the name “Patrick Surtain” sounds familiar, well, you’re right. The father of Alabama’s Patrick Surtain Jr. was at one time a top NFL cornerback, making multiple Pro Bowls with the Miami Dolphins. Coming out of high school, Surtain Jr. was highly regarded, being ranked nationally as the number six overall player. Despite being heavily pursued by the likes of Clemson, Miami, and LSU, Surtain Jr. ultimately decided that he was going to play his collegiate ball at the University of Alabama.

What makes Surtain Jr. a top-prospect?

When it comes to CB1 in the 2021 NFL Draft, Patrick Surtain Jr. is at the top of the list. In addition to his outstanding size, Surtain Jr. is extremely sticky and possesses elite ball skills. He has tremendous length and can match up with big, physical wide receivers. He plays predominantly on the outside but has the tools to help inside if needed.

The clip below will show Surtain Jr., a freshman at the time, displaying tremendous polish, great hands, and elite ball skills with his interception of a pass from Texas A&M quarterback Kellen Mond.

🎥 REWIND: Freshman Patrick Surtain II with a 20-yard interception return to set up Alabama’s field goal right before the half. #Alabama 31, Texas A&M 13 at halftime.

When the dust settles, Surtain Jr. will be a top-10 selection in the 2021 NFL Draft. He has prototypical size, unparalleled ability to locate the football, and great hands, which make him a threat to be a turnover machine at the next level.

One of the most amazing battles during the college football season will be between Shaun Wade and Patrick Surtain to be CB1 in the 2021 NFL Draft. Wade is more versatile and is far superior in run support, but when it comes to length and ball skills, the nod goes to Surtain Jr.

Ultimately, while both players are enticing prospects, I’ll give the nod to Patrick Surtain Jr.  It’s an extremely close call, but Surtain Jr. is my guy because of his god-given size and length, and due to his great hands, which will lead to eye-popping interception volume in the NFL. Winner: Patrick Surtain Jr.