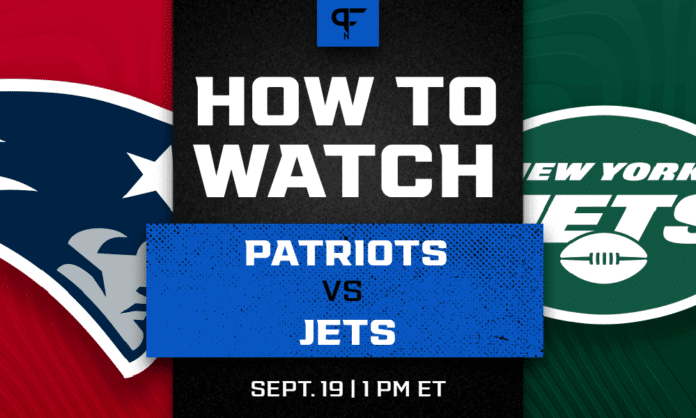 Patriots vs. Jets odds, line, prediction, and how to watch the Week 2 game

What are the latest odds and predictions ahead of the Patriots vs. Jets matchup, and what channel can you watch the game on?

After a losing start for both teams, this New England Patriots vs. New York Jets matchup becomes more important as both sides hope to avoid going 0-2 to start the year. Let’s take a look at the current NFL odds, a prediction for the game, the TV channel, and how to live stream the Patriots vs. Jets Week 2 NFL contest.

A team being favored by 6 points on the road is significant. However, when you watch the performances of these two teams in Week 1, it’s clear to see why the spread is so large.

The Patriots dominated the box score against the Miami Dolphins. They averaged a whole yard more per rush attempt and had over 80 yards more through the air. The problem was that they turned the ball over twice on crucially-positioned fumbles and could not convert opportunities into touchdowns. However, with a rookie QB under center, that conversion rate should increase throughout the year.

For the Jets, the scoreboard looked closer than the game against the Carolina Panthers actually was. At one point late in the first half, Christian McCaffrey had more yards on his own than the Jets had as a team. The Panthers outgained the Jets by over 100 yards and sacked Zach Wilson 6 times. The Jets averaged just 2.6 yards per carry and 4.8 yards per pass attempt in Week 1.

If the Patriots start 0-2 with two divisional losses, the alarm bells will start ringing for Bill Belichick. However, as the odds suggest, the Patriots should have more than enough to handle the Jets. New York has injury problems all over its roster, and the offensive line is a major concern.

Meanwhile, the Patriots were able to move the ball at will at times against the Dolphins. Additionally, their defense only allowed two big drives from Tua Tagovailoa and the Miami offense. Mac Jones and his team should have more than enough for Wilson and the Jets in a battle of two first-round rookies.

How to watch Patriots vs. Jets this week