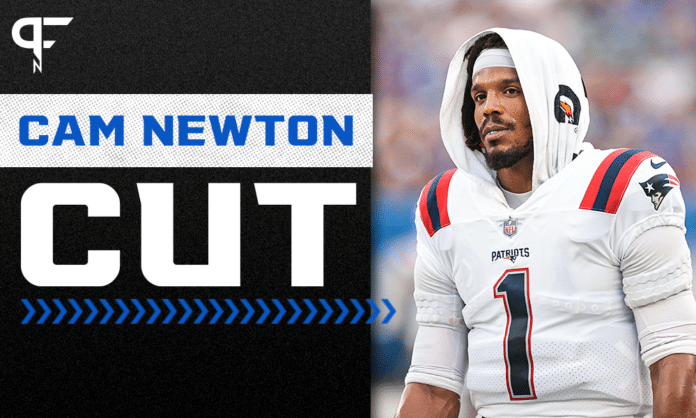 Following the shocking release of Cam Newton, rookie Mac Jones is set to be the starting QB for the New England Patriots.

The New England Patriots rocked the football world Tuesday with the release of QB Cam Newton — a surprise move that clears the way for first-round pick Mac Jones to make his NFL debut when New England’s season opens in 12 days.

The jaw-dropping development was first reported by the Boston Globe.

Why did the Patriots release QB Cam Newton?

Newton, on Instagram, wrote Tuesday afternoon: “I really appreciate all the love and support during this time but I must say … please don’t feel sorry for me!! I’m good.”

As recently as last week, Patriots coaches referred to Newton — the former league MVP — as their starter. But that was before Newton, who is unvaccinated despite catching coronavirus last year, went on the reserve/COVID-19 list for a close contact.

The Patriots’ decision to cut Newton had several factors: faith in Jones, Newton’s uneven performance this summer, and a deep frustration with Newton’s refusal to vaccinate, which could be a season-altering decision. Those who refuse the shot are subject to stringent protocols that could keep them out of games, even without a positive test.

Patriots head coach Bill Belichick hinted at this dynamic Monday when he declined to name Newton the team’s Week 1 starter.

“I feel like whatever we do in the next couple of days, like every day, should be what’s best for our football team, and that’s what we’re going to try to do,” Belichick said.

When asked what would factor into the team’s decision, Belichick replied:

Jones’ excellent play in the preseason gave the Patriots conviction they could cut Newton, whose one-year contract included $3.5 million in guarantees.

Jones completed 36 of 52 passes for 388 yards, 1 touchdown, and zero interceptions for a passer rating of 97.3. He also thrived with the first-team offense in joint practices with the Giants last week while Newton was forced to sit out after taking an unauthorized test.

Newton wasn’t great in practice, we hear, but in preseason games, it’s not like he was awful. He just wasn’t good enough to hold off the future.

That future begins in Foxboro on Sept. 12, when the Patriots host Brian Flores and the Miami Dolphins.

“If he’s earned the respect of Bill Belichick and Josh McDaniels, then he has my respect,” Flores said. “He was a very good college player. Did a lot of great things there. … We’ll have our hands full with him and the whole team.”