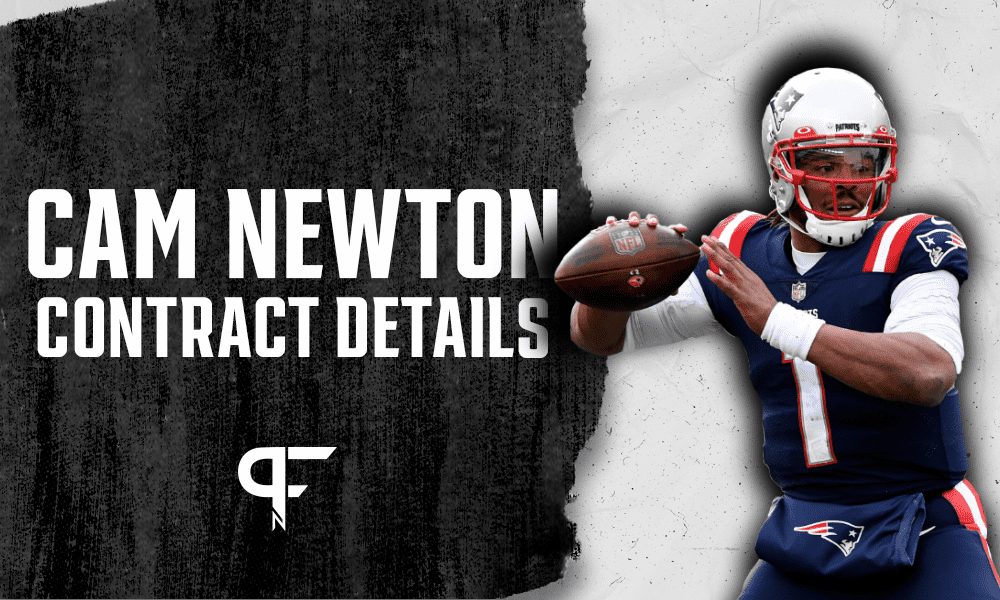 After a tough year in 2020, Cam Newton returned to the New England Patriots on another one-year contract with a reasonably low salary. What are the specifics of Newton’s NFL contract, and how does it affect the Patriots’ salary cap in 2021?

Newton’s contract is somewhat simple on the surface, with more complicated elements tied in. At its most basic level, it is a $3.5 million guaranteed deal. Yet, it has the potential to be worth more than $14 million. Newton received a $2 million signing bonus and has a $1.5 million guaranteed salary.

What are the incentives in the deal?

On a personal achievement level, there is a further $2 million tied to Newton’s performance. He can earn $1 million if he is named Super Bowl MVP. Meanwhile, being selected as an All-Pro or to the Pro Bowl on the original ballot will earn him an additional $1 million in total.

What impact does Newton’s deal have on the Patriots’ salary cap?

As it stands, Newton’s contract will count $5.4 million against the Patriots’ salary cap. $3.5 million of which is the base salary and signing bonus. Additionally, another $1.3 million comes in the form of his per-game roster bonus that is considered likely to be earned.

The final $600,000 is held in the workout bonus and the 60% playtime incentive. If he does not reach the likely-to-be-earned thresholds, the Patriots will get that cap space back as cap credits in future seasons.

What options do the Patriots have with Newton’s contract?

The Patriots do have the option to move on from Newton and his contract ahead of the 2021 NFL season to save some cap space. Dependent on when the workout bonus is due, releasing Newton would save the Patriots $1.8 to $1.9 million in cap space.

Releasing Newton would leave the Patriots with $3.5 million in dead money initially. However, there is offset language in the deal that allows the Patriots to redeem some of it if Newton signs elsewhere. Even on a veteran minimum deal for another team, the Patriots would save more than $1 million of that guaranteed base salary.

In the event of a trade, the Patriots would be left with the $2 million in signing bonus as dead money. The remaining base salary and all of the bonuses would transfer to the new team as part of the trade.