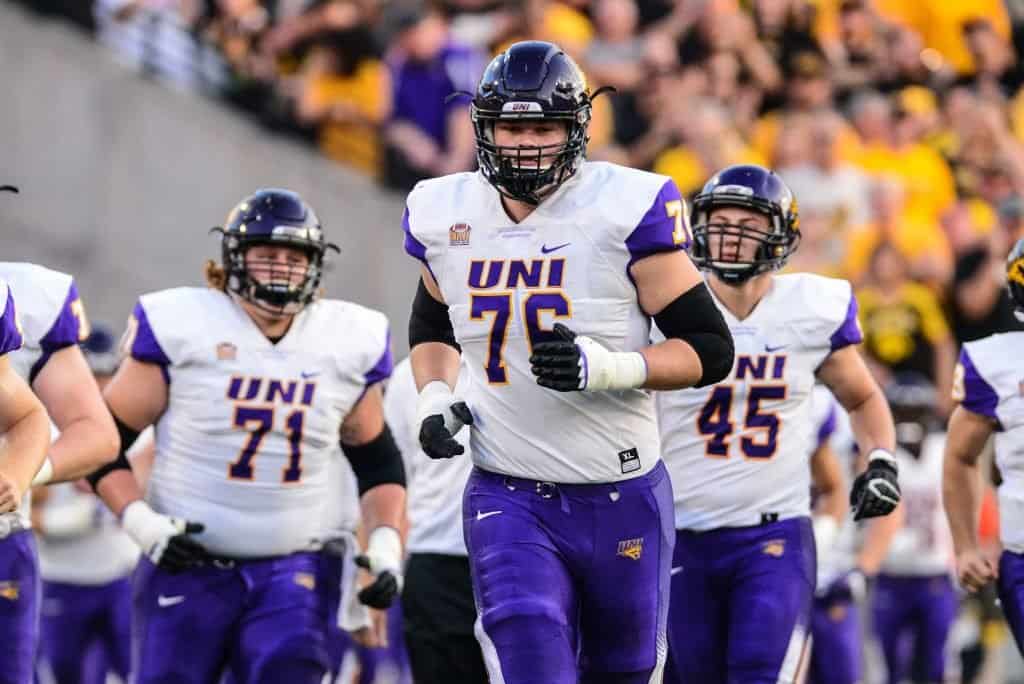 Let’s break down the 2021 Northern Iowa Pro Day and the NFL Draft prospects that took part in the event. Stay tuned for updates and buzz from the pro day circuit — bookmark us to stay up with all the latest!

Don’t look now, but Northern Iowa, an IAA program whose 2020 season was postponed till the spring, could have two players selected during the draft’s top 100 choices.  Here’s a look at the pro-day workouts of Elerson Smith and Spencer Brown.

Both of NIU’s next-level prospects wowed the scouts at hand, performing beyond expectations.

Offensive line coaches from the Chicago Bears, Cincinnati Bengals, New England Patriots, Pittsburgh Steelers, and Arizona Cardinals were on hand for what some described as one of the best offensive line workouts they’ve witnessed in half a dozen years.

Brown measured in at 6’8 1/2″ and 311 pounds. His arms reached 34 ¾ inches and he completed 33 reps on the bench, although scouts took four away for poor technique, officially crediting him with 29 reps.

Brown translated that athleticism into position drills and looked terrific. Besides the teams who sent offensive line coaches, the Baltimore Ravens are very high on Spencer Brown. This bears watching considering the ongoing drama with the team’s existing right tackle, Orlando Brown.

Fellow 2021 Northern Iowa prospect Elerson Smith also had an outstanding workout.  The pass rusher touched 41.5 inches in the vertical jump, 10-feet-7-inches in the broad, and completed 26 reps on the bench.

He had a fast 40 time at 4.69 seconds with 7 seconds flat being his three-cone mark. Smith, who had a sensational week of practice at the Senior Bowl, was put through defensive end and linebacker drills.

Smith presently grades as a third-round pick on my big board while Brown I have down as a late-third to early-fourth in large part due to the abundance of tackles in this year’s draft.