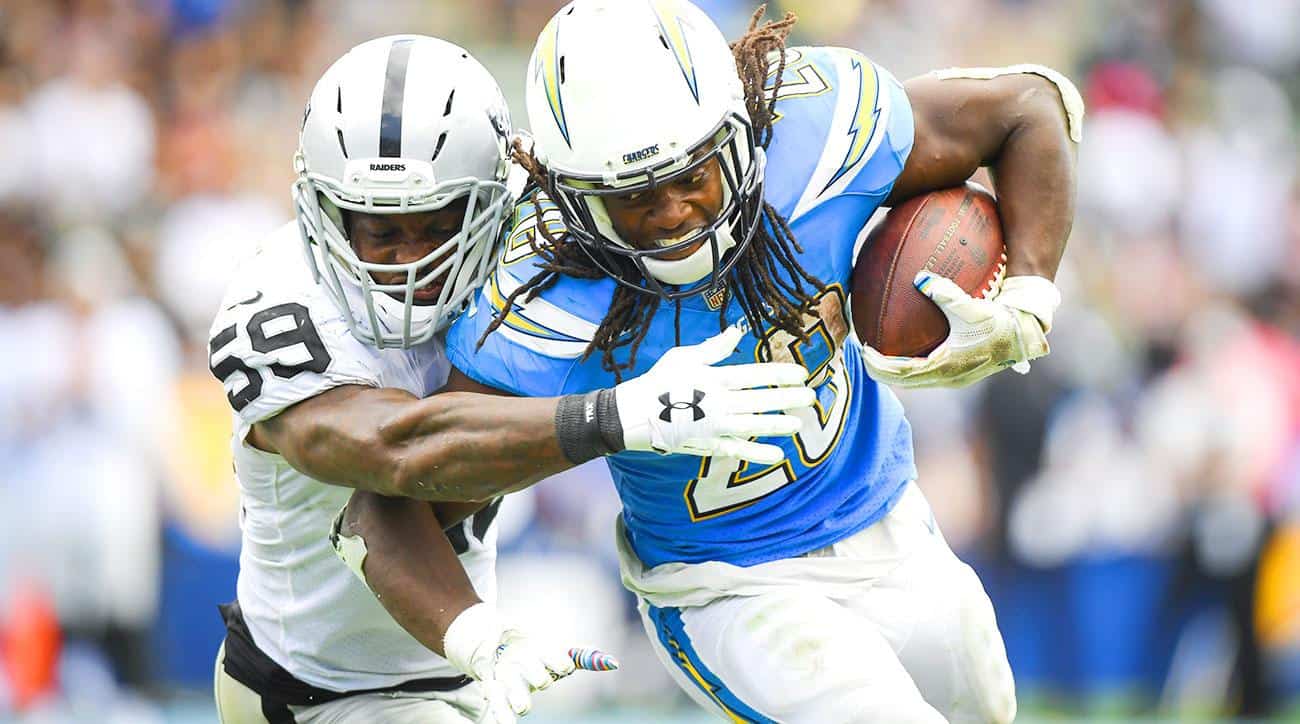 Unless you’ve been living under a rock – and even there, I’m pretty sure you can access Twitter – you have probably heard the big news coming out of southern California.

Los Angeles Chargers running back Melvin Gordon announced last week that he would not report to training camp and he will demand a trade unless he receives a new contract. According to his agent, Fletcher Smith, Gordon did not want to go this route. But because of the lack of progress in negotiations and the offers the Chargers made this offseason, they felt it necessary to voice their displeasure.

Gordon, who is entering the final year of his rookie contract, wants to be paid like a top running back. Why? Well simple, he is one.

Since 2016, Gordon ranks fourth in yards from scrimmage and tied for second in rushing touchdowns, per 247Sports’ Allan Bell. Last season, the former top 15 pick averaged 114.6 scrimmage yards per game and collected 14 touchdowns on his way to a Pro Bowl year.

Gordon falls in a similar category below perhaps running backs Le’Veon Bell and Todd Gurley but probably in the same range as David Johnson. All three have been paid within the last season. To add to the list of running backs getting paid, both Devonta Freeman and Jerick McKinnon have received lucrative deals although dealing with injuries.

To say the running back market isn’t as strong as once before is true – but it’s far from dead. Multiple teams would love to add someone with Gordon’s skills to their backfield as another offensive piece moving forward.

Knowing the history of the Chargers and lack of negotiations, a trade is far more likely than an extension. Who are some teams that could use Gordon’s skills? Let’s dive in and find out.