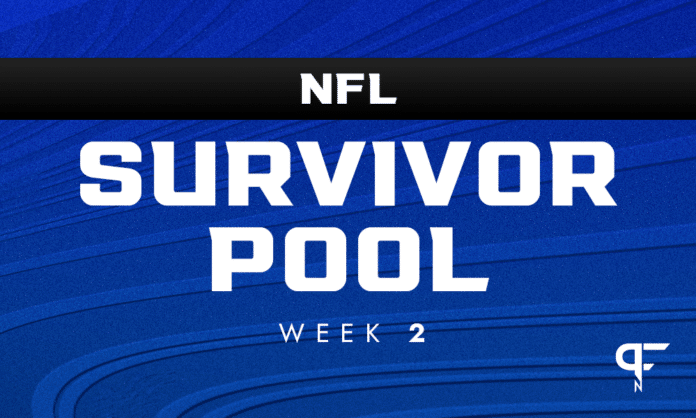 If you are reading this article, congratulations are in order as you must be through to Week 2 of your 2021 NFL survivor pool. However, things are already tougher because you now have one less team to pick from, narrowing down your viable options even further. Let’s take a look at which teams are potential Week 2 NFL survivor pool picks and which clubs might be a trap.

Which games could be potential survivor pool selections for Week 2 of the 2021 NFL season?

The Browns very nearly pulled off a huge victory over the Kansas City Chiefs, underlining Cleveland’s credentials as a potential Super Bowl team. There is the chance this is a letdown game, but that is mitigated with it being in Cleveland.

Houston looked good last week, but the Jaguars were also awful. There is a strong chance the Texans come back down to earth with a thud in Week 2. These two teams are at complete opposite ends of the PFN Week 2 power rankings.

While you don’t want to use the Buccaneers as an NFL survivor pool pick as early as Week 2, this might be as good as it gets as far as matchups go. The Buccaneers have more rest, are at home, and face a team who just got destroyed by the Eagles at home.

The performance of the Arizona Cardinals in Week 1 was incredible. They went into the stadium of a 2020 AFC playoff team — the Titans — and completely dominated them.

The key to the victory was the strength of Arizona’s pass rush, with Chandler Jones picking up 5 sacks. Meanwhile, the Vikings’ offensive line was a mess in their loss to the Bengals. They were called for 5 offensive holding penalties and 5 false starts. On top of that, Kirk Cousins was sacked 3 times and hit 8. It could be a long day for Minnesota’s offense in this game.

Other games to consider:

Which games are tempting to select for your NFL survivor pool in Week 2 but could be trap games this week?

The Saints won a huge game in Week 1 on the back of an emotionally charged situation following Hurricane Ida. Coming off that victory, there will likely be a groundswell of support for them. However, they continue to be “homeless” and are now dealing with multiple COVID cases this week.