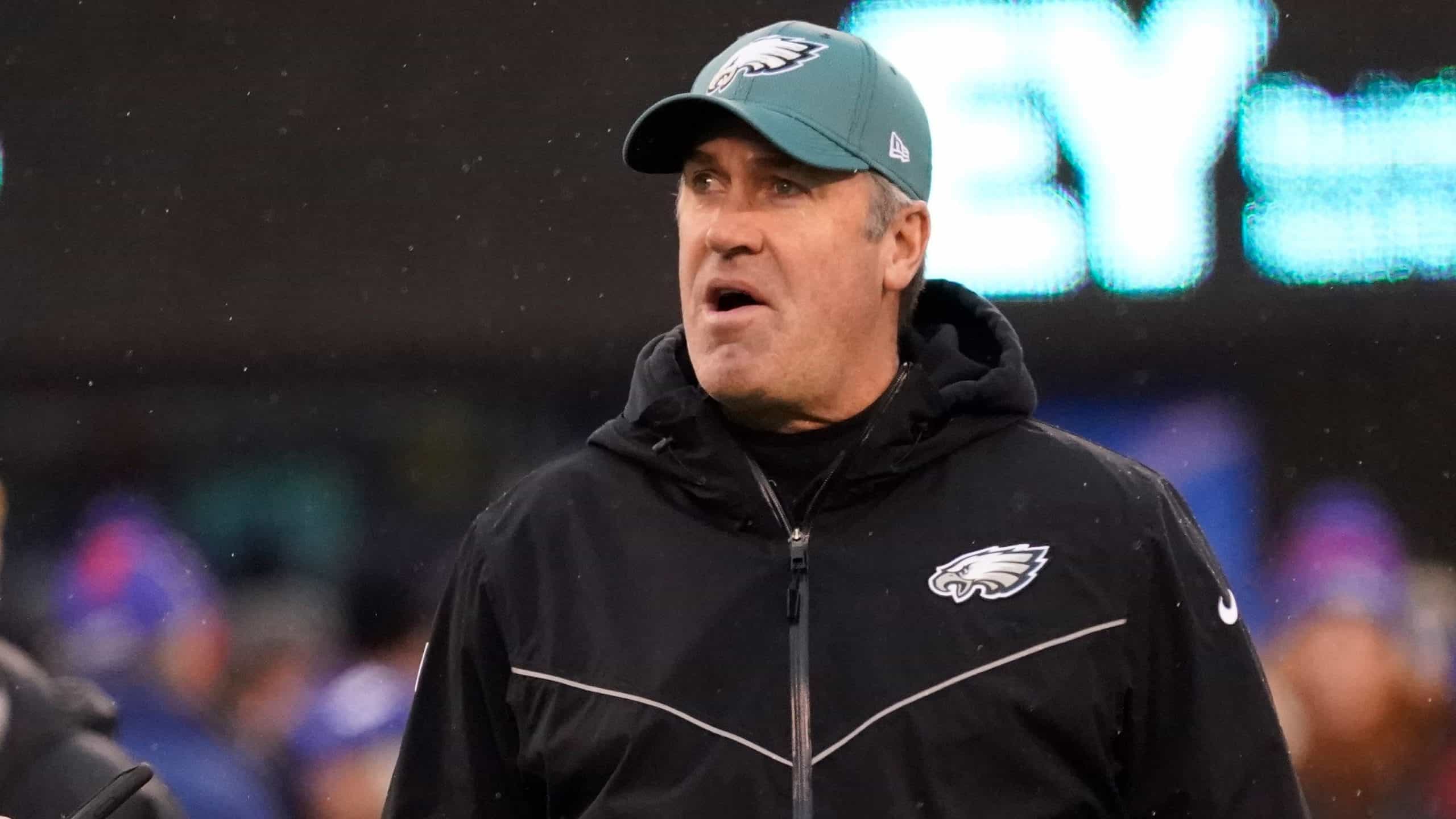 The latest news and rumors surrounding Doug Pederson are not what you may expect for the Philadelphia Eagles head coach. On Thursday’s NFL Draft Insider’s Podcast, PFN Insider Tony Pauline mentioned that there are some in the league who feel Pederson may have reached his limit and it will be a struggle for the Eagles here on out.

“There are some rumblings from people inside the league who I spoke with earlier this week who feel that Doug Pederson may have reached his limit. Doug Pederson may be stressed out a little bit. Basically, it’s not going to get any better for Doug Pederson,” sources told Pauline.

Pauline did stress that this was not an opinion he shares nor one he’s rooting for, as he likes Pederson as a coach and person. The full conversation begins around the 26:00 minute mark and can be heard by clicking the audio player at the end of this article.

Looking at Pederson’s time in Philadelphia

Every season comes with heavy expectations, especially in a sports market as passionate as Philadelphia, and Week 1 will have done nothing to ease the pressure on Pederson.

The Eagles were physically dominated by the Washington Football Team, falling 27-17 as Carson Wentz was sacked eight times behind a makeshift offensive line missing multiple starters. A divisional loss is always a bad way to start the season, especially in a historically competitive division like the NFC East.

Pederson famously coached the Eagles to their first and only Super Bowl, lifting the Lombardi Trophy at the end of the 2017 season. After leading the team to a 10-2 start to the season, starting quarterback Carson Wentz tore his ACL in Week 14. Pederson was left to navigate the remaining three games of the regular season with journeyman backup Nick Foles, holding on to the top seed in the NFC.

Given little chance of success, the Eagles overcame their underdog status to reel off victory after victory, culminating in triumph against the New England Patriots in Super Bowl LII.

Pederson’s journey to the top

Pederson has been involved in football for a long time. After a successful collegiate career as the quarterback of Northeast Louisiana University, he went undrafted in 1991 and worked his way onto legendary coach Don Shula’s Miami Dolphins roster.

He mainly bounced around the league as a backup before a short-lived starting position for future mentor Andy Reid in Pederson’s first spell in Philadelphia.

He eventually retired from playing in 2005, moving to the high school level and Calvary Baptist Academy for his first opportunity as head coach. He was reunited with Andy Reid in 2009, rejoining the Eagles and spending time as an offensive quality control coordinator and quarterbacks coach before moving with him to the Kansas City Chiefs and taking up the position of offensive coordinator.

After a few successful seasons, Pederson accepted the Eagles head coaching job in 2016. Since that time, he has compiled a 38-27 record, with two first place NFC East finishes.

You can listen to the brief segment on the NFL Draft Insiders Podcast where Pauline and co-host Andy Herman discuss Week 1 and the Eagles.