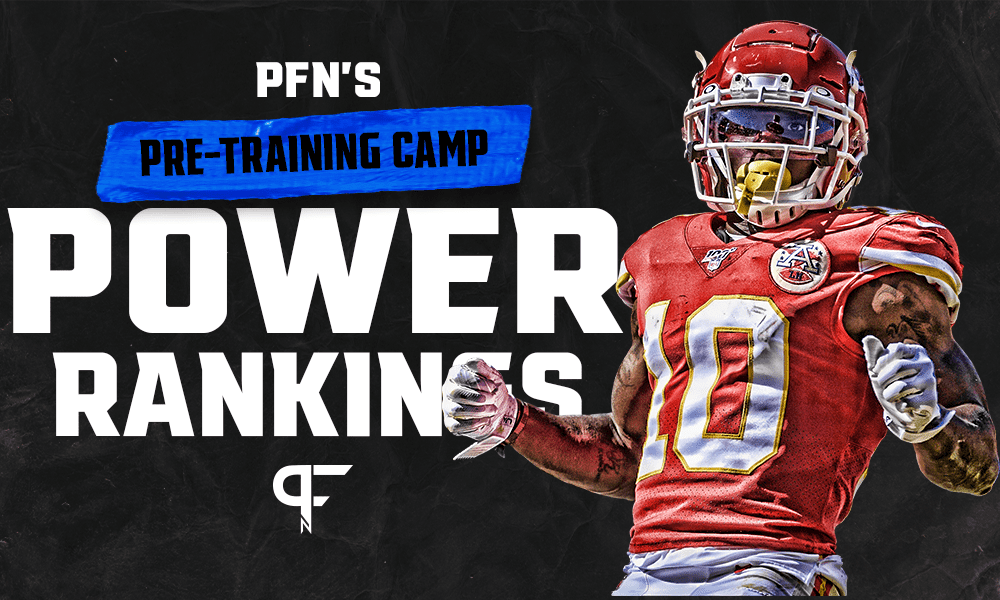 Our Tier 2 kicks off with two division rivals from the NFC West.

The Pete Carroll-led Seahawks are another team that looks to zig when the rest of the world zags. However, they have Russell Wilson, so all sins are forgiven. They haven’t had a losing campaign with him as the starting quarterback. The team’s gone through personnel changes left and right, and the result stays the same.

Their defense doesn’t look like it once did, but D.K. Metcalf and Tyler Lockett paired with “Mr. Unlimited” is an unfair advantage offensively. This team will contend for the NFC if Wilson plays as he did in the first half of 2020.

The Matthew Stafford hype train has left the station and is currently barreling off the rails and into an innocent crowd of people. Stafford is an immensely talented passer. Yet, simply upgrading from Jared Goff does not automatically mean Super Bowl bells.

They don’t have a first-round pick until the next presidential election, but they certainly have a lot of talent on the roster. Having Aaron Donald and Jalen Ramsey on the same roster is unfair, but the rest of the team lost some talent since last season. Losing John Johnson III and Troy Hill hurts, as will be evident by the team they went to ranked two spots ahead of the Rams in our NFL power rankings.

John Harbaugh and the Baltimore Ravens are one of the most consistent franchises in the NFL. Ozzie Newsome and now Eric DeCosta have built a powerhouse year in and year out. They have one of the best cornerback duos in the NFL. Furthermore, Rashod Bateman brings some legitimate talent to the receiving corps alongside Sammy Watkins.

They have a young defense behind a veteran defensive line, but their success is predicated upon the performance of their franchise QB. The former MVP still finds himself doubted by many in the football community, including those associated with the NFL.

The Browns probably have the best all-around roster in the NFL outside of the defending Super Bowl champions. They added two studs from the Rams’ secondary to a group of high-upside young players. It should be a match made in heaven and helps provide depth for a team that lost Greedy Williams and Grant Delpit to injury last season.

They have the best pass rusher in the NFL in Myles Garrett and added Takk McKinley and Jadeveon Clowney to the mix to help supplement Garrett. They have quite possibly the best pure runner in the league in Nick Chubb and don’t lack talent at receiver when Odell Beckham Jr. is healthy. Their offensive line has also done a complete 180 in recent seasons, becoming one of the best in the league.

The Packers are one of the best teams in the NFL, as long as Jeopardy host and golf star Aaron Rodgers decides to show up and play. Despite the distraction stemming from their quarterback’s displeasure with the front office, the team participated admirably in 2020. Their secondary is outstanding, and they drafted Georgia cornerback Eric Stokes to possibly take the place of Kevin King at some point in 2021.

The Bills quietly morphed into one of the most well-run organizations in the league. Brandon Beane, Sean McDermott, Brian Daboll, and Leslie Frazier make up an all-star staff that’s gotten the most out of the talent provided. The Bills have a great receiving corps and a quarterback with limitless potential. That quarterback, Josh Allen, has proven he can improve dramatically as a pro, which makes his ceiling a terrifying prospect.

Aside from not having a high-end CB2, there really isn’t a hole on the Bills’ defense. They don’t possess an overwhelming pass rush, but they have plenty of talent on the defensive side of the ball overall.

In a tier of their own, the Chiefs and Buccaneers may be on their way to a Super Bowl rematch.

What more is there to say about Patrick Mahomes that hasn’t already been said? He’s a mystic presence in the NFL. He’s the one reason the Chiefs are so high in the NFL power rankings to start the season, despite having a roster that doesn’t stack up to the Bills, Browns, or even possibly the Ravens. Andy Reid is one of the greatest NFL coaches ever, and Mahomes is swiftly climbing the ladder as one of the greatest quarterbacks ever. And he still has a long way to go in his career.

When you win the Super Bowl and return all 22 starters to the team, there is only one spot in the 2021 NFL power rankings the Buccaneers could go. Thus, they sit at the very top. There’s not a single hole on this football team. They have an outstanding offensive line, the greatest quarterback ever, the best receiving corps in the NFL, a Hall of Fame tight end, and defenders at all three levels of the field.