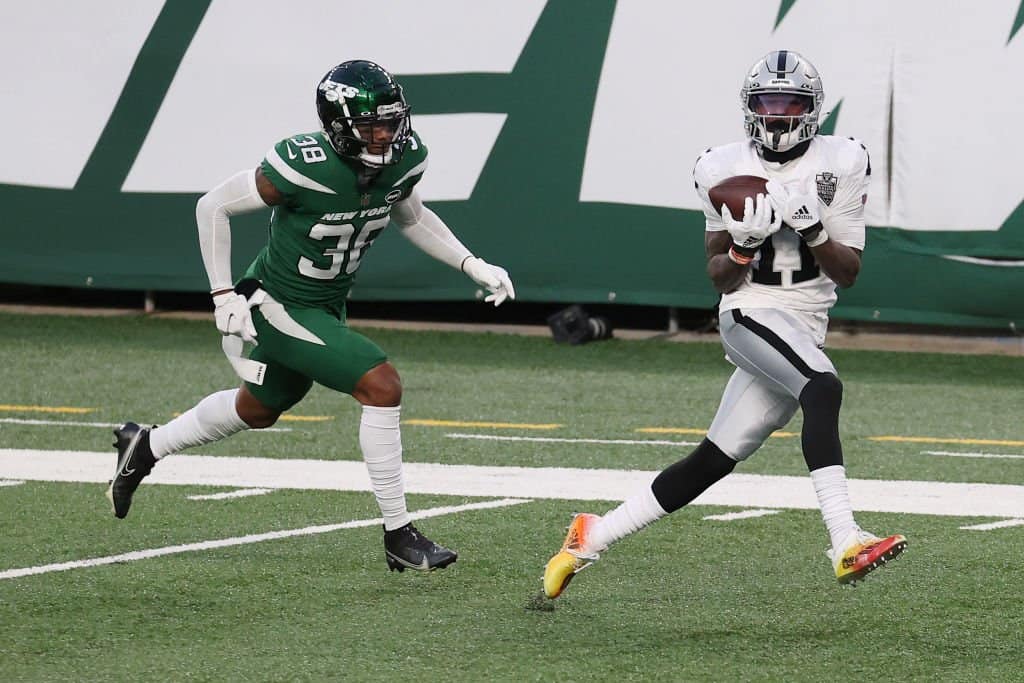 We are in the final quarter of the NFL season, and the Week 14 opening betting lines feature several intriguing matchups that could decide playoff seeding. While we have the Week 14 NFL odds, let’s take a closer look at the matchup presented and make our NFL Week 14 predictions and picks.

As there is every week, Week 14 features several games with playoff implications. Many teams are looking to win convincingly and bounce back after bad losses, along with many teams on top that look to remain as such and cover convincingly. Take a look at the value in the besting lines and odds and bet accordingly.

Analysis of each game can be found below the table. The Week 14 NFL odds below are from the William Hill Sportsbook and are correct as of 3:00 AM ET Sunday morning.

The Cardinals are in a slump, losing three straight divisional games, including two to divisional opponents. This game is a must-win if they want to keep their playoff hopes alive.

The Week 14 opening betting lines give the Giants 2.5 points after their impressive showing in their win over the Seahawks. Still, the Cardinals’ desperation and overall talent will carry them to a victory.

The Titans looked abysmal for the majority of their Week 13 matchup with the Browns. While they closed the 31-point gap and lost by less than a touchdown, their defense doesn’t seem to be getting any better.

Let’s not forget the Jaguars almost won the first matchup these teams had in Week 2. They may only have one win, but they are a team that hangs around and are a respectable 6-6 against the spread. The Week 14 NFL odds may be reaching by having Tennessee lay 7.5 on the road against a Jacksonville team that tends to keep things close.

The Vikings have won five of their last six to inch their way into the playoff conversation. The passing game is finding its rhythm to compliment Dalvin Cook and the run game.

Can Tampa Bay put together a complete game? With all of the weapons at their disposal, it’s perplexing that they have lacked consistency. However, they should look to run the ball more, have a slightly more balanced attack, and hope to rebound defensively after the Chiefs had their way with them.

The Bengals have zero explosiveness without Joe Burrow unless you count Tyler Boyd’s fighting ability, which we do not.

Dallas isn’t much better, but with longtime Bengal Andy Dalton making his return to Cincinnati after signing with Dallas, they will have extra motivation in a game that otherwise would lack much intrigue. The Week 14 opening betting lines like Dallas laying 3.5, and while it may be low scoring, Dallas should cover.

Denver had an impressive performance in Week 13, taking the Chiefs to the game’s final drive. That said, their offense needs to put up more points if they want to remain competitive.

The Panthers are well-rested coming off their bye and have shown the capability to put up points and have a shutout on their resume this season; the Week 14 NFL odds like the Panthers at home. While Denver’s weapons should have success against the Panthers’ defense, they have been unable to live up to their potential.

The Chiefs are fantastic; that’s not exactly breaking news. Patrick Mahomes and the offense are in a different stratosphere than the rest of the league, and their defense is among the best, as well.

Miami is no slouch, though. Their defense keeps points off the board, and Tua Tagovailoa is beginning to put together consistent performances that show why the Dolphins made him the fifth overall pick in the NFL Draft. The Week 14 NFL betting lines like the Chiefs by more than a touchdown, but the Dolphins have only lost one game by more than one possession, and that was in Week 1 to New England- they cover in my NFL Week 14 predictions.

Despite the loss to the Colts, the Texans have looked immensely better in the second half of the season. Deshaun Watson is quietly having a fantastic year with not a lot of help around him, and they are competitive week in and week out.

The Bears have crashed and burned. After a 5-1 start to the season, they have lost six straight games, and fans are thinking more about April’s Draft than they are the rest of the season. Houston only being favored by 1.5 is too generous by the Week 14 NFL odds.

The Colts are looking to take sole possession of the AFC South lead down the stretch. Their offense has improved every week, it seems, and T.Y. Hilton is coming off his best game of the season by far.

The Raiders needed a walk-off touchdown to beat the Jets but won regardless. Derek Carr and the offense continue to look good week in and week out.

As of right now, The Colts are the last wildcard team, and the Raiders are the first team out; this game has huge playoff implications for both teams. The Week 14 opening betting lines give the Colts an advantage, and with their defensive prowess combined with their balanced offensive attack, I can’t disagree.

The Jets were 13 seconds away from their first win of the season before a heave to Henry Ruggs III ended the chances of being in the win column.

Seattle scored just 12 points against a now 5-7 Giants team, and the lack of protection for Russell Wilson was quite evident. The Seahawks will try to prove a point at the Jets’ expense and cover the 13.5 line that the Week 14 NFL odds are currently set at.

The Saints keep winning with Taysom Hill under center, and their defense is one of the best in the league.

The Eagles have a small quarterback controversy on their hands after Jalen Hurts was brought in to relieve Carson Wentz and threw a deep touchdown to Greg Ward. Regardless of who starts for Philly, this season has been one to forget, and I agree with the Week 14 betting lines on this game.

Green Bay is in the driver’s seat of the NFC North, and Aaron Rodgers is having another incredible year.

The Lions won their first game after the firing of Matt Patricia. Matthew Stafford and the offense seemed to be able to put things together against the Bears.

Detroit has been inconsistent at best on offense, and their run defense gave up a ton of big plays in the first matchup between these two teams, which is why the Week 14 NFL odds like Green Bay by 8.5. That said, the Lions could carry that momentum over from last week and make this game more competitive and cover.

The 49ers are a strange team that can seemingly beat anyone but also lose to just about anyone. The injury bug has really derailed their season, and they could be on the look for a new quarterback in the offseason.

Washington has come alive since Alex Smith took over, and a win would keep them alongside the Giants in the race for the division. The Week 14 NFL odds favor the 49ers. However, the Washington defense is one of the league’s best, and I like what I’ve seen from Alex Smith.

This is a matchup of two teams who have let so many games slip away. Atlanta lost to the Saints for the second time in three weeks. Meanwhile, the Chargers got obliterated by the Patriots in a 45-0 defeat.

The NFL opening betting lines are being kind to the Chargers. Until they have a head coach that isn’t Anthony Lynn, they aren’t going to win many games.

The Steelers are the story of the league as they will look to keep their unbeaten streak alive in a place where Ben Roethlisberger has never lost.

The Bills have been spectacular this season. This could be the game that knocks Pittsburgh off the pedestal of being undefeated.

The Ravens have obviously digressed since their 14-2 2019 season. This is due to Lamar Jackson and the offense looking pedestrian, and the defense is riddled with injuries.

Cleveland proved to all the doubters that they are legit, putting up 41 points in their win over the Titans and clinching their first winning season since 2007. However, the Week 14 opening betting lines have this at a pick ’em, and I like Cleveland to avenge their Week 1 loss.