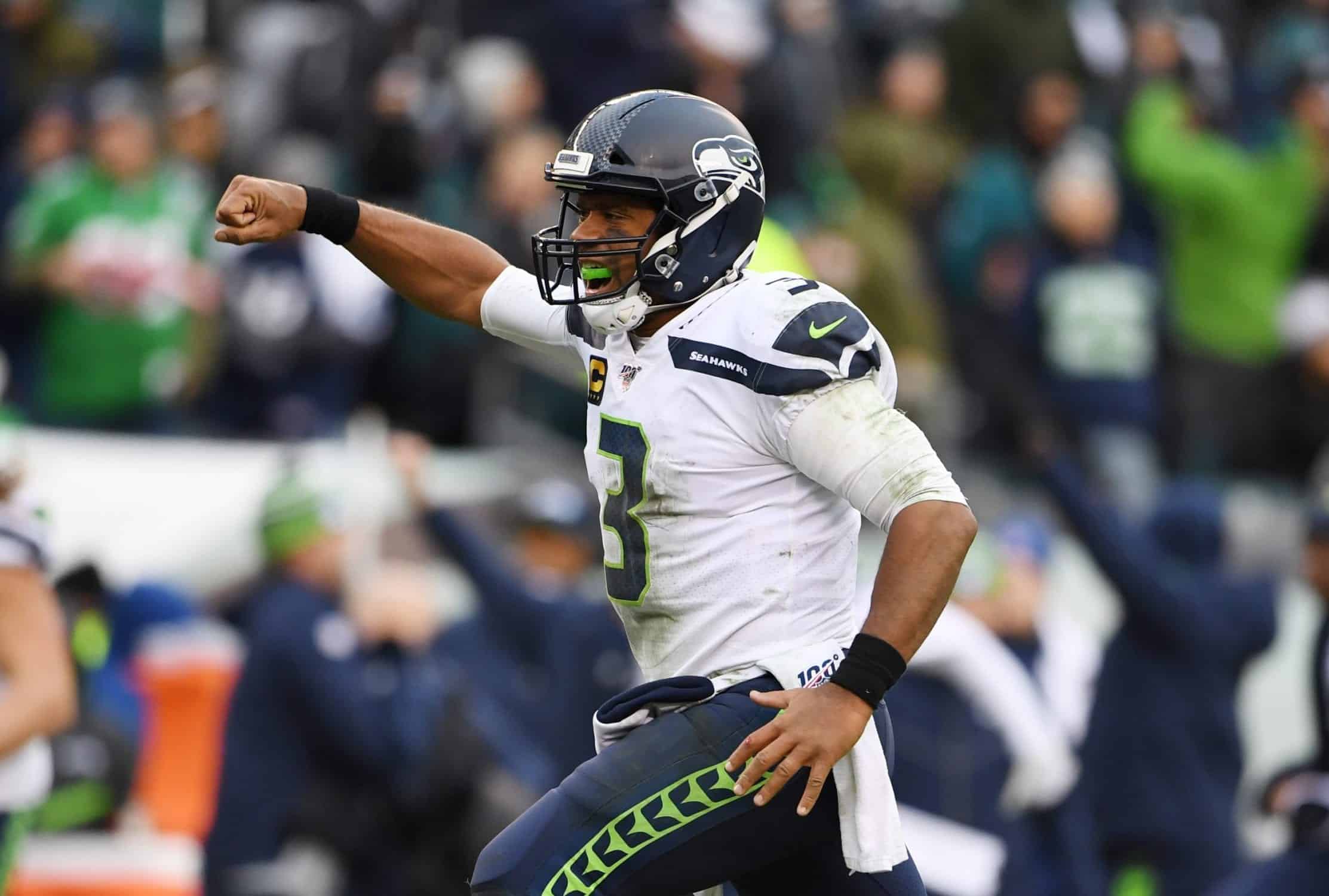 Quarterbacks have dominated the NFL Most Valuable Player (MVP) award throughout the league’s history. The last time a non-QB won the prize was Adrian Peterson in 2012. Before him, LaDainian Tomlinson and Shaun Alexander were setting the record for rushing touchdowns in the regular season in back to back years. The last time a non-offensive player won the award was in 1986 when Lawrence Taylor took home the honors.

In other words, you’re wasting money betting on defensive players, or any non-QB to win the NFL MVP award. If it happens, just chalk it up to an outlier. The smart money is on a QB to win every year. Sportsbooks are aware of this, however, which is why QBs are so “short” in the MVP futures market.

That said, there is still some value to be had in the MVP market. A few weeks ago, I wrote about why Jimmy Garoppolo has value in the MVP market. Below, I’ll outline why Russell Wilson, Deshaun Watson, Carson Wentz, and Matthew Stafford are also worth a wager.

How wins can impact the MVP votes

There are three things that I am looking for when I comb the MVP market: wins, stats, and media narrative. Since 1986, there have been 36 recipients of the NFL MVP award (some years had co-MVPs). Of the 36 MVP winners, only seven of them failed to win 12 games. Three of the seven won 11 games; another three won 10, while there was one winner who only had nine wins. Only one player in the “10 or fewer win group” was a QB.

In other words, voters like QBs who win. They favor players who win 12 or more games.

The importance of stats when deciding who wins the award

Now we know voters favor QBs who win a lot of games. What about their stats, though? I looked up where each QB who won the award since 1986 finished in three categories: passing yards, passing touchdowns, and completion percentage. While raw counting stats aren’t the best way to judge a player’s performance, I doubt NFL MVP award voters feel the same way.

If we go back only ten years, four QB’s led the league in TD passes. Three more finished in second while the other two finished third. As for wins, only one QB won less than 12 games (Matt Ryan in 2016 won 11 games).

Voters like QBs who win and throw a lot of TD passes.

How does narrative factor into the voter’s decision?

I don’t have any historical data to back up what kind of narrative voters favor. Just keep in mind the voters are human. They like a good story just like we do. You can probably craft a narrative for any player honestly. It’s just something to keep in mind.

We have the criteria, now let’s see what makes the four QBs I mentioned above a top bet for the NFL MVP award.

Despite a lackluster roster and sub-optimal game plans, Wilson continues to deliver wins. He has never had a losing season in his career with the Seattle Seahawks, with just one season in which they missed the playoffs. They play in what many consider the toughest division in the league, but that will only help Wilson should Seattle win the NFC West. If they do win, it will be because of him.

Wilson has finished as the QB3, QB13, QB5, and QB3 in PFN’s Offensive Share Metric the past four seasons. OSM grades measure how much of a player’s statistical production they were responsible for. We have a QB capable of winning a lot of games and being deemed responsible for those wins.

As for passing touchdowns, Wilson led the league in 2017, finished tied for third in 2018 and third last season. Remember, since 2010, no NFL MVP award recipient has finished below third in the category.

I think his narrative is a pretty strong one. Sometime near mid-May, the fact that Wilson had never received an MVP vote came to light. Before this story surfaced, Wilson suffered from the stigma of being the benefactor of a great defense and running game during their back to back Super Bowl appearances. Now, there’s no denying how crucial he has been to the Seahawks the past four seasons.

I think voters could feel a little embarrassed by this development. As long as the Seahawks find themselves in the playoffs again, Wilson should be near the top of their ballot.

The longest odds I could find for Wilson are 10/1 at Bovada and Betonline. In my opinion, he is the top bet this year.