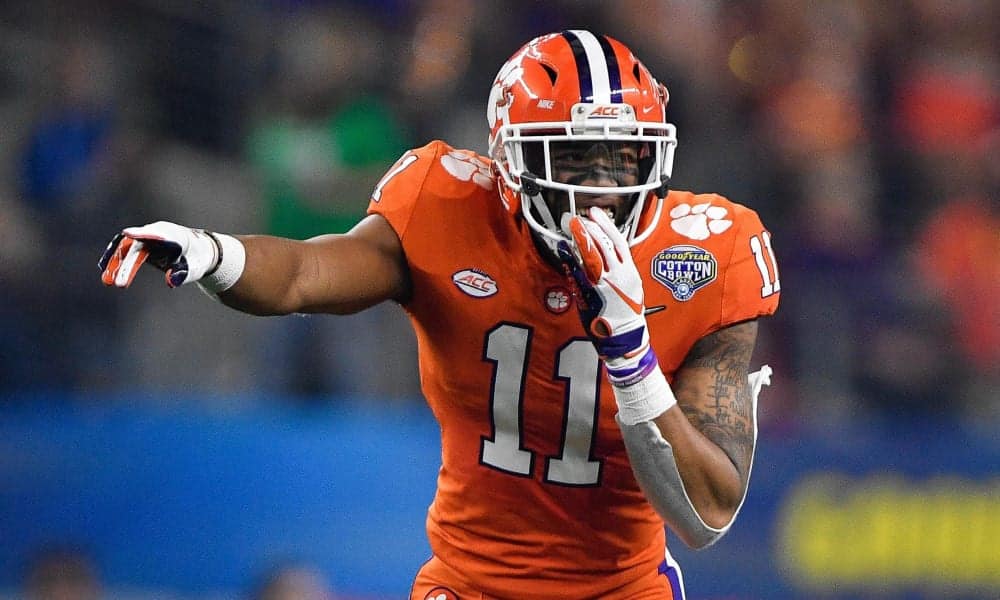 We are less than a month away from the 2020 NFL Draft, at least in some form. The NFL has already announced that while there will be no fans in attendance at the event, the player selection process will go on as planned. We may not know exactly how it will look just yet, but that doesn’t mean the excitement surrounding the event is any less palpable. With the first wave of NFL free agency in the books, this past weekend we asked PFN’s Chief Draft Analyst and Insider Tony Pauline as well as PFN’s Senior Draft Analyst DiCecco to put together a dual 2020 NFL mock draft where they alternate making selections for the entire first round.

I’m going off my board here and believe people are a little too enthusiastic about Burrow. But there’s no denying his upward momentum. In the SEC Championship Live Blog, I noted that Burrow’s decision making and ability to make quick decisions under duress (decisions which are right on the money more often than not) is most impressive.

Washington adds who I believe is the top player in the entire draft by selecting Ohio State edge rusher Chase Young. The Redskins jump at the chance of adding Young to a defensive front that already includes Daron Payne, Jonathan Allen, and Matt Ioannidis.

The Lions made several stop-gap signings in free agency and they will shop this pick. Derrick Brown is a consideration here, but they need help at cornerback despite signing Marcus Trufant in free agency.

The Giants are deficient on every level of the defense. Simmons gives them a versatile chess piece that can move around formations and is a potential Defensive Rookie of the Year candidate.

This is a no-brainer here, though the inability to medically examine Tagovailoa in the weeks leading up to the draft makes this pick a bit riskier. Tagovailoa possesses all the physical skills to play on Sundays. He has a next-level arm, makes all the passes, and can easily makes plays with his legs.

The Chargers recently intimated their confidence in veteran signal-caller Tyrod Taylor to lead the offense in 2020. Becton joins a line with the recently acquired Bryan Bulaga and Trai Turner as well as the ascending Trey Pipkins to form an intriguing unit upfront.

The signing of Russell Okung and Teddy Bridgewater in free agency fill needs on offense. They parted ways with Dontari Poe and need help on the defensive line. Brown is a steal at this point and a major upgrade at DT/NT.

Arizona has surrounded Kyler Murray with plenty of firepower and now add one of the top tackles to protect last year’s first-round investment. Wirfs is a tremendous athlete and will be an instant contributor on a porous Cardinals’ offensive line.

The Jags hoped they filled holes on defense during free agency, but they also created one trading Nick Foles to the Bears. Enter Herbert. Jacksonville is a good fit for Herbert’s personality and it’s a matter of coaching the Oregon senior to play to his level of potential.

A dynamic Browns offense was often held back by poor offensive line play in 2019. Wills will provide the flexibility to play along the interior as well as at tackle and will be a plug and play pick on an offense in dire need better protection up front.

Joe Douglas has made rebuilding the Jets putrid offensive line a priority and Thomas continues that theme. I like him better at left tackle, the spot the Jets have already designated recently signed free agent George Fant. But Fant and Thomas are interchangeable and the Jets cannot go into the season with Chuma Edoga as a starter.

The Raiders sorely lack a player that can stretch the field. Holdovers Tyrell Williams and Hunter Renfrow are little more than quality depth pieces, while the recently signed Nelson Agholor is best utilized in the slot. Given their glaring speed deficiency on the perimeter, the Raiders take the Alabama speedster a tad early here, in a brash move that would effectively build even more anticipation for the inaugural season in Las Vegas.

Losing Emmanuel Sanders leaves a hole at wide receiver for the Niners. Who better to fill it than Jeudy? He’s a perfect fit for the team’s three-receiver sets, offers ability in the slot, and could spell Richie James as a return specialist if needed.

The early run on offensive tackles will likely prompt the Bucs to turn their attention to the defensive side of the ball, where they’ll likely find one of the premier defensive linemen in this class in Kinlaw. Kinlaw boasts the power and athleticism to consistently make plays behind the line of scrimmage, affecting both the run and the pass.

Considering the depth at receiver, there’s an urge to take OT Austin Jackson or DT Raekwon Davis at this spot and wait until the second day to load up at wideout. But Lamb is a terrific talent and the cupboard is bare in Denver after Courtland Sutton.

When the Falcons released veteran cornerback Desmond Trufant to open free agency, they left a tremendous void opposite Isaiah Oliver. Henderson would give the Falcons a lengthy, athletic cover man with tremendously fluid hips on the perimeter. The former Florida standout possesses the requisite frame and aggressiveness to shadow the likes of Mike Evans, Chris Godwin, Michael Thomas, and D.J. Moore twice a year. 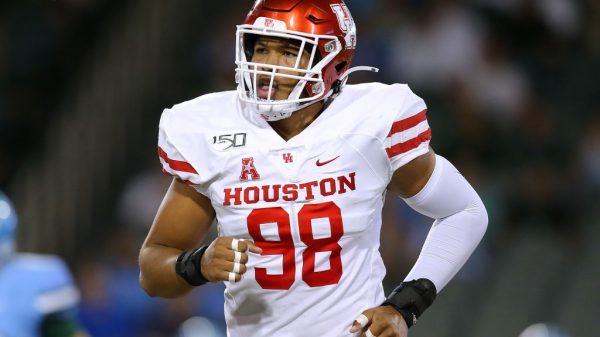 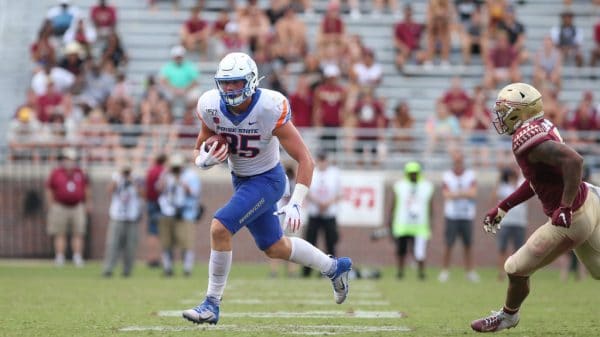 Boise State tight end John Bates has entered the NFL Draft and will partake in the 2021 Reese's Senior Bowl. What can you expect...