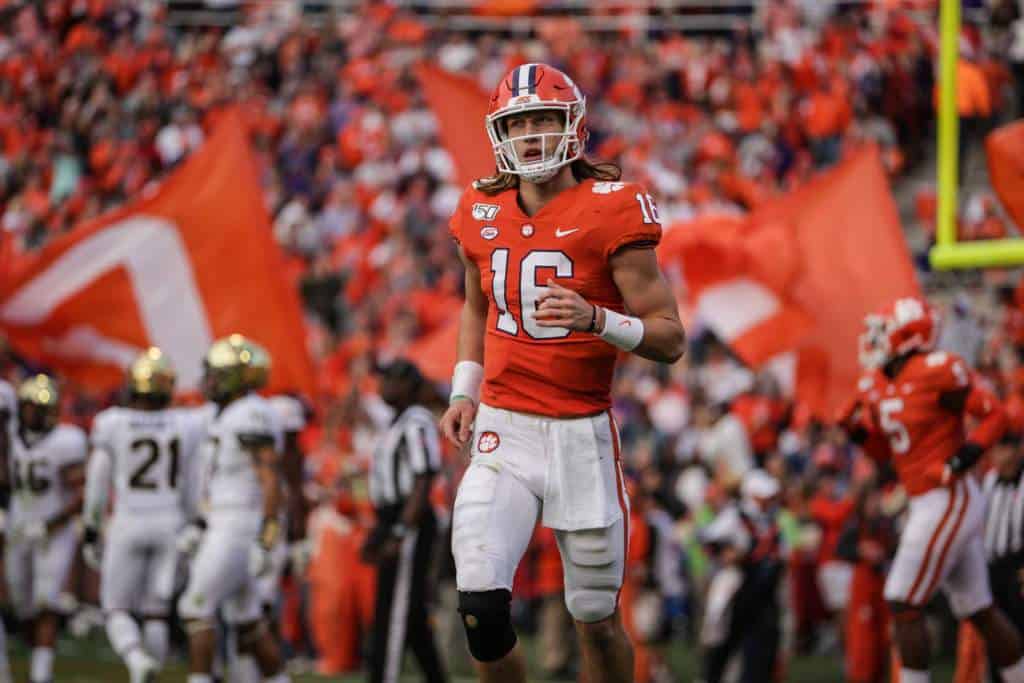 The NFL kicks off tomorrow night, as do some Power Five conferences. We are through the most unique of offseasons and football has returned. So let’s dip again into the mailbag to discuss the latest NFL Draft rumors and news. This week’s questions cover Trevor Lawrence, Gregory Rousseau, Dwayne Haskins’ NFL future, and more. But first, we begin with some talk about how opting out of the fall college season voluntarily may negatively impact the draft stocks of some of the top 2021 NFL Draft prospects.

How do you think NFL teams will feel about players skipping 2020 college seasons (assuming their team is playing in the fall) in order to prepare for the draft? Might some personnel executives view the decision to not play as a red flag?

That’s a good question and something I discussed at length with someone in the league last week.

It’s not a red-flag — but as I was told, players who have already renounced their eligibility to go train for the Scouting Combine are making a mistake. Teams and scouts value film over guys taking an extra few months to train for combine testing.

If someone is in a conference that won’t be playing until the spring, or if there are medical reasons/concerns over COVID-19 which led to a player opting out of the season, that’s a different story. But the vibe I’ve received is this — except for players who are top-half of round one prospects, those who made a rash decision to opt-out so they can train an extra three months for the combine were foolish to do so.

Based on your preseason ACC report, you seem to be lower than many on FSU’s Hamsah Nasirildeen. Why is that? Isn’t he the new prototypical versatile defensive player NFL coaches want?

My fifth-round grade on Nasirildeen is in line with what many scouts handed him over the summer. There are also scouts who graded him as a second-round prospect, truth be told.

My concern is he’s stiff and slow (estimated to be a low 4.6-second guy). Definitely a good football player, but I see him solely as a strong safety or a linebacker if they put some weight on Nasirildeen.

You had Dwayne Haskins has your top QB in the 2019 NFL Draft. Have you soured on him after his rookie year?

No. I don’t like giving up on a player after just one year. And considering the situation in Washington on the field, the coaching staff being fired and the mayhem we are learning about in the front office, I firmly believe the problem was franchise based rather than just Haskins.

I am concerned about the situation around Haskins this season — the left tackle spot, the receiver position and the running back position. I don’t think they will do him any favors, but I do believe Ron Rivera is the right coach to guide Haskins.

How do you compare Trevor Lawrence to other quarterbacks drafted in the last decade – guys like Andrew Luck, Tua Tagovailoa, Joe Burrow in particular?

He’s not Andrew Luck, but he’s darn close. I would grade Lawrence over Tagovailoa as well as Burrow.

Lawrence is obviously bigger, much sturdier, and more plug-and-play for any system compared to Tua.

Lawrence can also carry an offense better than Burrow, who had slightly better talent around him, and I like the fact Trevor has been the guy since his freshman season.

Luck was probably more NFL ready. And more than anything else, he played in a true NFL system at Stanford, which is why I give him the slight edge.

Is Gregory Rousseau the top pass rusher of the 2021 NFL Draft class at this point?

Yes, though I think Ronnie Perkins of Oklahoma is close and believe he’s crazy underrated.

Scouts who grade underclassmen before each season have already given Rousseau a mid-first round grade, but not all people are sold on him. There is some concern he has a bit of Dion Jordan in his game from an on the field perspective — tall and quick, but lacking any strength at the point and needs a free shot at the action.

How do you compare Micah Parsons and Dylan Moses? Which do you think is the better prospect? And have you heard how NFL teams may rank these two?

From the point of view of instincts, discipline and fewer breakdowns on the field, Moses is the guy. If you’re looking for sheer athleticism and upside, then it’s Parsons.

Before grading or ranking the two, it’s important to see how Moses returns from his injury. Parsons has a higher upside, but also a bigger bust factor as his instincts have come under question and justifiably so in my opinion.

It appears the 2021 cornerback class is very talented at the top, with guys like Patrick Surtain, Shaun Wade, and Caleb Farley. How would you rank the top five corners heading into the 2020 college season?

Surtain is graded far ahead of any corner to this point. Scouts who grade underclassmen have given Farley a second-round grade and Wade a third-round grade. I disagree with the grade on Wade.

The guy to keep an eye on who could make a big move up boards is Derion Kendrick of Clemson. But my top five as of now would be: