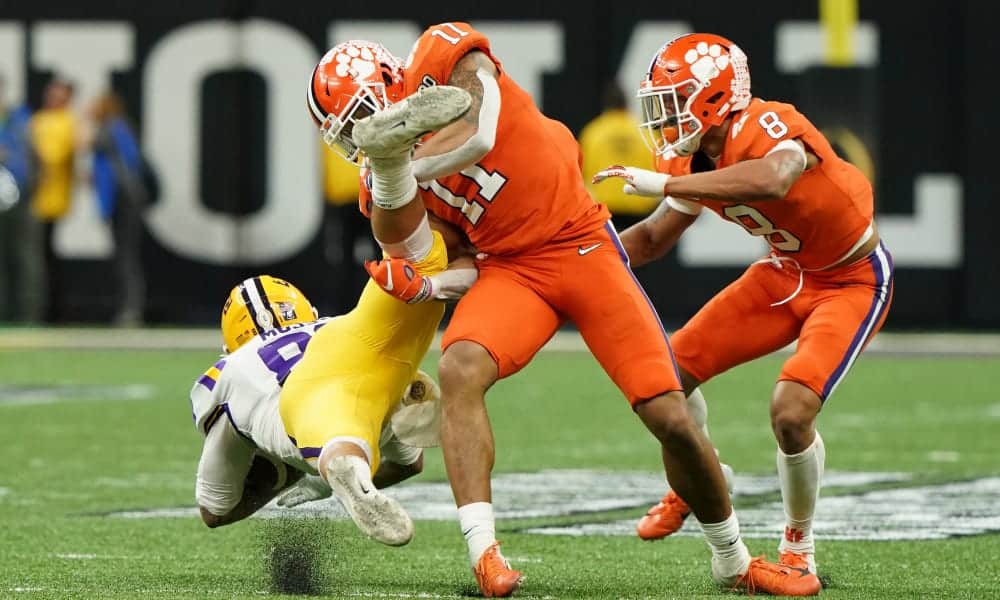 Every week, I open up the mailbag for anyone to send me their questions on college football, the NFL, or the 2020 NFL Draft. Obviously, with everything happening in and out of the football world, it’s been tough to track people down. As most are well aware, things have been ever-evolving from the CBA vote to cancellation of the owners’ meetings, pro-days, individual workouts, and 30 visits.

Much of what will happen in free agency is dependent on the results of the CBA vote on Saturday evening. I would strongly recommend that everyone listens to this week’s PFN Draft Insiders podcast as I offer details on what I’m hearing. We also spelled it out in narrative form, giving all the highlights of the latest around the CBA.

Related: NFL CBA: With the voting deadline on Saturday, here are the latest details on the NFLPA vote

If you have a question you want to send me for next week’s mailbag, send it to [email protected] or send a tweet to @PFN365 on Twitter using the hashtag #AskTonyPFN, and we’ll try to include it in an upcoming mailbag column. With that being the case, here’s an abbreviated and delayed version of this week’s Q&A.

Who’s your sleeper pick in this year’s draft on both offense and defense?
Offense – Gewhite Stallworth/T/Louisiana Tech: Stallworth was given a draftable grade by scouts coming into his senior season of 2018 but played just one game and was able to get a medical redshirt. He’s an older prospect, which is okay for an offensive lineman and a brute at right tackle with great size. He won’t get drafted but could surprise in camp this summer.

Defense- John Daka/James Madison: Daka was a sack machine at JMU last season and impossible to stop off the edge. He’s short and doesn’t have a true position for the next level, though I think he’ll surprise as a situational pass rusher/special teams player.

With your big board coming out, I see you have LSU LB K’Lavon Chaisson very low at 46. Why?
K’Lavon Chaisson has struggled with injuries during his career at LSU and does not have a big body of work, which scares me. Though not a fair comparison, I took a lot of heat for giving a late-round grade on Miami receiver Ahmmon Richards more than a year ago and he ended up retiring.

Tony, do you have any free agency or NFL Draft news on the New York Giants? Do you think they will draft Clemson’s Isaiah Simmons?
I’m told that as of now, the Giants intend on targeting wide receivers in free agency. If Simmons is available to the Giants when they select, I believe that’s the person they want. After everyone had left the Combine, a source close to the team told me that the word was the Giants prefer to go defense with their first pick.

What’s the latest with the San Francisco 49ers? It seems quiet.
The only word on the Niners is that they are not expected to be big players in the free agent market. Instead, they will take a wait and see approach and try to sign a few bargains.

What have you heard regarding the Carolina Panthers?
Similar to the Niners, word is the Panthers won’t be big spenders in free agency. With new head coach Matt Rhule on board, they will initially look to rebuild through the draft.

The Cleveland Browns let LB Joe Schobert walk, released LB Christian Kirksey, will likely cut Oliver Venon, and are set to make other moves. With them needing a linebacker, potentially two safeties, and a defensive end (and that’s just to begin), who might they be looking at in free agency?
Here’s the issue with the Browns – no one knows how much final say new GM Andrew Berry will have in personnel decisions. I spoke with someone in the league at length yesterday (Friday) who told me he that likes Berry, thinks he’s very professional and can get the job done in Cleveland. But, that’s only if they let him do the job and don’t overrule him.