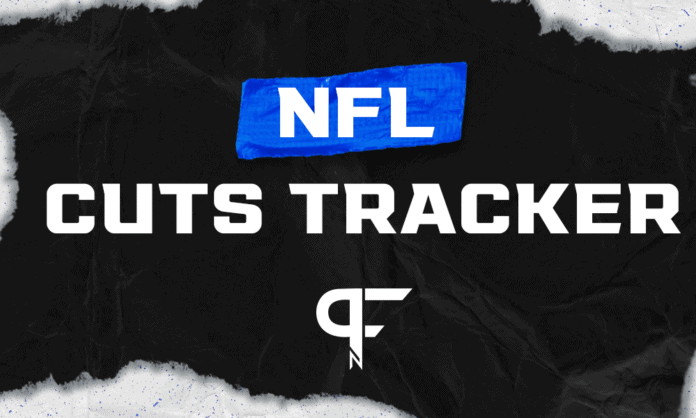 Stay current with all the latest NFL cuts so far with our tracker that will be updated throughout the 2021 NFL preseason.

Jump around this article Click to show
NFL cut dates | When is the 53-man roster deadline?
NFL Cuts Tracker for 2021
How does this differ from previous seasons?
What happens after NFL teams make roster cuts?

The end of the NFL preseason is a bittersweet time as roster cuts sweeping the NFL adds a sour taste to the joy that football is just around the corner. This year, the roster cuts have come about in a slightly different way, with three cut-down dates instead of just one. With just the deadline for finalizing the 53-man roster remaining, let’s take a look at when that is as you follow along with all the roster moves in our 2021 NFL cut tracker.

NFL cut dates | When is the 53-man roster deadline?

There were three deadlines for roster cuts ahead of the 2021 NFL season. The first two of these were Tuesday, August 17, and August 24 at 4 PM ET and are now behind us. The first stage required teams to reduce their roster size to 85. On the second roster cut date, teams then had to further reduce down to 80 players. Now, there is just one more cut-down deadline, as teams look to settle their 53-man rosters this week.

This week is going to see more than 800 players released as teams go from 80 players down to 53. With the final week of preseason running from Friday through Sunday, all 32 teams will have at least 36 hours to make their final decisions. That deadline at 4 PM ET on Tuesday, August 31, will be a time many players have been nervously eyeing up over the last few weeks.

How does this differ from previous seasons?

For the past few years, the NFL had only utilized a single cut-down date. Not since 2016 had there been multiple deadlines for teams to release players during the preseason. That is a big change for both teams and players and has seen multiple players bouncing around teams this preseason.

Just because a player makes it through those final roster cuts doesn’t mean their situation is necessarily safe. Teams then have 24 hours with which to make waiver claims on players who have been waived. The deadline for placing these waivers is 4 PM ET on September 1. If they are successful with any of their claims, they will have to make a corresponding move to remain at the roster limit of 53.

The waiver order is based on 2020 records. Therefore, the Jacksonville Jaguars will have the top waiver priority.

The 48-72 hours after 53-man rosters are finalized will be frenzied for NFL teams. Any players who pass through the 24-hour waivers can then be signed to practice squads. This is where teams have to take a calculated gamble. If they want a player on their practice squad, they have to cut him and risk another NFL team claiming him.

Each team can have a 16-member practice squad for the 2021 NFL season.

For all the latest news regarding NFL teams during the 2021 NFL season, be sure to follow @PFN365 on Twitter.

DraftKings Sportsbook sign up bonus for NFL: 40-1 odds on any game

What is the NFL international diversity helmet initiative? Why are players wearing flags on helmets?