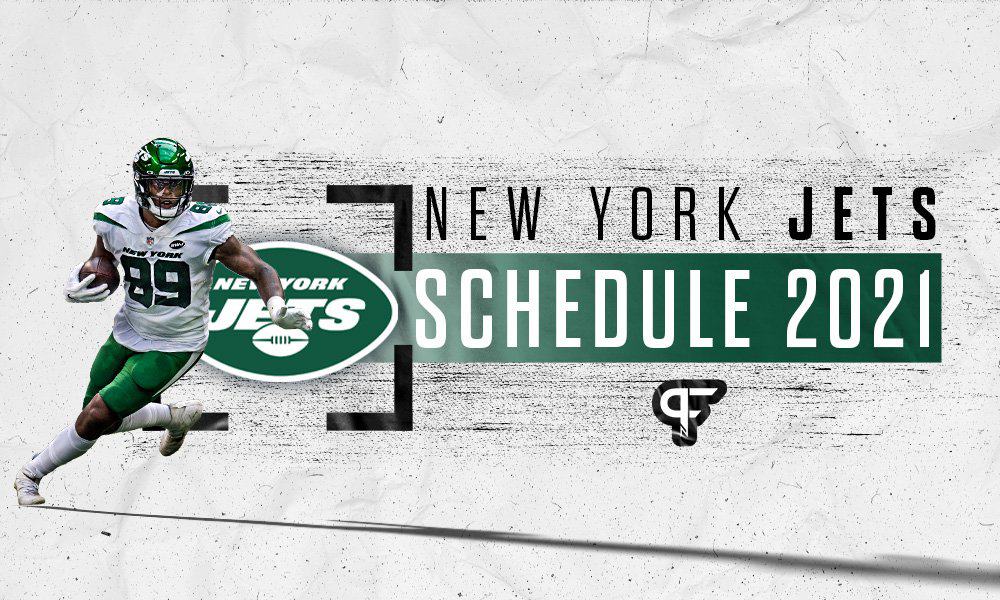 What is the New York Jets’ 2021 NFL schedule, how many primetime games do they play, and who are the toughest and easiest opponents on their schedule this season?

How many primetime games do the Jets play in 2021?

The Jets will play one primetime game in 2021, which will be against the Colts in Week 9.

When is the Jets’ bye week?

With the 10th easiest schedule in 2021, the Jets will be hoping to bounce back from a tough 2020 season. The Jets’ road schedule ranks as the fourth-easiest in the league, while their home schedule is tied for the 12th-toughest. Let’s take a look at which games on the schedule are the toughest and easiest for the Jets in 2021.

The 2021 NFL season will see the Jets play four games against teams currently projected to win 10 or more games this season. Two of those games come against their division rivals, the Buffalo Bills. The remaining two games will see them face the Tampa Bay Buccaneers at home and the Indianapolis Colts on the road.

The Bills defeated the Jets twice in 2020 and New York has lost three of the last four matchups between the two teams. Buffalo demonstrated a lot of development in 2021 and is one of the favorites to represent the AFC in the Super Bowl. These matchups will be tough for the Jets to get a win.

New York’s matchup with Tampa Bay sees the return of a familiar face in Tom Brady. When he played for the New England Patriots, Brady often had the Jets’ number,  which includes winning the last eight meetings. The Buccaneers’ 2021 roster is extremely strong, and the Jets are going to have to be at their very best to even stand a chance in this one.

The Colts, meanwhile, beat the Jets convincingly in Week 3 of the 2020 NFL season. After finishing the first quarter tied 7-7, the Jets did not score another point while the Colts scored another 29. The Colts have had some changes, especially at the QB position, but this will still be a tough game for the Jets to get anything from.

The Jets will play a total of seven games on their 2021 schedule against teams projected to win fewer than eight games. Of those, four will be against teams projected to win less than seven games. The games against the Jacksonville Jaguars, Cincinnati Bengals, and Philadelphia Eagles are all going to be interesting tests. Those three teams will see the Jets’ rookie QB, Zach Wilson, face off against a fellow rookie in Trevor Lawrence, and two second-year QBs in Joe Burrow and Jalen Hurts.

The fourth game comes against the biggest unknown in the NFL right now, the Houston Texans. Houston’s QB situation is currently up in the air and depending on how this offseason shapes out, they could be the worst team in the NFL or a group that falls in the middle of the pack. Right now, the Jets should be looking at this fixture as a must-win game in 2021.

Even with a 2021 schedule that ranks 10th-easiest, the Jets could be set for some growing pains this season. Wilson was impressive in his final season at BYU, but he is still a huge question mark in the NFL. On top of that, New York is trying to overhaul the roster and bring in new schemes on both offense and defense.

Their division is going to be tough, as it seems to be growing as one of the toughest throughout the league. The Bills are one of the best teams in the AFC, and both, the Patriots and Miami Dolphins will consider themselves challengers for the playoffs.

The Jets’ best chance to win games will come against the other young QBs they face on their schedule. Although they seem headed in the right direction, this, unfortunately, feels like another long season for Jets fans.