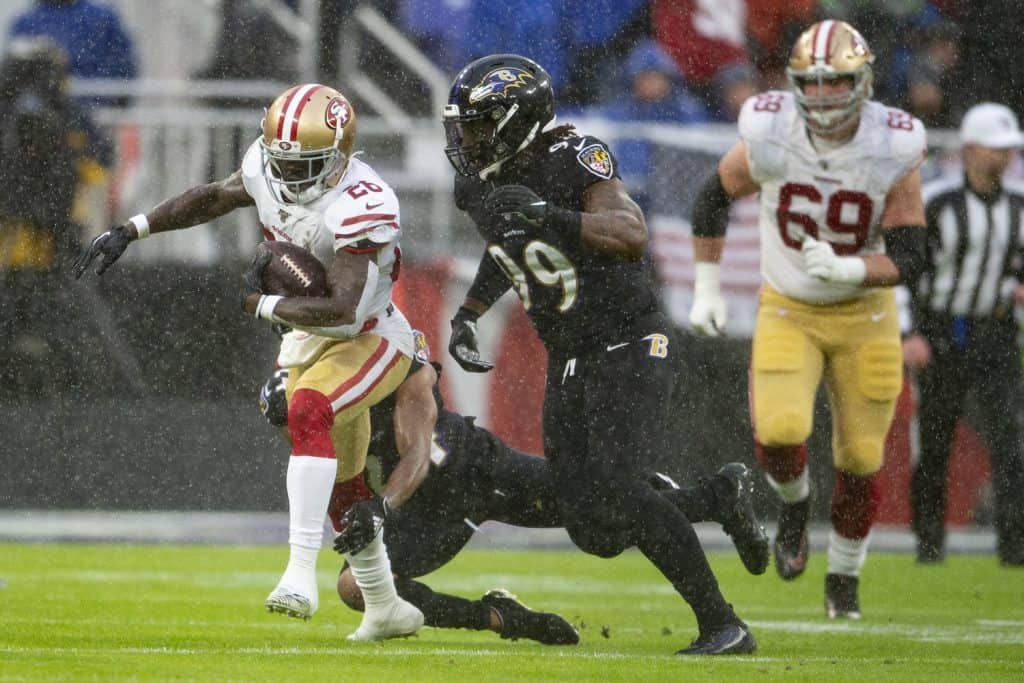 Although the New York Giants seem like a prime candidate to select an edge rusher in the 2021 NFL Draft, they may be in the market to address that need sooner than the annual selection event. According to sources close to Pro Football Network’s Chief NFL Draft Analyst and Insider Tony Pauline, pass rusher will be the main focus of the Giants’ free agency targets.

Speaking on this week’s Draft Insiders show, Pauline said: “I’ve been told from people, or I’ve heard from people, inside the organization that a pass rusher is going to be their primary target in free agency. They need an edge rusher, they need a pass rusher, and it makes total sense for two reasons.”

Why is an edge rusher such a free agency priority for the New York Giants?

Before getting into the reasons why the New York Giants will prioritize free agency targets over the NFL Draft, it’s worth examining how big a need edge rusher is for them. On the face of it, the Giants had one of the better defenses in the NFL in 2020. Their defense did allow the ninth fewest points in the league. Additionally, they allowed the 12th fewest yards in the league last year.

The majority of the defensive success the Giants had in 2020 came either up front or from the secondary. Defensive tackle Leonard Williams led the way in sacks and tackles for loss. Williams also racked up an incredible 30 quarterback hits. Meanwhile, Dalvin Tomlinson was the next man up in terms of producing tackles for loss.

As Pro Football Network CEO Matthew Cannata alluded to during Draft Insiders, the New York Giants likely can’t afford to keep both of their dominating defensive tackles. The Giants will need to replace that production. Finding a true edge rusher figures to be the best way of doing that.

Clearly adding a productive edge rusher in the coming weeks is a priority for the Giants. Pauline points to two reasons why it can be expected that free agency targets will be the way they address that, rather than in the 2021 NFL Draft.

Some of the Giants’ recent moves indicate that they’re gearing up to target edge rushers in free agency. Pauline also points to some potential future moves that could help the New York Giants free up some space.

Which edge rushers might the New York Giants target in free agency?

Currently, there is set to be a glut of outside linebackers set to hit free agency. Players like Shaq Barrett, Bud Dupree, and even former Giant Olivier Vernon, could see action on the open market. However, if the New York Giants can navigate the murky waters that are the NFL salary cap, Pauline points to one name that he sees as a perfect fit to address the need.

“Pass rusher obviously is definitely going to be their primary target as we move to free agency. Who they sign will depend on how much money they have to play with. My own personal speculation, I haven’t heard any names, but if they get under the salary cap, a guy like Matt Judon of the Baltimore Ravens, I think, would be a perfect fit for them.”