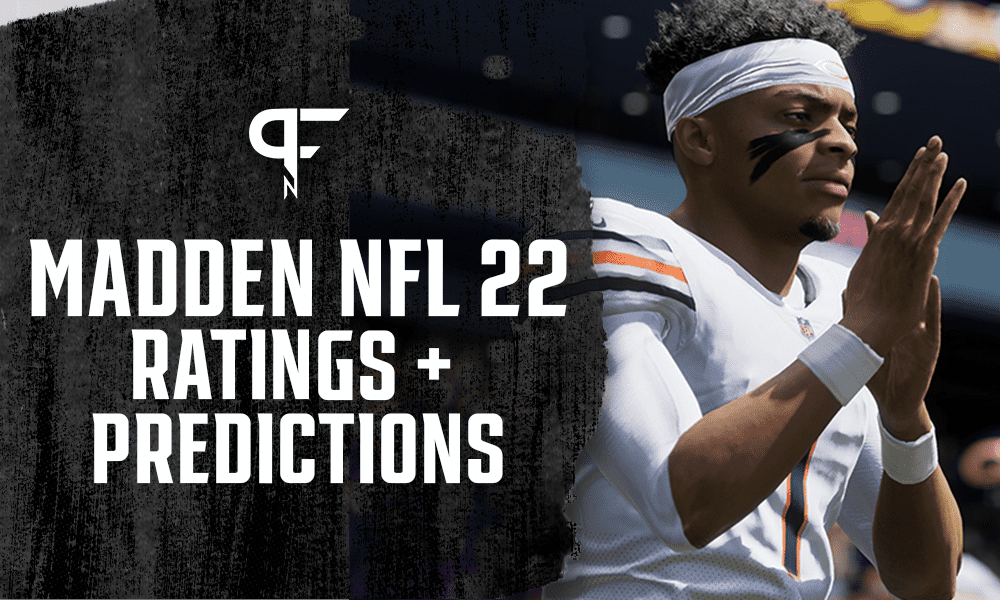 There are plenty of stars in the NFL, but only a select few will join the Madden 99 Club. Who made it and who was snubbed in Madden 22?

Based on Madden 22’s all-access schedule, “Ratings Week” begins on Monday, July 26. What makes the week-long event even more interesting this year, is that ESPN will be hosting it on their programming. Further adding to the allure, one member of the Madden 99 Club will be announced each morning on Get Up! at 8 AM E.T. So, what are our Madden 22 ratings predictions?

Before predicting who will join the 99 Club in the newest installment of EA Sports’ football franchise, let’s recap who made the cut last season. When Madden 21 launched, there were only five players in the 99 Club:

However, by the season’s conclusion, there were six athletes in the esteemed group:

With the most recent members of the 99 Club out of the way, who cracks the unit in 2022?

Which five players have been confirmed in the 99 club when it comes to their Madden 22 ratings?

Rodgers’ favorite weapon in Green Bay and one of the best receivers in the NFL, Davante Adams led the league in touchdowns (18) and receiving yards per game (98.1). What makes those numbers even more impressive is the fact that Adams missed two games. There is no doubt he deserves a seat at the 99 Club table.

Aaron Donald is no stranger to the 99 Club. He has owned a 99 OVR rating at launch for four straight years, beginning with Madden 18. There is nothing holding him back from making it five consecutive seasons. Donald came in as the No. 1 player in PFN’s Top 100 earlier in July. The Terminator is fresh off a 13.5-sack campaign that included 14 tackles for loss. He was a shoo-in for a spot in the Madden 22 99 Club.

After throwing one hell of a party, I mean camp, at Tight End University, Travis Kelce returns to Kansas City wearing the TE1 belt. He is the best receiver at the position, even at 31 years of age. In 2020, he racked up 105 receptions (5th), 1,416 yards (2nd), 11 touchdowns (t-5th), and 79 receiving first downs (1st), all of which were top five in the NFL regardless of position. Kelce concluded the season on the 99 Club and will remain there entering 2021.

After beginning Madden 21 as a 94 overall, Ramsey becomes the most recent member of the 99 Club! Ramsey is the best corner in the NFL and landed at No. 11 on PFN Top 100. The shutdown corner earned 99s in nearly every coverage-related ratings in Madden 22, making him lethal whether controlled by the user or with the AI at the helm. With two members of the 99 Club on their defense, it will be challenging to move the ball on the Rams’ defense.

Mahomes is one of two cover athletes on this year’s Madden. He has led the Chiefs to back-to-back Super Bowls and is the favorite to do so again in 2021. Mahomes can sling the ball into any hole, whether looking or not. Like Donald, Mahomes is a lock to make it into the 99 Club, and honestly, those two should be in their own tier of 100 overalls.

While all five of the Madden 22 99 Club members deserved their spot, there were a few others who should have joined the group.

The reigning MVP threw a career-high 48 touchdowns against just 5 interceptions. Sure, Tom Brady has more rings, and Patrick Mahomes may have the strongest arm in the league, but no one throws a prettier ball than Rodgers. The recent scrutiny and uncertainty around his situation in Green Bay may have led the developers to drop his rating.

King Henry rushed for 2,027 yards last season, the most since 2003 and the fifth-most all-time. He is the most dominant runner there is, standing at a listed 6’3″ and 247 pounds. If his stiff arm doesn’t launch you into the Shadow Realm, his brute force will.

It was DeAndre Hopkins’ first season in Arizona after Houston traded him away for what amounts to a chip, a penny, and a used napkin (Spongebob reference, anyone?). Not only did he reel in the second-most receptions (115) and receiving yards (1,407), but Hopkins ended the year with the most receiving first downs (75) at the position. He ended 2020 as a 99 overall and should have remained there at the start of the 2021 season.