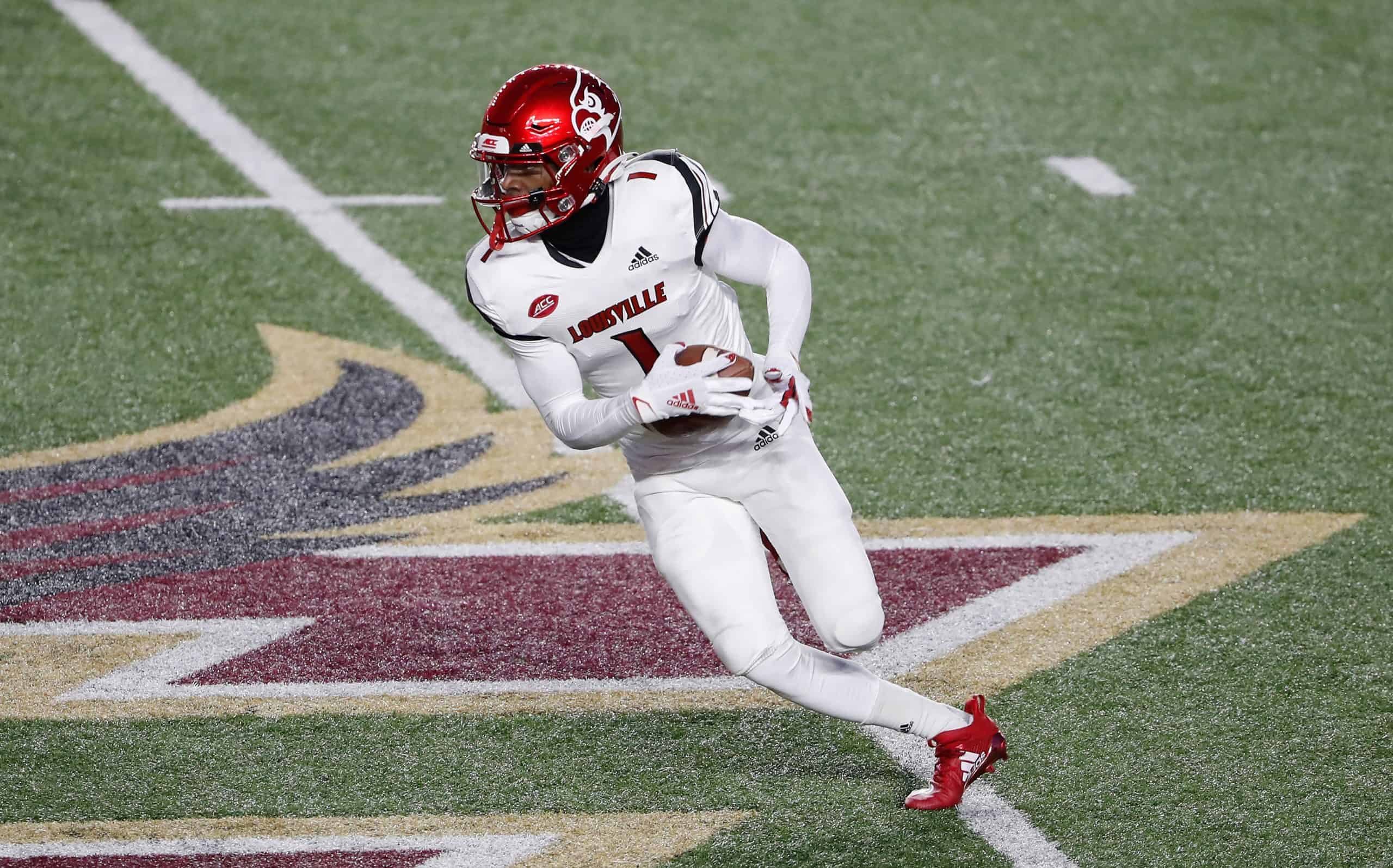 The Los Angeles Rams are preparing for Super Bowl contention after trading away two first-round picks to the Detroit Lions for Matthew Stafford. They lost several starters via free agency and will look to retool in the draft. The Rams have done a great job developing young talent as of late, and it wouldn’t surprise me to see a number of these players turn into quality starters. What grades did the Rams 2021 NFL Draft picks earn?

Who did the Rams draft on Day 2?

One of the fastest players in the class, Atwell is small in stature but can make a big impact. The Rams had holes on defense to address that should have taken precedence, but Sean McVay wants to dominate on offense. Another playmaker for new quarterback Matthew Stafford.

The Rams took a special-teams linebacker over Jabril Cox, Baron Browning, and Cam McGrone. Ernest Jones is a limited athlete who struggles covering in space. The Rams needed a linebacker, but this is a reach and a half over much, much better players.

The Rams add a very talented interior defensive lineman to play alongside Aaron Donald. Bobby Brown was a productive and disruptive interior pass rusher in the SEC. Strong value for the Rams on Day 3.

Solid size and impressive ball skills, Robert Rochell is a great fit in a Rams’ defense that develops defensive back talent better than anyone else in the NFL. Rochell could be a nice boundary piece for the Rams in the near future.

The Rams continue to address the WR position with draft capital. I think there were better players at more important needs, however. Jacob Harris is a quality player but poor value here.

Pat Fitzgerald is well regarded as a strong developmental head coach. Earnest Brown IV was an impactful player on the Northwestern defense for three years.

Jake Funk is an exciting special teams player. The Rams made it an emphasis to address the skill-position depth. The team has a trio of talented running backs though, so this pick can be a bit perplexing. Special-teams value has to be the driving force.

The Rams continue to add talented depth pieces to the wide receiver corps. The position’s value isn’t great here, but Ben Skowronek is a talented player with great size for the position.

The Rams reached on several picks and didn’t find great positional value. They added some talented playmakers but overall this was a great class. Luckily, the team has done an excellent job developing talent lately.

The Rams dealt Jared Goff for Matthew Stafford this offseason. What are the holes around him?

The most prevalent of the Rams’ needs is the second level of their defense. Kenny Young and Micah Kiser are the Rams’ current starters, and both could be upgraded upon with 2021 NFL Draft picks. Expect the Rams to target a linebacker early and potentially even double down on the position later.

If the Rams don’t take a linebacker with the 57th selection, I’d be shocked if they didn’t take the top center on the board. Adding a young anchor to the offensive line would be a huge upgrade for both the passing attack and the ground game.

The Rams have been searching for a legit edge threat since Dante Fowler had a big year in the City of Angels. The Rams could target one of the talented edge defenders in a relatively deep 2021 NFL Draft class.