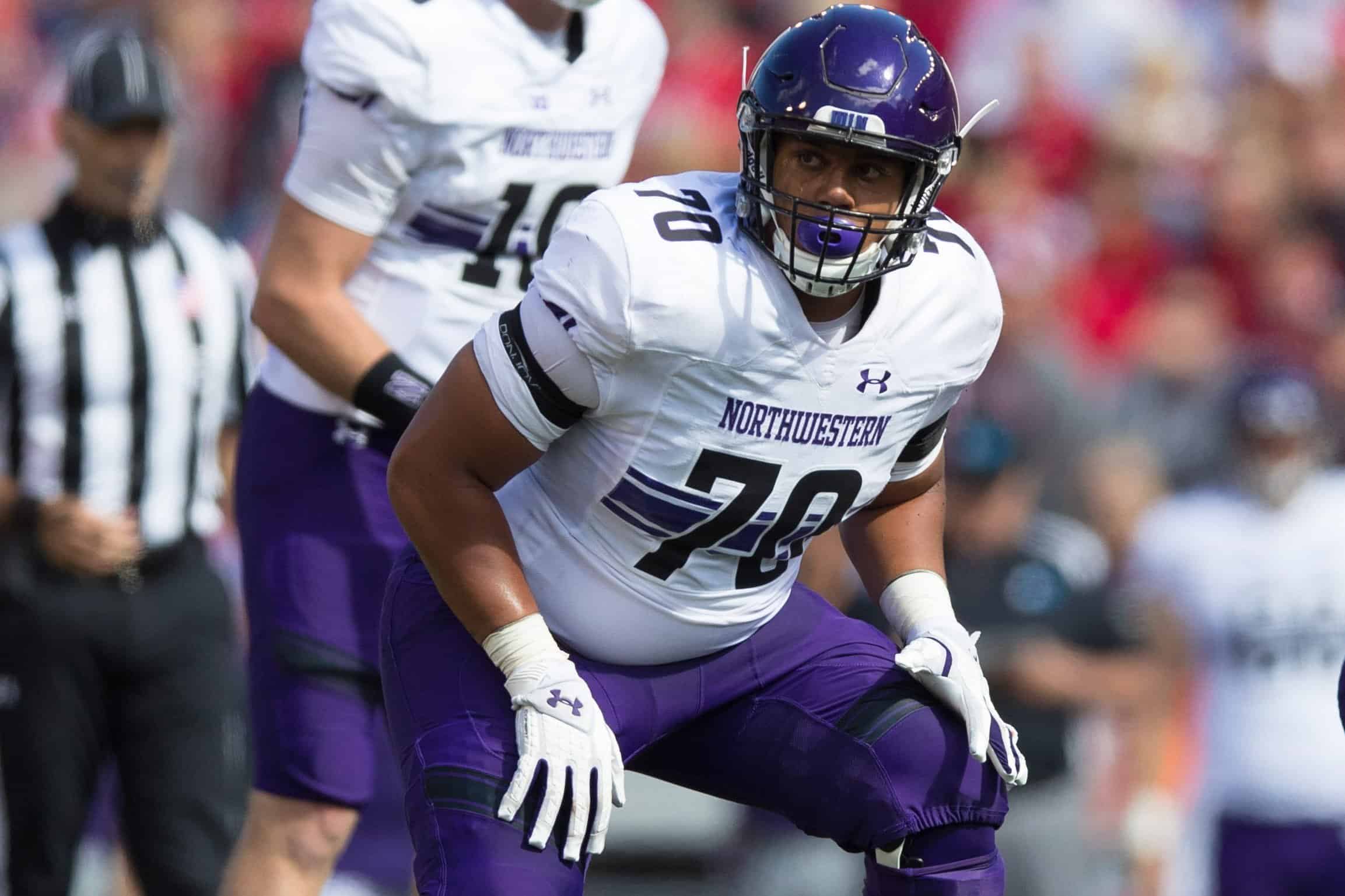 The Chargers absolutely nailed the 2020 NFL draft by selecting QB Justin Herbert. After a proactive offseason and with a new coaching staff to build around Justin Herbert, the Chargers are poised and ready to compete for the playoffs. How will the new staff attack the 2021 NFL Draft?

Who did the Chargers draft on Day 1?

The Chargers’ first pick in the 2021 NFL Draft was a steal.

After months of debating Slater vs. Penei Sewell in the top 10, Slater falls into the Chargers’ lap at No. 13. Slater is an elite technician at offensive tackle and ready to play right away. He posted excellent testing numbers at his Pro Day, proving the athleticism questions off of his film. He’s a clean, high-floor pick. The Chargers have secured their left tackle of the future and revamped their offensive line.

Slater was a top-10 player on virtually everybody’s board for a good reason. He’s a stalwart tackle that will play for a decade for the Chargers — a no-brainer selection to build around Justin Herbert and protect him.

What a pick. The Chargers needed another corner after releasing Casey Heyward, and they got a steal in Asante Samuel Jr. here. A feisty and scrappy corner with great chops in man coverage. He fits what Brandon Staley wants to do on defense and he offers inside/outside versatility.

What an exciting start for the Chargers. Josh Palmer is a great vertical threat to pair with Keenan Allen and Mike Williams. The Chargers have continued to build around Justin Herbert on offense. Palmer brings a vertical presence to the Chargers that they don’t really have on the roster outside of Jalen Guyton. It’s a good pick, though I would have taken Dyami Brown here.

This feels like a bit of a reach for Tre’ McKitty, but he fills a need. He is a high-upside tight end who never got a shot to develop as a receiver at either Florida State or Georgia. Jared Cook is the TE1 in LA, but McKitty can sit and learn from him while also providing an athletic boost in the Chargers’ effort to replace Hunter Henry. Committing to Justin Herbert by building the talent around him is a respectable effort.

Chris Rumph II is an undersized pass rusher, but he possesses great quickness and wins with good use of hands. He was incredibly productive at Duke with 17.5 sacks and 34 tackles for loss. The Chargers needed to boost the pass rush around Joey Bosa, and Rumph is a good add in that room.

The Chargers keep adding talent on offense. Brendan Jaimes likely moves inside to guard for the Chargers and competes there, but he is a balanced, physical, and smart offensive lineman. He might not be a starter right away, but he’s a talented depth player to have and develop. An outstanding draft continues for the Chargers

The Chargers needed to add another player to their linebacker room, even if it isn’t a super high priority for Brandon Staley’s defense. Nick Niemann tested through the roof at his Pro Day but is unproven in coverage. Niemann projects as a special-teamer/rotational linebacker to start his career in Los Angeles.

The Chargers have star Austin Ekeler in their backfield but got inconsistent results out of the rest of their backs. Larry Rountree III isn’t flashy, but he’s a tough, reliable runner. He’s a grinding, always falling forward style of back, which is always a good add. Many analysts had Rountree graded higher, so this is a good pick.

The Chargers needed to add to their safety room after losing so many snaps this offseason. Mark Webb is a solid athlete who projects best as a special-teamer who can fill in as a rotational safety or nickel. Staley got a home-run in Jordan Fuller last year, he may think Webb can be the same.

The Chargers knocked it out of the park in the 2021 NFL Draft. They added Slater and Jaimes to their offensive line, making a good offensive line even better. Palmer, McKitty, and Rountree are a great trio of playmakers to add to their already talented offense. Samuel Jr. and Webb are scrappy players that fill out their secondary depth. Niemann projects as a good special-teamer and rotational player on defense. It was an excellent start to the Brandon Staley era.

With Justin Herbert at the helm, the future looks bright in Los Angeles.

The Chargers did an excellent job attacking their offensive line in free agency. However, they still need an answer at their left tackle spot. I would expect left tackle to be one of their first two picks in the 2021 NFL Draft.

The team released Casey Heyward as a cap casualty. They retained Chris Harris Jr. and Michael Davis, but they need another starting-caliber corner. This is a pretty talented cornerback class in the 2021 NFL Draft, and Brandon Staley would want to take advantage of it.

Los Angeles has one of the game’s best pass-rushers in Joey Bosa. Still, they lost Melvin Ingram, and that spot hasn’t been filled. In order to catch Patrick Mahomes and the other quarterbacks in their division, adding more talent to their pass rush is a must.

Staley loves deploying multiple safety looks, judging by how he ran the Rams’ defense last year. The Chargers have Derwin James and Nasir Adderley returning but lost almost 1,100 snaps in free agency with Jenkins and Jahleel Addae. They’ve not signed anyone in free agency to fill that void either. As a result, I’d expect them to add one or more in the 2021 NFL Draft.

It’s no secret the Chargers have been scouting wide receivers while they continue to build around Herbert. The team has four receivers set to hit free agency next season, including former first-rounder Mike Williams. The team needs to add more speed to this room.