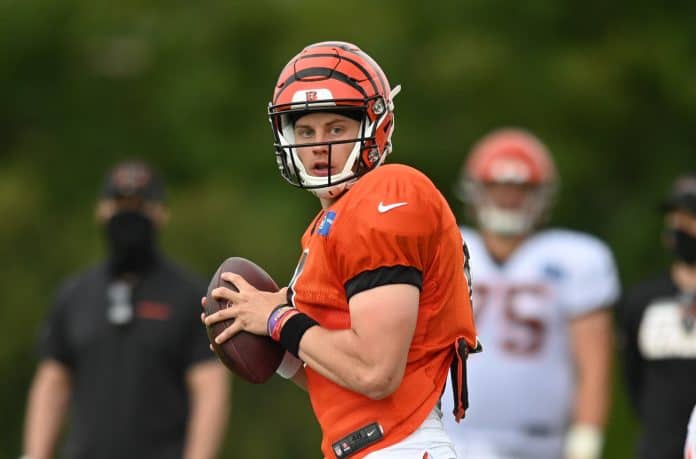 Joe Burrow's debut for the Cincinnati Bengals didn't go as he hoped personally, but it still shows a lot of promise for the rookie.

Former LSU quarterback Joe Burrow’s debut came after a long list of accomplishments with the Tigers. Expectations were high for him when he entered the NFL after being drafted first overall by the Cincinnati Bengals.

While it wasn’t the outcome they were hoping for, Burrow showed some sparks and gave us an indication that his abilities could translate to the NFL level. He’s been called “sneaky fast” in the past and showed that on a 23-yard rush to the end zone to record his first-ever NFL touchdown, instantly making an impact.

Hardly any rookie’s debut is without some slight blunders, and Burrow was no different. Overall, he showed the type of poise and efficiency you want out of a quarterback at the NFL level, but at times made some questionable decisions and wasn’t without some sloppy passes in a game where the team’s poor pass protection didn’t help at all.

He finished the game going 23-of-36 passing for 193 yards, with one rushing touchdown and one interception. The pick came in the fourth quarter, nearly putting the game away right there for Los Angeles.

Burrow had a particularly strong final drive as the Bengals nearly rallied to win, completing 7-of-9 passes for 70 yards and showing strong clock management. He took the team all the way to the Chargers’ three-yard line, painfully close to becoming the first rookie quarterback taken at first overall to win in Week 1 since David Carr did it back in 2002.

Though just one play away from the victory, the Bengals still begin the season at 0-1.

Burrow was painfully close to sealing a win over the Chargers in the final seconds of the game, but instead, the team fell in a tight matchup that the quarterback gave himself a grade of “D” in.

“At the end of the day, I made too many mistakes for us to win the game and we didn’t make enough plays,” he said. He was incredibly unhappy with an overthrown pass to an open A.J. Green in the end zone. “I can’t miss that one to A.J.,” he said. “A high-schooler can make that throw.”

At this point, it seems that things can only get better for the perfectionist now that he’s had a chance to break himself in. He’ll have the opportunity to show that when the Bengals face the Cleveland Browns on the road Thursday.

Burrow is his own worst critic, and he showed that frequently in his time at LSU. Even though there are still some things to clean up, Burrow still recorded an above-average performance for a player at his experience level in this type of position.

Green called Burrow “unbelievable,” praising his efforts, particularly on the last drive on the game, and noting his composure.

“That guy doesn’t flinch,” Green said. “The way he handled himself in that last drive was unbelievable. I haven’t seen any rookie the way he handled it after adversity. We got a special one in Joe.”