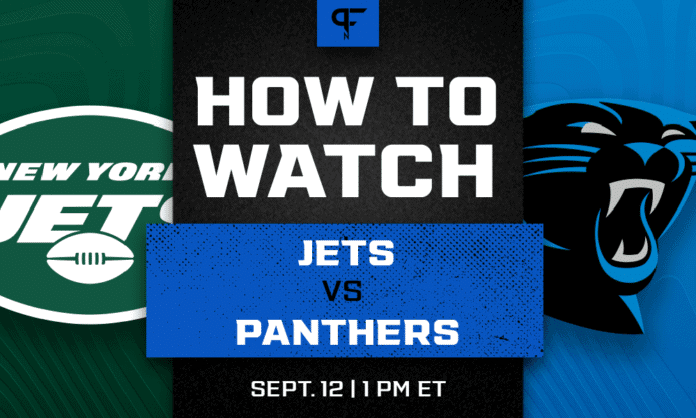 Jets vs. Panthers prediction, how to watch, odds, and preview for Week 1

What channel has the Jets vs. Panthers game, where can you live stream it, and what are the latest odds and predictions for the Week 1 tilt?

The Jets vs. Panthers might not scream “primetime matchup,” but there are some interesting storylines surrounding this Week 1 showdown. Sam Darnold is playing against his old team. Zach Wilson is making his first NFL start. Matt Rhule faces Robert Saleh. Let’s take a look at the current NFL odds, TV channel, how to live stream, and a prediction for the Jets vs. Panthers Week 1 NFL game.

When the New York Jets travel to Charlotte, North Carolina, they will display some new faces. The first and arguably most important is quarterback Zach Wilson. The Jets selected Wilson No. 2 overall in the 2021 NFL Draft and traded their starter from 2019, Sam Darnold, to the Carolina Panthers.

Wilson had a prolific season at BYU, which caused his draft stock to skyrocket. However, he will not be the only new face for the Jets. They also have a new running back in Michael Carter, two new WR1 options in Corey Davis and Elijah Moore, and a new head coach in former San Francisco 49ers defensive coordinator Robert Saleh. Will this revamped roster be enough to compete against a Matt Rhule defense?

Speaking of Rhule, his team comes into this one looking healthy after a tough 2020 campaign. Christian McCaffrey is back at 100%, and this offense has a few new weapons at its disposal. The question will be around Darnold and what he can do with his new team.

The Panthers clearly have confidence in former No. 3 overall pick Sam Darnold. Not only did they make the trade for him, but they also exercised his fifth-year option and did not draft a QB in the 2021 NFL Draft. Darnold admittedly struggled last season, but Rhule feels like he has more potential than what he showed with the Jets.

Even with the new faces on offense, the Jets are still very early in their rebuild. Both the offensive and defensive lines have issues, and the rest of the roster has glaring holes. They are heading in the right direction, especially under Saleh, but I think Carolina is a few steps ahead.

How to watch Jets vs. Panthers | Live streams, TV channel, and more

Odds for Jets vs. Panthers

All odds are provided by DraftKings Sportsbook.

Carolina laying more than a field goal at home might be a tough pill to swallow for those that remember how bad their defense was last season. However, they are another year older under Rhule and should take a step forward. Rhule is a tremendous coach known for his ability to rebuild programs — look at what he did at Temple and Baylor.

While I think the Jets are heading in the right direction, a rookie QB on the road for his first NFL start is not a situation I want to put my money on. I think Carolina gets the win and covers the short spread. I also lean to the under here, with first game jitters helping to keep this score below the total.