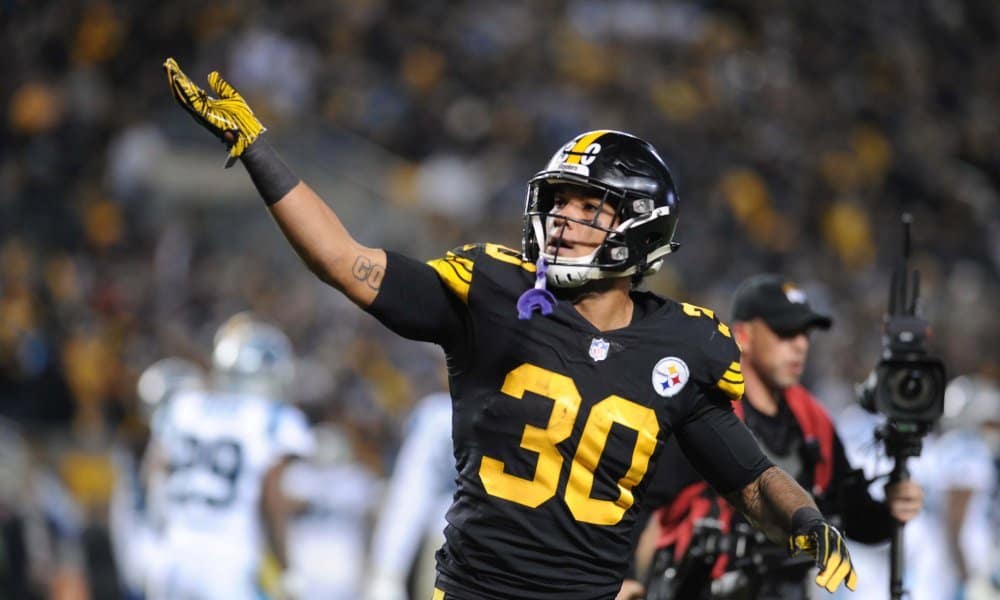 Back in April during the 2020 NFL Draft, the Pittsburgh Steelers once again decided to spend another top draft pick on a new running back. Since selecting James Conner during the third round of the 2017 NFL Draft, the Steelers have drafted a running back in three out of the last four drafts. Having a bench full of ready-to-go running backs seems to be a must-have for head coach Mike Tomlin due to the fact that Conner can’t seem to stay on the field for any significant period of time. If the Pittsburgh Steelers want to compete in 2020, Conner has to up his production this season.

Using OSM to look at James Conner in 2019

Conner was suddenly forced to step up during the 2018 season with the infamous hold out of Le’Veon Bell. Tomlin announced that he would be starting indefinitely, and Conner made his first appearance as an NFL starter during the season opener. By season’s end, he amassed an impressive 973 rushing yards and 12 touchdowns — a performance that led to his first Pro Bowl selection.

But then the 2019 season began. During Week 2 against the Seattle Seahawks, Conner was forced to exit the game after a knee injury. The regressions began there. After ending the 2018 season with the 11th highest overall OSM grade for running backs with 16.94, Conner’s 2019 overall grade had fallen to 10.88, making him the RB38.

The Offensive Share Metrics (OSM), which measures how much of an impact a player had over his own stats, was created as a way to provide a numerical scale to illustrate the production value of a player during any given week. The best running backs in the NFL will normally average an overall OSM grade in the low-twenties. 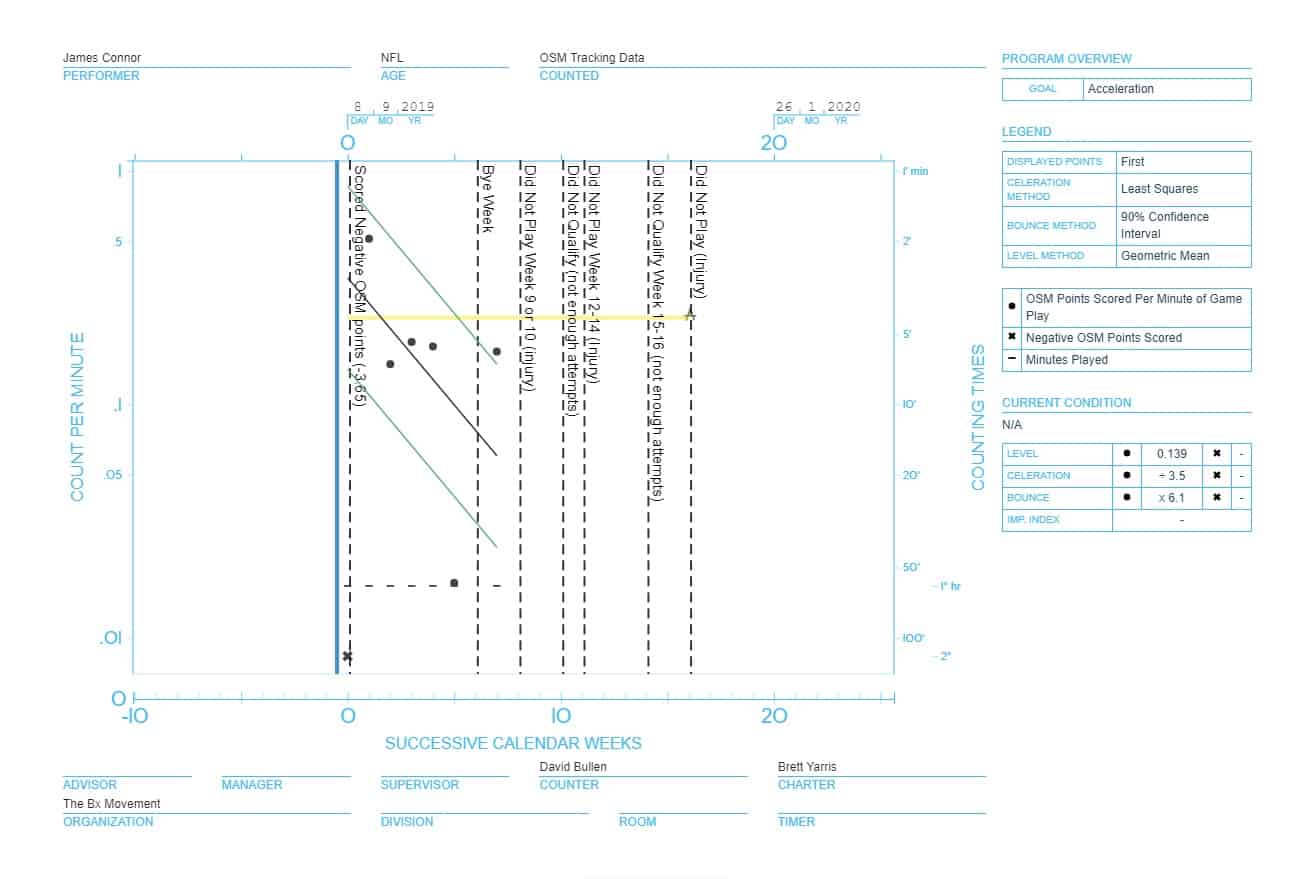 During Week 1 of the 2019 season against the New England Patriots, Conner’s on-field performance resulted in an OSM score of -3.65. When considering his production value, he was a detriment to the team’s overall offensive. Conner was on the field for 46% of the offensive snaps and averaged just 2.10 yards per attempt that week. With just 10 attempts, he couldn’t seem to get anything working. The Steelers lost 3-33.

And things didn’t get much better as the season progressed. Conner’s OSM decelerated in performance by a multiple of 3.5 as the weeks went by, resulting in a negative trending production output. During Week 6 against the Chargers, Conner once again struggled to get anything going in the rushing department. He averaged just 2.56 yards per attempt but did manage to score a touchdown. His OSM grade of 1.03 barely carried any weight for his offense and was the second-worst grade in the NFL that week.

Conner suffered a shoulder injury during Week 8 that caused him to miss several games immediately afterward. After a brief reappearance in Week 11, he re-injured the shoulder and, with the exception of a handful of snaps in Weeks 14 and 15, missed the remainder of the 2019 season.

But it is what happened before the injury that is the cause for concern. Using the OSM metrics to evaluate Conner’s individual production, his performance trends had a bounce rate of 6.1, which is three times higher than the maximum threshold that is found in consistent running backs. His overall performance was very inconsistent and firmly below the leagues average for running backs which ultimately provided little to no value overall to his offense. By the end of the 2019 regular season, he had rushed for 464 yards across 116 total snaps — an average of just 4.00 yards per attempt.

Gearing up for the 2020 season

Conner has to find a way to stay healthy and get back to the level of production that his 2018 stats show that he is capable of. And if staying healthy means sharing more of the workload with fellow backs Jaylen Samuels and Benny Snell Jr., then that’s exactly what he’ll have to do. The Steelers, who have been trying to fill Bell’s shoes for several years now, will need a reliable back in all 16 games if they want to stay competitive in their division.

If the 2018 season is any indication of what Conner’s ceiling can be, then there is a real chance that he can turn his career around. When he’s healthy and in a groove, he can produce as a top tier running back at all levels. Let’s just hope that last season was a good example of a guy just having an off-year and not the classic story of a running back slowly running out of gas.