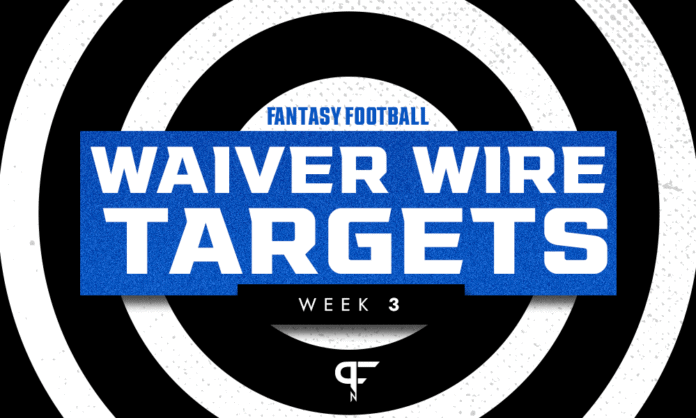 In the Mood Fantasy Football Podcast: Latest news and notes

PFN's In the Mood for Fantasy Football podcast has a new episode, and it's jam-packed with lineup advice based on the latest fantasy news.

The latest episode of Pro Football Network’s In The Mood for Fantasy Football Podcast discussed who to prioritize on the waiver wire ahead of Week 3 in addition to the latest fantasy football news.

To watch this week’s episode of In the Mood for Fantasy Football, tune into the video player above. You can also listen on your favorite podcast platform, including Apple Podcasts and Spotify.

PFN’s Fantasy Football Analyst Tommy Garrett and I had a riveting discussion around players you should target on the waiver wire after an exhilarating Week 2. One player we were aligned on was Arizona Cardinals wide receiver Rondale Moore.

Rondale Moore operates with a clear understanding of route leverage

Moore is going to be the top waiver wire pickup of the week. Last week, he went into boss-mode form against the Vikings, drawing a team-high 8 targets for 114 receiving yards and a touchdown.

Let’s take a brief moment to discuss Moore’s collegiate résumé. While he only played in seven games due to injuries over the past two seasons, Moore’s 2018 season was epic.

He posted 114 receptions for 1,258 receiving yards and 12 touchdowns for Purdue. Ultimately, Moore averaged 11.7 targets, 9 receptions, and 93.6 receiving yards per game during that freshman campaign. He displayed remarkable upside in college, and we’ve gotten a taste of that at the NFL level.

The rookie has propelled himself onto the WR3 radar with upside moving forward. The rapport between Moore and franchise quarterback Kyler Murray should only get stronger. The Cardinals have a favorable matchup against the Jaguars in Week 3 followed by the Rams and 49ers. Then, in Weeks 6-7, Arizona faces the Browns and Texans.

Down the road, Moore has a chance to become a league winner during the fantasy football playoffs. In Weeks 15-17, the Cardinals will matchup against the Lions, Colts, and Cowboys, respectively.

Bringing it all together

This is a taste of what Tommy and I hashed out in the latest episode of In The Mood for Fantasy Football, a Pro Football Network podcast that keeps you up to date on the latest NFL news and how to adjust your lineups weekly with start/sit, waiver wire, and draft advice.