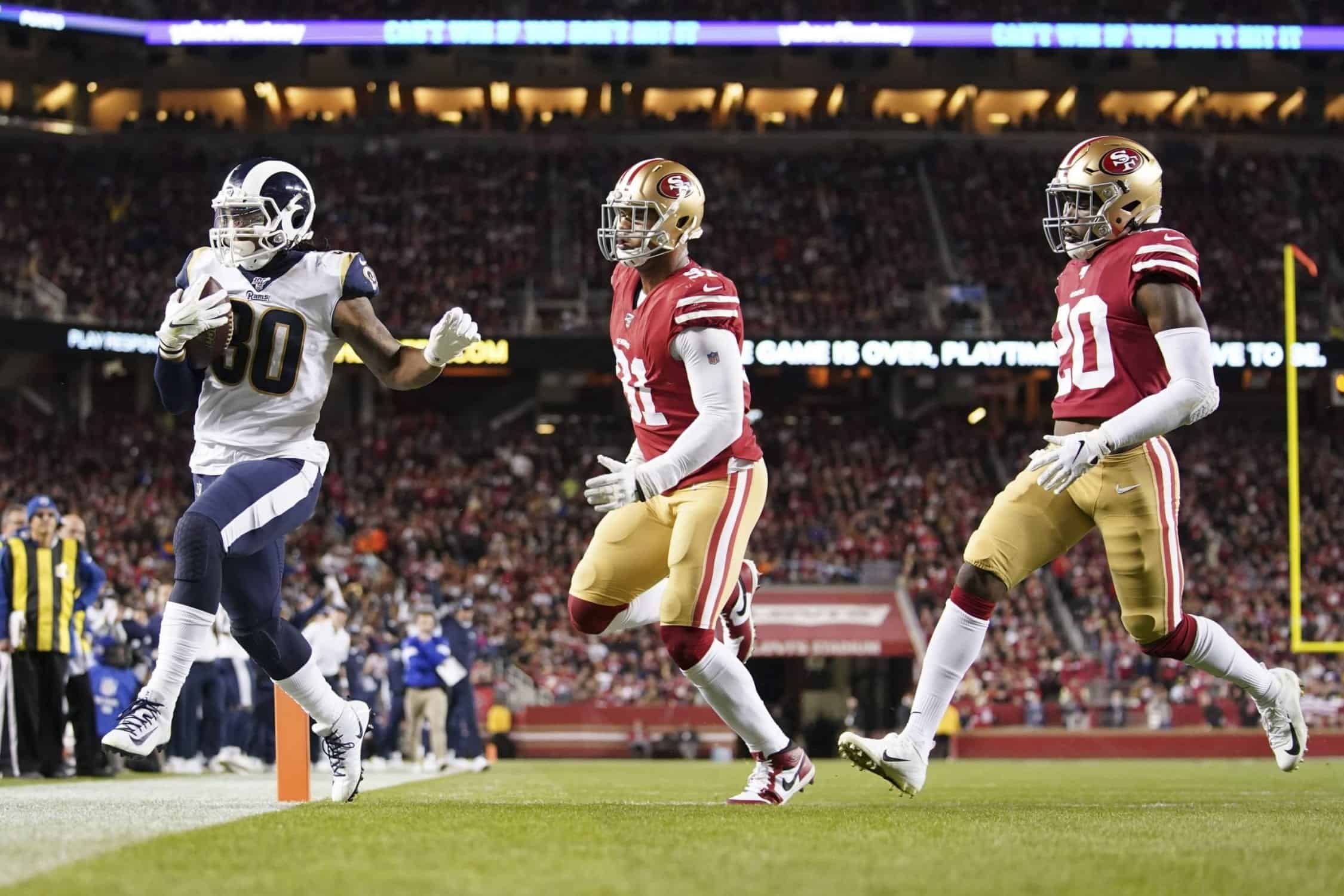 Life as an NFL running back can be cruel. Despite still being a vital part of any offense, teams will take a step back when addressing their run game in favor of paying the pocket-passers and sure-fire pass catchers. Apparently, Melvin Gordon and Todd Gurley didn’t get the memo heading into 2019. Either be great or be gone. In the end, the city of angels will need two new runners to carry their team to victory as the decade unfolds.

But, there’s something beautiful about a redemption story. In this case, perhaps two stories that could change the game for the better for two different franchises. Now, fresh off the market, both Gurley and Gordon will make the most of their current predicaments to better their chances at better deals.

One will return home, while the other will have the opportunity to face his former team, in hopes of redemption.

It’s hard to imagine the news of Gurley getting the boot just two years into a new contract after the success he had so early in his career. Drafted 10th overall in 2015, he was the Offensive Rookie of the Year. Two years later, he upgraded to Offensive Player of the Year.

Les Snead and company wasted little time paying the two-time first-team All-Pro a deal unthinkable at his position. After leading the league in rushing twice and making three trips to the Pro Bowl, the Rams inked their face of the offense to a four-year, $57.5 million extension that included $45 million in guarantees.

And as soon as the ink dried, things went south in his career.

A lingering knee injury forced Gurley to see a limit in carries. That led to less production in the backfield. Eventually, that led to the team calling around the league, begging for someone to take on the deal before another $10.5 million would reach his checking account Thursday.

Damn I got fired on my day off😂 #QuaratineAndChill

No one would bite on the 25-year-old, ultimately leading to his release later that afternoon. But perhaps the bigger question lies on how not even one team would take a chance on the man who tallied over 5,000 yards in five years of play.

In the end, we know the answer — dinged up running backs are a liability. For now, that’s what the NFL will see Gurley as.

So, what’s next for the back that brought comparisons to the likes of Eric Dickerson out in Los Angeles? Like anyone struggling, perhaps a trip home is best.

This trip will be permanent for Gurley, at least for a year. The Atlanta Falcons signed him to a one-year $6.5 million deal, making him their lead back for the 2020 season.

It keeps Gurley as one of the league’s three highest-paid running backs.

Gordon stays in the AFC West

As for Gordon? Well, that story could be due to his own mistakes. Already dealing with inconsistencies since entering the league just five picks after Gurley, the former Wisconsin starter never saw a college career plagued with problems.

Gordon missed two games a rookie and rushed for 641 yards without finding the end zone even once. The following season, he’d score 12 times but fell three yards short of a 1,000-yard campaign. It would only come in 2018 that Gordon finally surpassed the triple-digit marker, rushing for a career-best 1,105 yards and tacking on another 12 scores.

After the 2019 season, where the Chargers were eliminated in a divisional-round game against New England, Gordan’s contract was discussed. The team was willing to pay up to $10 million a season for Gordon’s services, despite coming off a sub-1,000 yard season. Instead, the two-time Pro Bowler wanted more.

He sat out to begin the season. And it was only when the team decided that Austin Ekeler would become the new man in command would Gordon realize his plan backfired. Returning to Los Angeles, he’d finish his final season with a career-low 612 yards and nine touchdowns.

But the thought of playing against the team that let him walk? That sat inside Gordon’s mind all offseason. So when the Denver Broncos made him an offer, it was personal for him to head back out west.

Melvin Gordon has signed with the BRONCOS 🚨

(per @RapSheet, clip via @FOXSports) pic.twitter.com/GO6ohIpyyv

Denver and Gordon agreed to a two-year, $16 million deal Friday morning, sending him to the Chargers’ rival in the mile high. Pairing with Phillip Lindsay, who could need a running mate, perhaps Gordon could perform like the $13 million runner he believes he can be in a new system.

The Broncos’ move this offseason will benefit the run game. Adding Gordon should take the pressure off second-year quarterback Drew Lock while the addition of Graham Glasgow to add to Ja’Wuan James and Dalton Risner could build a serviceable line. If Denver could just add a speed threat with Courtland Sutton and Noah Fant — that AFC West that was dubbed the “Chiefs Kingdom” could belong to any of the four foes vying for a playoff spot.

Both redemption stories are for now unknown. Knee problems could derail Gurley’s story while Gordon could be nothing more than a backup to take reps when Lindsay needs to rest. But they also could be new starts to chapters of two of the top runners in football when healthy.

Gurley was perhaps the most prolific back in the league when Los Angeles flashed a deal his way. Now, he’ll have to prove he’s worth a second chance. Gordon wanted to be the big man in the market, following the Le’Veon Bell expressway not to be paid. He’ll miss out on an extra $2 million a season due to his negligence.

Risks are always a part of winning the war. The Rams were trying to keep the horse that led them to a 13-3 season in their backfield for multiple postseason runs. It backfired. Gordon wanted to earn Gurleyesque type of money. That was a swing and a miss.

Sometimes though, redemption can come in many forms. Home could be where the heart always was, and revenge sometimes is better served cold. For Gurley and Gordon, let’s hope their redemption stories are just starting. With new uniforms, this could be the next chapter for both, or perhaps just a false happy ending.