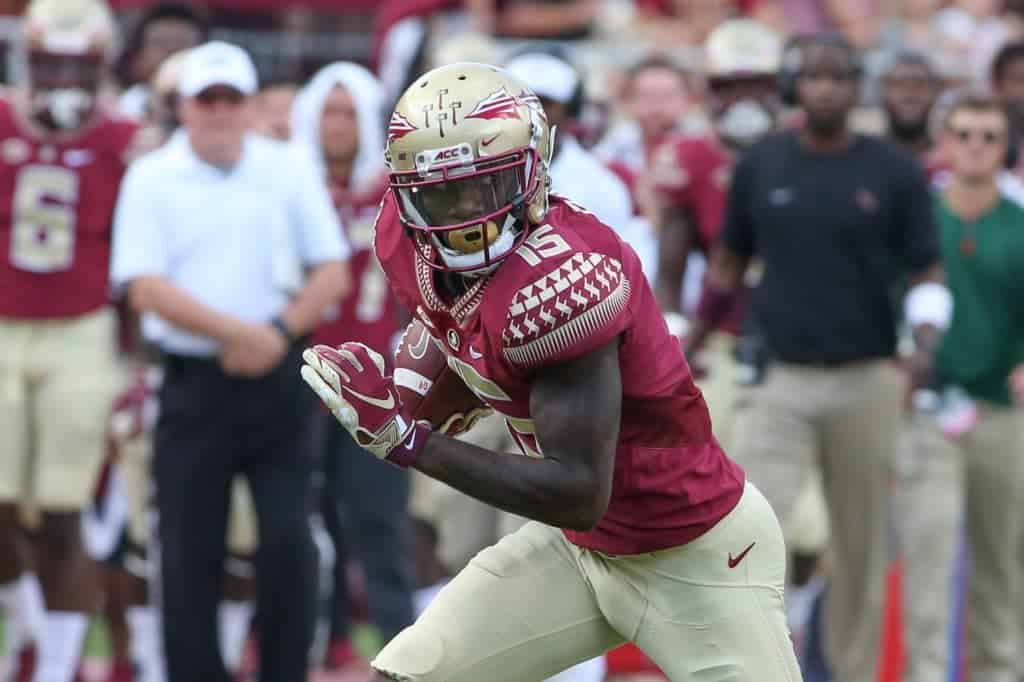 The Florida State Seminoles have had solid representation in recent NFL Drafts, occasionally placing players into the first round. That’s a far cry from the 90s, when they consistently placed multiple players in Round 1. Based on my board, I see few top-100 choices and no first-round prospects in the immediate future for the Seminoles.

Heading into 2019, Florida State will kick off their season on August 31 against Boise State. They’ll stay at home and host LA-Monroe in Week 2 before heading to Virginia in Week 3. On October 12, they’ll have a showdown with Clemson before taking on Wake Forest and Syracuse. This will not be an easy year for the Seminoles, especially with the lack of top draft-eligible prospects on their roster.

Redshirt sophomore Tamorrion Terry is our top prospect from Florida State, but he grades no better than a fourth-round prospect at this point. He’s a solid receiver with dependable hands and good quickness, but his average size and speed are nothing out of the ordinary.

Florida State defensive tackle Marvin Wilson is graded as a fifth-rounder on my board, but I could see him making a move north. He combines excellent size with solid power, but he needs to complete his game and turn up the productivity.

I stamped Levonta Taylor as a seventh-round prospect, and in conversations with scouts I’ve found some feel he’s a free agent. Others believe he fits into the fifth round.

But, there’s nothing about Taylor’s game at the cornerback position that stands out on film. He has average size and speed and his play is inconsistent. While he flashes athleticism for Florida State, he may not have a true position at the next level due to poor computer numbers.

Note: This table has already been filtered for the Florida State Seminoles prospects. To view other prospects that I have graded, use the drop down lists below to filter the table.