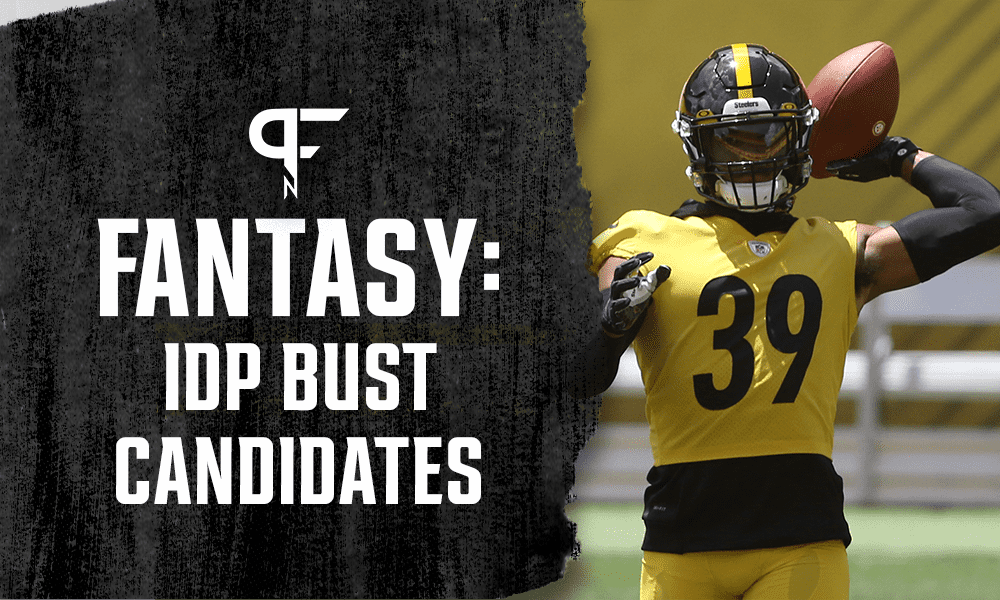 Fantasy football IDP busts are often overvalued by managers, and these are players you should not draft at their respective ADPs in 2021.

Every season, there are numerous defensive players selected in fantasy football drafts who end up busting. The ADP of these players often doesn’t match up with their true value. All of the IDP players mentioned below are in a position to disappoint in 2021 as fantasy busts.

Which defensive linemen could be IDP busts in 2021?

Jordan’s statistical output in 2020 was his lowest since his rookie season back in 2011. He accumulated 51 total tackles and 7.5 sacks. Jordan also led the Saints with 61 quarterback pressures. The 32-year-old rusher has played 900+ snaps every season of his career. The Saints have already begun to plan for the future by drafting Payton Turner in the first round of the 2021 NFL Draft.

Recency bias is a cognitive bias that favors recent events over historical ones. This applies to Trey Hendrickson. He was relatively invisible during his first two NFL seasons with the Saints. Hendrickson played in 20 games in reserve duty and accumulated 25 tackles and 2 sacks.

With 20 starts between 2019 and 2020, however, Hendrickson’s statistical production increased. He stockpiled 38 total tackles and 19 sacks. He finished the 2020 season with 13.5 sacks, which tied Aaron Donald for the second-most in the NFL.

The irony is that Hendrickson’s ADP implies that fantasy managers expect him to surpass last season’s production in 2021. But Hendrickson struggles against the run. Furthermore, the Bengals have Sam Hubbard, Joseph Ossai, and Cameron Sample, who are all solid run defenders.

Which linebackers stand out as potential IDP busts in 2021?

Reddick finished last season with 63 total tackles, including 20 tackles for loss. He also finished 2020 with 12.5 sacks and is now being drafted within the top 20 of his respective position.

It is worth mentioning that 5 of Reddick’s sacks took place in one game. Moreover, he stockpiled those sacks against below-average competition. Reddick is now with the Panthers, and he’s likely to see a decrease in snaps and production playing alongside Brian Burns and Yetur Gross-Matos.

Last season was disappointing for Jarrad Davis in Detroit. He only amassed 46 total tackles, 49 fantasy points, and played just 29% of the defensive snaps. Davis was on the COVID-19 list for one game and missed another with a knee injury.

Many fantasy enthusiasts are anticipating a bounce-back season for Davis in 2021 with the Jets. The expectation is that he will thrive in head coach Robert Saleh’s defense.

One reason why I’m not bullish on Davis in 2021 is that he’s historically not been good in coverage. This is one responsibility Saleh’s defense asks his linebackers to take on. Davis had a reception percentage of 93% last season and 80.3% for his career.

It may be best to avoid these defensive backs in IDP fantasy drafts.

Minkah Fitzpatrick is an entertaining player to watch on film. Many consider him the NFL’s best safety, and as a result, he is drafted higher than he should. Last season, Fitzpatrick had 60 solo tackles, 19 assisted tackles, and 1 tackle for loss. He doesn’t have consistent tackle production and is dependent on the big play.

The most consistent safeties in IDP are often lined up close to the line of scrimmage or in the box. This allows them to stockpile tackles. Unfortunately, Fitzpatrick is often lined up as the primary deep safety.

Therefore, Fitzpatrick’s fantasy production is more dependent on interceptions and pass breakups instead of predictive stats such as tackles. He is not a player I recommend you reach for in IDP drafts.

Bates accounted for 15 passes defensed last season, according to Pro Football Reference. For the season, he only allowed 19 receptions on 35 targets for 178 receiving yards and an opponent passer rating of 42.3. Bates also amassed 78 solo tackles, 31 assisted tackles, 3 interceptions, and 12 pass breakups in 2020.

The Bengals made additions this offseason that will strengthen their defense. Bates will have more support this season. My biggest concern is that he plays a high percentage of his snaps in a deep alignment similar to Fitzpatrick. Additionally, Cincinnati’s linebacker situation is much improved heading into the 2021 season.