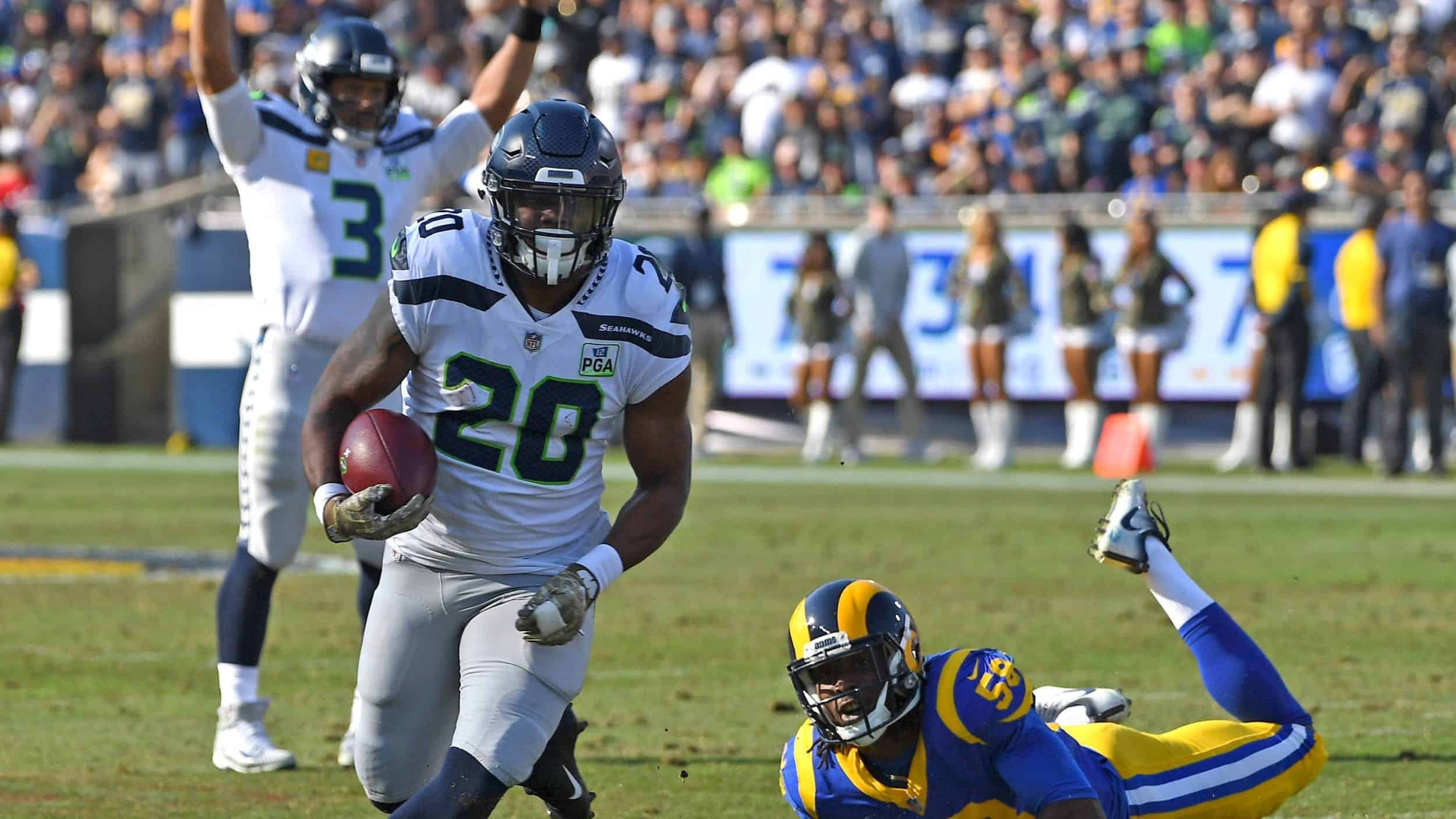 Every year we search for that fantasy football sleeper or breakout candidate that will give you the supreme edge over your league. These guys do not always perform up to expectations. It is very easy to give up on these players and move on to the next one.  It is important to not only remember why you were so excited about that player but also look at the situation.

There are so many factors that go into a good fantasy football season. Sometimes it is not the players who are at fault. Whether it was injuries, bad quarterback play, tough schedules, or a new system; these players are still talented. The beauty of the post-hype players is the price. These players will come at a discount.

Late round values with big upside can give you the winning edge and that is what we aim to do. We want this information to get out there, so we’ve opened this article for everyone, even if you don’t have the PFN All-Access pass.

Here are some post-hype candidates that I think are going to be worth investing in this fantasy football season. Options that will bring quality value to your fantasy team and who you should be targeting this 2019 season.

San Francisco 49ers running back Tevin Coleman has been waiting to break out and fantasy football owners have been waiting as well. Once considered a sleeper this offseason, the secret is out on Coleman for 2019 as well as teammate Matt Breida. With the news that Jerick McKinnon had yet another setback in his quest for a return, it’s become clear that Coleman and Breida are number one and two, respectively, on this depth chart.

Coleman has now jumped to an early fifth-round ADP. Excitement has grown based on what he’s done in the past with head coach Kyle Shanahan. He broke out in 2016 with 11 combined touchdowns for the Atlanta Falcons under Shanahan when he was the offensive coordinator. Shanahan then moved on to the 49ers, and everyone was hoping for them to reunite at some point.

Coleman has been in a similar situation before when Devonta Freeman went down with an injury last season after Week 2. He shot up the rankings and was a must-own.  Unfortunately, Coleman did not have as productive as a season as we expected. He was inconsistent and his rushing numbers were down as he ran for only 800 yards with 4 rushing touchdowns.

The reasoning is pretty simple, the Falcons’ defense was one of the worst in the league in 2018. This caused there to be a negative game script for Coleman and the rushing game as the Falcons were constantly playing from behind. Coleman carried the football more than 11 times in only four games last year with six games in which he had less than 10 carries.  The Falcons were passing the ball often and Coleman saved his fantasy season with 32 catches for 276 yards and 5 touchdowns through the air.

This offseason he was expected to land a starting role and he ended up signing a two-year, $10-million contract this offseason with the 49ers. This killed his fantasy value even more as he had a perceived bad year and now he landed in a crowded backfield. That is no longer the case as he is now being drafted as the RB26 as a fringe RB3/Flex.

This is a player coming off 1,000 total yards year with 9 touchdowns and is now back in Shanahan’s offense. This offense is extremely fantasy football friendly to the running backs and has proven in the past to support more than one back.

Rashaad Penny vaulted up draft boards following the 2018 NFL Draft after the Seattle Seahawks used a first-round pick on him. Penny was expected to have a clear path to success and was being drafted as such. Unfortunately, his rookie season had a rocky start. The team also used running back Mike Davis more than expected, leaving Penny as the third option on the depth chart.

Fantasy owners had given up on him because of conditioning issues and weight problems. Minor injuries also played a role in Penny getting off to a slow start. This allowed the team’s incumbent starter Chris Carson to take hold of the lead back position. When Penny did make it on the field, however, he flashed, at times running for 4.9 yards and 8.3 yards a catch.

Davis is now with the Chicago Bears and his 42 passing targets on top of his 112 rushing attempts are up for grabs. The hype on Penny this year has quieted down in recent weeks following the report that Seattle wants to get Carson around 50 targets in the passing game this year. That report has seen Carson’s stock rise considerably while Penny’s has begun to dwindle.

Make no mistake, however. Penny will have a vital role in the Seahawks’ offense. And if Carson were to go down, Penny would instantly become a top 15 or better fantasy football option. On top of being one of the top handcuffs in the league, Penny offers weekly value. The Seahawks ran the ball more than any other team in 2018. Expect them to continue to run the ball and for Penny to be heavily involved in 2019.

As of now, Penny is currently being drafted as the 37th fantasy football running back off of the board at the end of the seventh round. Picking Penny in the late seventh or early eighth will pay off considerably this fantasy football season.

Ronald Jones, because of the opportunity, was a hot pick last year after the draft. Jones, however, had the most disappointing rookie year behind Derrius Guice for 2018. His hype train was led by major players in the industry last season and it went nowhere. This nightmare season resulted in Jones unable to unseat incumbent starter Peyton Barber.

Even when Barber was underwhelming, Jones still stayed planted to the bench. At the end of the year, Jones only totaled 30 touches. Thirty touches for an entire season is abysmal. Some running backs get 30 total touches in a game. As disappointing as this was, can we make a full assessment off of just 30 total touches? Remember, Devonta Freeman only had 95 total touches his rookie year before he exploded in 2015.

I am not saying to expect an explosion from Jones or comparing him to Freeman. What I am saying is that he is the ultimate lottery ticket and you should take high upside chances later in your drafts. Jones benefits from a coaching change and the team showed belief in him as they didn’t add a running back in this year’s draft.

Look for the team to utilize their second-round selection a lot more in 2019 and fantasy football production should follow. The hype of Dare Ogunbowale has grown as of late, but it will be some time before the undrafted rookie carves out a consistent role. Ogunbowale’s hype as driven Jones down to RB53. There is ultimately no risk of taking Jones at this point.

Chicago Bears tight end Trey Burton finished the season as the number seven overall fantasy football tight end in 2018. Let that sit in for a bit. I know it doesn’t feel like it and you may even fact check me on that. Although he did have an up and down season, he ultimately finished the year as a top tight end option.

When everyone heard that he was going to be in the Travis Kelce role, they expected the top-five or better production weekly. Burton fell short and he was the definition of boom/bust in 2018. He scored outside of the top 24 fantasy football tight ends in six games last year. However, Burton also had a number one overall tight end performance as well as three other top-five performances.

This up and down season has created a free fall for Burton as his current ADP has fallen all the way into the 11th round. He is going even further in some drafts and is being drafted currently as the 11th or 12th tight end off of the board.

I would like to remind everyone that this was his first year in Chicago and the entire team’s first year in this offense as well. Burton is the perfect upside tight end for anyone that is punting the position or looking for a backup with weekly starter potential. He is currently being drafted at his floor, and I think there is no way you don’t get the return on your investment with that price.

Atlanta Falcons tight end Austin Hooper is someone that I am sure you have seen on sleeper lists before. Hooper has yet to live up to his expectations, but let’s remember that tight ends typically take a while to marinate for fantasy football production. All three TE juggernauts in Kelce, George Kittle, and Zach Ertz, didn’t break out until their third seasons. In Hooper’s third year, he finished as the TE6. Despite that finish, Hooper is currently being drafted as the TE14 in the 14th round.

Hooper is in one of the top offenses in the league and he has no competition at his position. There is competition for targets, of course, as Hooper will find himself as the third or fourth option most weeks for the Falcons. Fortunately, this is no different than last year and he showed the ability to overcome this. Hooper is a perfect late-round tight end as he is being drafted below his floor with top-six upside.

David Heilman is a writer and Fantasy Football co-director for Pro Football Network.  You can follow him at @DynastyDorks on Twitter.