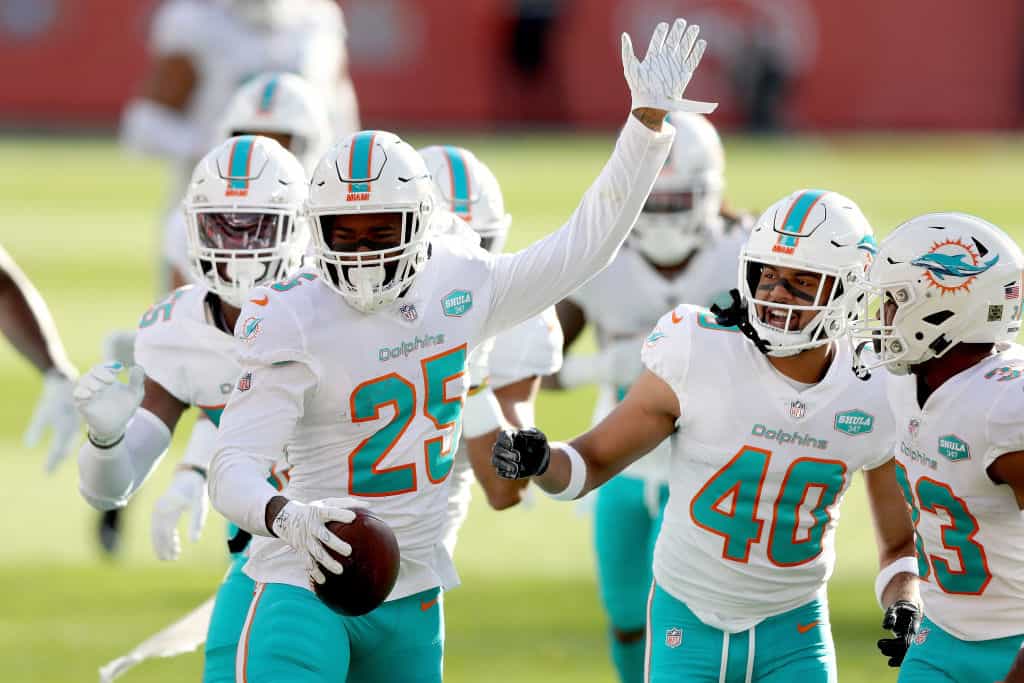 With the fantasy football season underway, Pro Football Network will have weekly Defense/Special Teams (D/ST) rankings for the 2020 season. We continue with our fantasy defense rankings for Week 12. While singular offensive players dominate fantasy football, the other side of the ball sees players work together as a unit. These rankings can be especially useful if you are streaming your defense on a weekly basis.

The entire Broncos quarterback room has been wiped out. Now, Denver is using a practice squad wide receiver (and former college quarterback) in Kendall Hinton to play quarterback on Sunday. RB Royce Freeman may also see some action as the emergency backup quarterback.

Starting the fantasy defense rankings in Week 12 means looking at a divisional matchup with the hapless Adam Gase led New York Jets. The Miami Dolphins defense that was on a scoring tear a few weeks ago has a chance to start a new streak.

With Joe Burrow suffering a season-ending injury in Week 11, the Cincinnati Bengals will turn to Brandon Allen, not gameday backup Ryan Finley. Coming off a bye week, the New York Giants have had extra time to prepare for an already incredibly favorable matchup.

Even with wide receiver Deebo Samuel and running back Raheem Mostert expected to return to action this week, the San Francisco 49ers are still without Jimmy Garoppolo, George Kittle, Jordan Reed, and potentially Brandon Aiyuk. The Los Angeles Rams are averaging the fifth-most fantasy points per game among defenses and are an automatic start nearly every week, regardless of opponent, and that does not change in the Week 12 rankings.

With multiple sacks in all but one game this year, as well as coming off of their strongest fantasy performance this year, the Cleveland Browns now get to face off against Mike Glennon, who has not started an NFL game since 2017. Wide receivers DJ Chark and Chris Conley will miss this game, leaving the Browns as a top fantasy defense and special teams option.

With this game currently scheduled for Tuesday, the normally stout Pittsburgh Steelers only fall low because of the question marks around the chances of this game happening. With opposing quarterback Lamar Jackson set to miss this matchup, the Baltimore Ravens offense will struggle to do much of anything but turn the ball over.

The Chicago Bears offense is currently giving up the fifth-most points to opposing fantasy defenses and has allowed double-digit affairs in back-to-back weeks. David Montgomery should be active, and Mitch Trubisky starting at quarterback with Nick Foles doubtful means the Green Bay Packers are an underrated fantasy defense in the Week 12 rankings.

With three sacks and under 300 yards allowed through the air in back-to-back weeks, it is possible to say the Seattle Seahawks have figured out a balance in coverage and pressure. Currently allowing the second-most points to opposing fantasy defenses, the Philadelphia Eagles could let the Seahawks extend that streak on both accounts to three games. A massive pickup for those in need of a streamer.

Has Cam Newton figured things out in New England? It’s possible, yet breakout performances from Damiere Byrd and Jakobi Meyers aren’t something that should scare off fantasy managers in a matchup that still has more than enough upside. They won’t find themselves atop any D/ST fantasy rankings, but those in need of a deeper play should find the Arizona Cardinals defense available in Week 12.

The pass rush has been suspect as of late, but the Tampa Bay Buccaneers are in the process of fixing things for the playoffs. The kinks aren’t all worked out yet as they’ve had multiple turnovers in two of the last three weeks. While they’re a riskier play, the talent on this defense should never be overlooked. They’ve allowed fewer than 300 yards through the air in four of the last five games played, with two of those performances holding teams to under 130 yards passing.

Andrew Thomas Jordan is an editor and analyst for Pro Football Network covering fantasy football: dynasty, redraft, best ball, DFS, our 2020 D/ST rankings, and more. You can follow him @The_ATJ on Twitter and hear him weekly as host of The Fantasy Force Podcast. 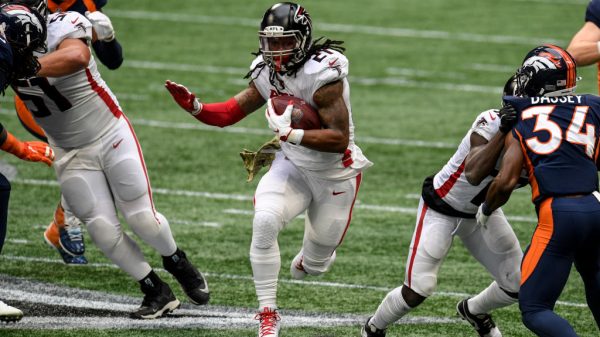 With a new GM and HC sizing up free agency, which Falcons' free agents will stay and which will be on new teams after... 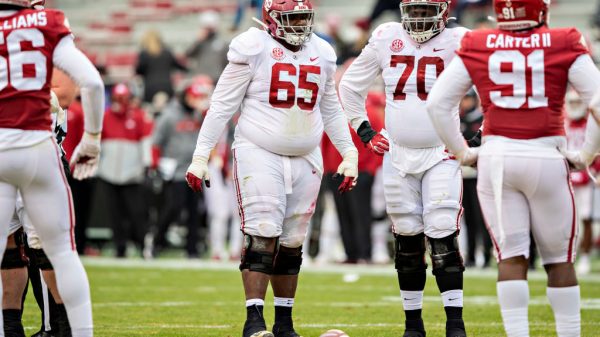 He's a real-life mountain, who might be coming to an NFL team near you. What does Alabama guard Deonte Brown bring as an NFL...