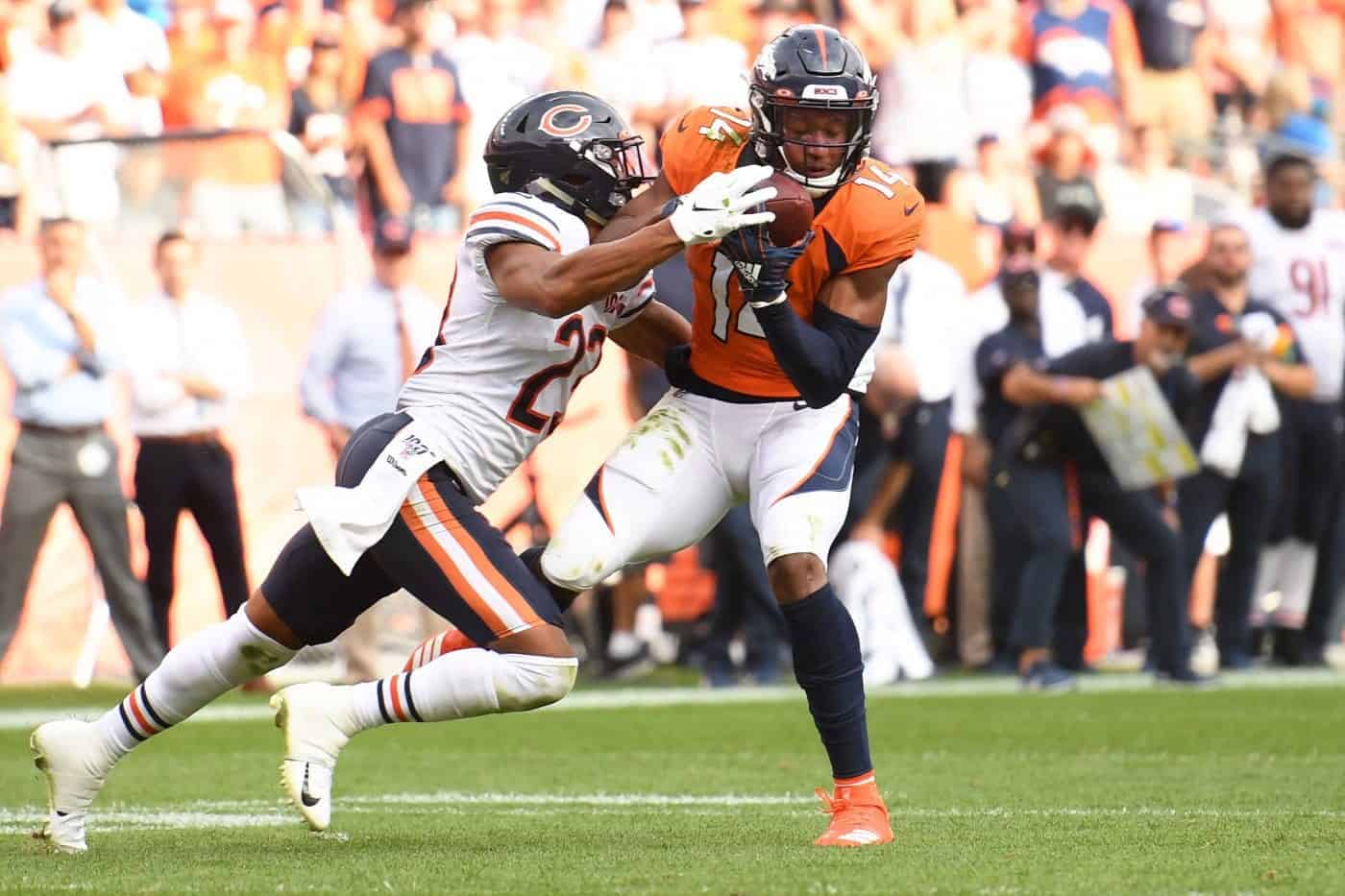 The Denver Broncos have had a rough start to their 2019 campaign, losing their first four games of the season. The offense has failed to put together drives consistently, and the defense looks like it has lost its previous dominance. Which Bronco, however, has played the best? That would be none other than the second-year receiver, Courtland Sutton.

Sutton had a fairly respectable rookie season. The SMU alum hauled in 42 catches for 704 yards and 4 touchdowns. The team was desperately in need of a play-maker to step up at receiver after Demaryius Thomas was traded and Emmanuel Sanders went down to injury. Sutton delivered and became the team’s best receiver late in the season.

In the offseason, I wrote an article discussing how I believed Sutton would start to take over the role of the Broncos’ number one receiver. If Weeks 1-4 are any indication, that process has already begun. He’s been Joe Flacco‘s go-to receiver through four games and is coming off of a two-touchdown performance at home against the Jacksonville Jaguars.

While the Broncos have not played exceptionally well as a team, they have to be encouraged from what they have seen from #14. Through the first four games of the season, Sutton has 22 catches for 309 yards and two touchdowns. Those numbers would put Sutton on pace for 88 catches with 1236 yards and eight touchdowns this season, incredible numbers for such a young player in an inconsistent offense.

For Denver, Sutton has posted the team’s third-best Offensive Share Metric (OSM), behind Jeff Heuerman and Sanders, with an elite grade of 35.75 out of 100 (100 is an improbable score, as that would mean that a player threw, caught, and ran every play). Heuerman has only posted one week with enough stats to qualify for a grade, so it ultimately comes down to Sanders and Sutton. While Sutton has posted a grade of 35.75, Sanders is right ahead at 36.33.

Denver has struggled mightily to move the ball consistently, but it appears that wide receiver play is not a contributing factor. Denver’s receivers have played well. Sutton is on pace for a record year, and Sanders has been impressive coming off an injury. The team needs the offensive line and running game to pick up their play to be successful. Phillip Lindsay has been unable to get the ground game rolling. After a fantastic rookie season, Lindsay is mustering just 3.9 yards per rush and an OSM of 6.76, a disappointing figure.

Flacco thrives off of a strong play-action game, utilizing his strong arm. If the run game is unable to get going, it makes it tough to get teams to bite on play-action. If Denver wants to turn this season around, it all starts with the run game.

The Broncos season has been almost the exact opposite of last season. The passing game has been the offense’s strong point, and the defense has been unable to produce sacks and turnovers. With the ACL injury to Bradley Chubb, things will only get tougher from here on out for Mile High. However, the team and their fans should expect their quarter-season MVP, Sutton, to only get better. It looks as though the team has found a true franchise cornerstone to build a young offense around. Look for big things to continue to come from #14.