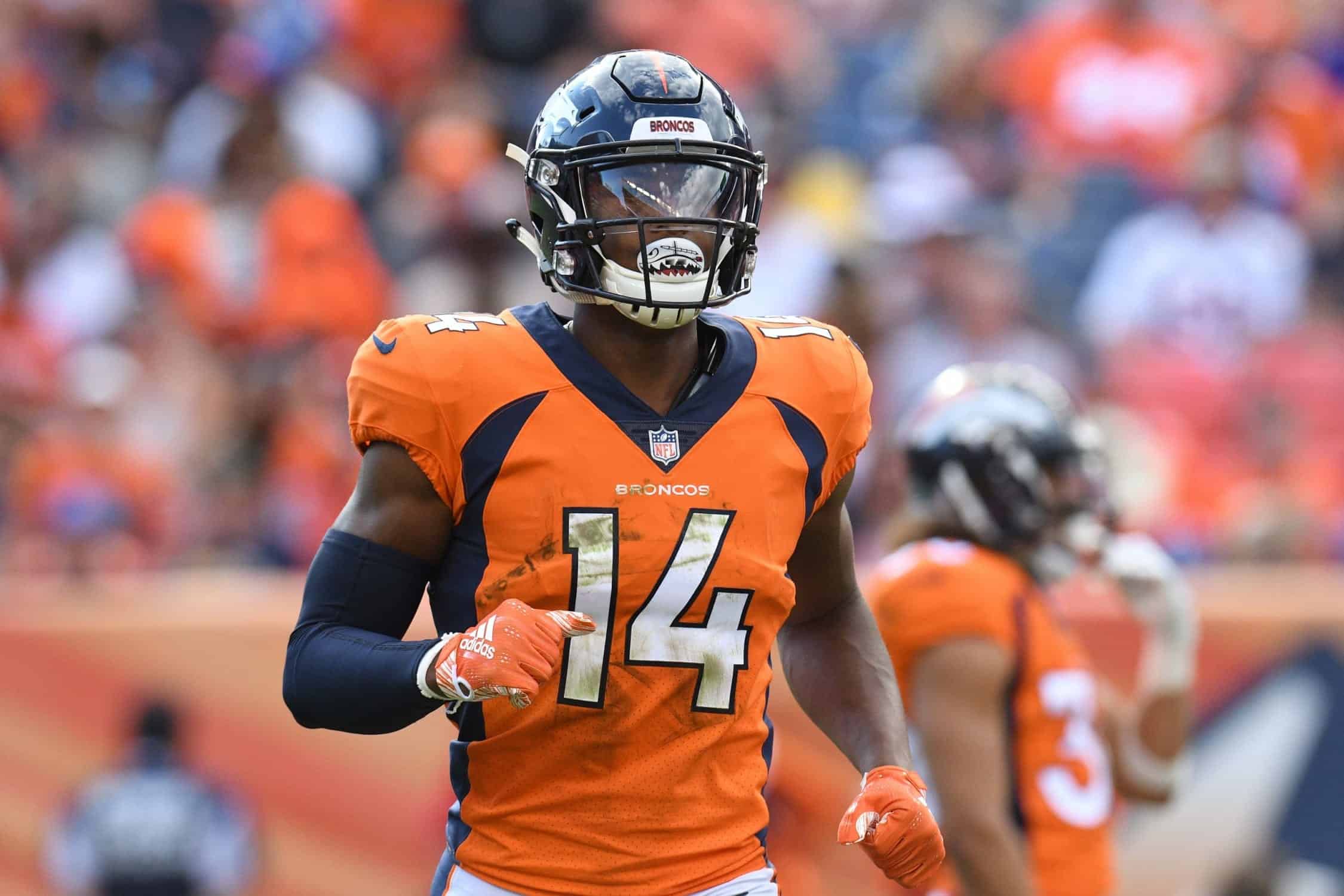 The Denver Broncos drafted two receivers in 2018, and they may have the opportunity to shine this season.

While the Denver Broncos’ offense has been inconsistent over the past few years, the receiving core has been their strength. Demaryius Thomas and Emmanuel Sanders have been staples of the Denver offense. Many considered them to be one of the best receiver duos in the league. However, halfway through the 2018 season, Denver traded Demaryius Thomas to the Houston Texans. It further signified Denver is moving into a rebuilding phase. What’s next for the Denver Broncos receiving core?

While Thomas was traded away, Emmanuel Sanders is still on the team and viewed as their number one option. Sanders, however, has been dealing with injuries. In December, Sanders tore his Achilles Tendon in practice. This injury ended his 2018 season and could potentially impact his upcoming season. The recovery process is long for an Achilles Tendon, and Sanders being 32 years old doesn’t help.

There is hope for Sanders, however, as he has been seen running sprints and changing directions in offseason practices recently, a very good sign for the veteran receiver. This week, head coach Vic Fangio said: “I think he’ll be back before people think”. In an ever-changing offense, Sanders has been the constant for Denver. Hopefully, he is ready to go and be Flack’s go-to pass catcher in 2019. He isn’t the only wide receiver this Broncos’ team has, however.

After Sanders went down to his injury, the passing game was left in the hands of rookie WR, Courtland Sutton. A highly regarded prospect out of SMU, Denver spent a 2nd-round pick on the 6’3” receiver. He had a quality rookie year, amassing 704 yards and 4 touchdowns on 42 catches. Pro Football Focus thought similarly of Sutton as they gave him out with a 63.8 grade on the season. He has a massive frame and uses his size to be a jump ball threat. Sutton took over the starting role late in the season, and in Week 16, he even had a 10-catch game with a touchdown.

Sutton has a very high ceiling, and I expect Sutton only to continue his ascension. While Sanders may, in fact, be healthy by Week 1, I hope to see Sutton start his transition, becoming the Broncos number one receiver. He certainly has the talent.

Following the drafting of Courtland Sutton in the 2nd-round of the 2018 NFL Draft, Denver felt they needed to double up on the WR position. Denver went on to select Penn State WR, DaeSean Hamilton in the 4th round of the draft. Like Sutton, Hamilton had a productive season for the Denver Broncos. He caught 30 balls for 243 yards and 2 TDs. Hamilton uses his quickness and crisp route running to create separation and be a target over the middle. He should only see his usage rise in 2019. Look for Hamilton to be a breakout candidate for the Broncos this season. He has the talent to become a consistent piece for the Broncos’ offense and be their primary slot option of the future.

Denver has relied upon veterans like Demaryius Thomas and Emmanuel Sanders for years, but in 2019, that could all change. Their young players, Courtland Sutton and DaeSean Hamiton, certainly have the talent to take over and still produce at a high level. This very well could be the next great Denver receiving duo. They definitely are two names to keep your eye on in 2019 and beyond.