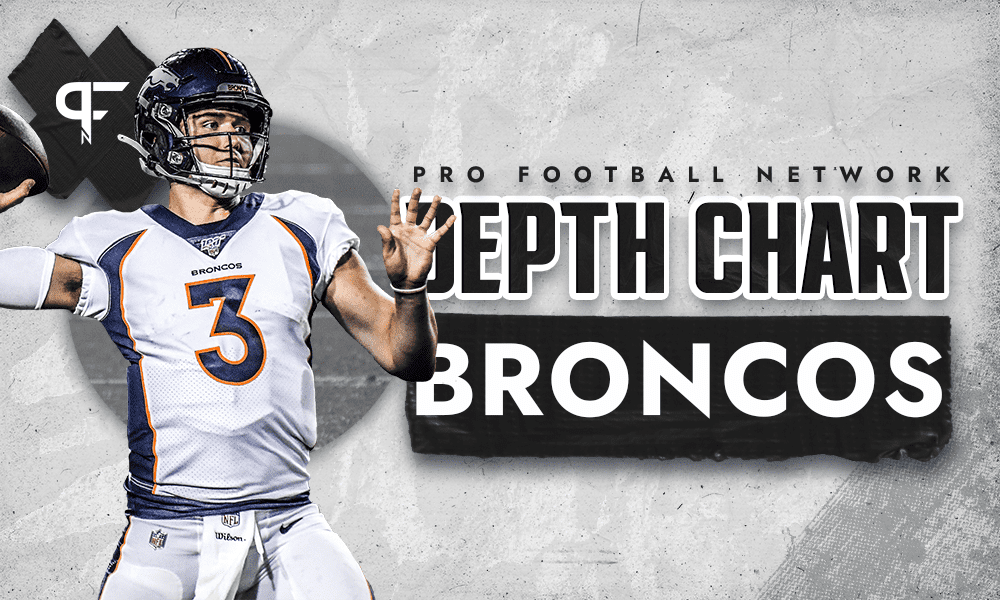 Vic Fangio’s club has an established defense with proven commodities.

Mike Purcell underwent a follow-up surgery in the offseason to remove screws from his foot due to a Lisfranc injury that ended his season in Week 7. Purcell signed a three-year, $11.5 million in October and recorded 15 tackles and a sack over six appearances in 2020. In his first season with the Broncos in 2019, Purcell set career-high totals with 48 tackles and 8 tackles for a loss.

The Broncos and Shamar Stephen agreed to a one-year deal to keep him on the depth chart. Despite starting all 16 games with 34 tackles, the Vikings cut Stephen in the offseason.

2020 was a career season for DeShawn Williams. In his sixth season, Williams played in 14 games (11 starts), setting new career-highs in tackles (37), tackles for loss (4), sacks (2), QB hits (6), and even recorded an interception with 3 passes defensed.

The Broncos re-signed Shelby Harris to a three-year, $27 million contract in the offseason. Limited to just 11 games due to a knee injury, Harris recorded 2.5 sacks, 7 passes defensed, 32 tackles (20 solo), 4 tackles for loss, and 11 QB hits. He can also offer an option shifting inside at nose tackle to spell Purcell if required.

With Jurrell Casey going down for the season following a torn bicep in Week 2, Dre’Mont Jones stepped up big for the Broncos as a first-time starter. Jones finished the 2020 campaign with 41 tackles, 6.5 sacks, and 2 passes defensed. Jones would be ready to fill in should there be an injury, making EDGE the deepest part of the Broncos’ depth chart.

McTelvin Agim played sparingly as a rookie but could see a bigger role as a rotational piece in 2021. He will compete against Williams, Jonathan Harris, and Marquiss Spencer to be the first man on the field when Harris and Jones need a breather.

There were questions about whether Von Miller would be a part of the Broncos’ depth chart or not in 2021. However, the team chose to exercise the $7 million option to bring him back for another season. As a result, Miller is expected to be back on the field for spring training after missing the entire 2020 season.

Miller suffered a dislocated peroneal tendon during an indoor practice as the team tried to avoid a blizzard on September 8. Yes, you read that right. When on the field, Miller is as disruptive as they come. Over his nine previous seasons, he averaged 43 tackles, 12 sacks, 3 forced fumbles, 15 tackles for loss, and 24 QB hits.

Could 2021 be the year we finally see both Miller and Bradley Chubb leading the Broncos’ defensive depth chart? Chubb played in just four games in 2019 due to a torn ACL but bounced back to appear in 14 games last season. Missing the last two games due to an ankle injury, Chubb compiled 42 tackles (26 solo), 7.5 sacks, and a forced fumble.

Leading the Broncos in sacks, Malik Reed filled in for Miller admirably last season. Ending the season with 8 sacks, Reed played in all 16 games while making 13 starts. He recorded 53 tackles (34 solo), 17 QB hits, and 8 tackles for loss.

The Broncos placed a second-round tender on their tackle leader of 2020. Alexander Johnson led the team with 124 tackles while generating 4 tackles for loss, a sack, 2 forced fumbles, and 6 passes defensed. Johnson will earn $3.3 million on his one-year deal.

Right behind Johnson in production was Josey Jewell. As injuries kept Mark Barron off the field, Jewell was a surprise starter to an extent. Starting the entire season, Jewell wrapped up his career-best season with 112 tackles (67 solos), 6 tackles for loss, 2 sacks, and 4 passes defensed.

The addition of Baron Browning provided increased depth to the Broncos inside linebacker position. Browning was a highly touted prospect in the 2021 NFL Draft. He will compete for the primary backup role at inside linebacker in camp.

Denver eagerly awaits to see what Justin Strnad can do on the field. The Broncos acquired Strnad in the fifth round of the 2020 NFL Draft, but after dislocating the lunate bone and suffering multiple torn ligaments in his wrist, Strnad did not play a single snap during his rookie campaign.

Kyle Fuller is back under the tutelage of Vic Fangio after signing a one-year, $9.5 million contract in the offseason. Fuller was an All-Pro while Fangio served as his defensive coordinator in Chicago during 2018. Fuller posted 65 tackles last season, but he failed to record multiple interceptions for the first time in his career.

Ronald Darby cashed in this offseason following a highly productive 2020 season for the Washington Football Team. Signing with the Broncos on a three-year, $30 million contract, Darby was a 16-game starter in 2020. He registered 55 tackles (43 solo), 16 passes defensed, and a fumble recovery. It is still expected the Broncos add another CB to their depth chart during the 2021 NFL Draft.

The addition of Patrick Surtain in the draft has the potential to reshuffle the Broncos’ cornerback situation. Assuming Surtain can start from Week 1, he could start on the outside with Darby moving inside as the nickel.

Bryce Callahan was expected to take the nickel role prior to the addition of Surtain. He would likely be the fourth corner, with Darby sliding outside as cover. Injuries have heavily impacted Callahan’s availability in recent years, missing 22 of a possible 32 games the past two seasons.

Michael Ojemudia’s rookie season was a success on virtually all counts. Playing in all 16 games, Ojemudia finished the season with 62 tackles (55 solo), 6 passes defensed, and 4 forced fumbles.

After the Broncos declined his contract option, Kareem Jackson tested free agency but found a relatively stagnant market. He eventually returned to the Broncos on a one-year, $5 million contract.

After receiving the franchise tag, the Broncos and Justin Simmons worked out a multi-year deal to keep the star safety on their depth chart. Simmons signed a four-year, $61 million contract that includes $35 million guaranteed. 2020 marked his third-straight 90-plus tackles season (96), where he added a career-high 5 interceptions along with 9 passes defensed. Over the last two seasons, Simmons is second only to Tyrann Mathieu in interceptions by a safety.

In the fifth round of the 2021 NFL Draft, the Broncos added a pair of depth options in Jamar Johnson and Caden Sterns. They will compete with P.J. Locke and Trey Marshall for the reserve safety roles this season.