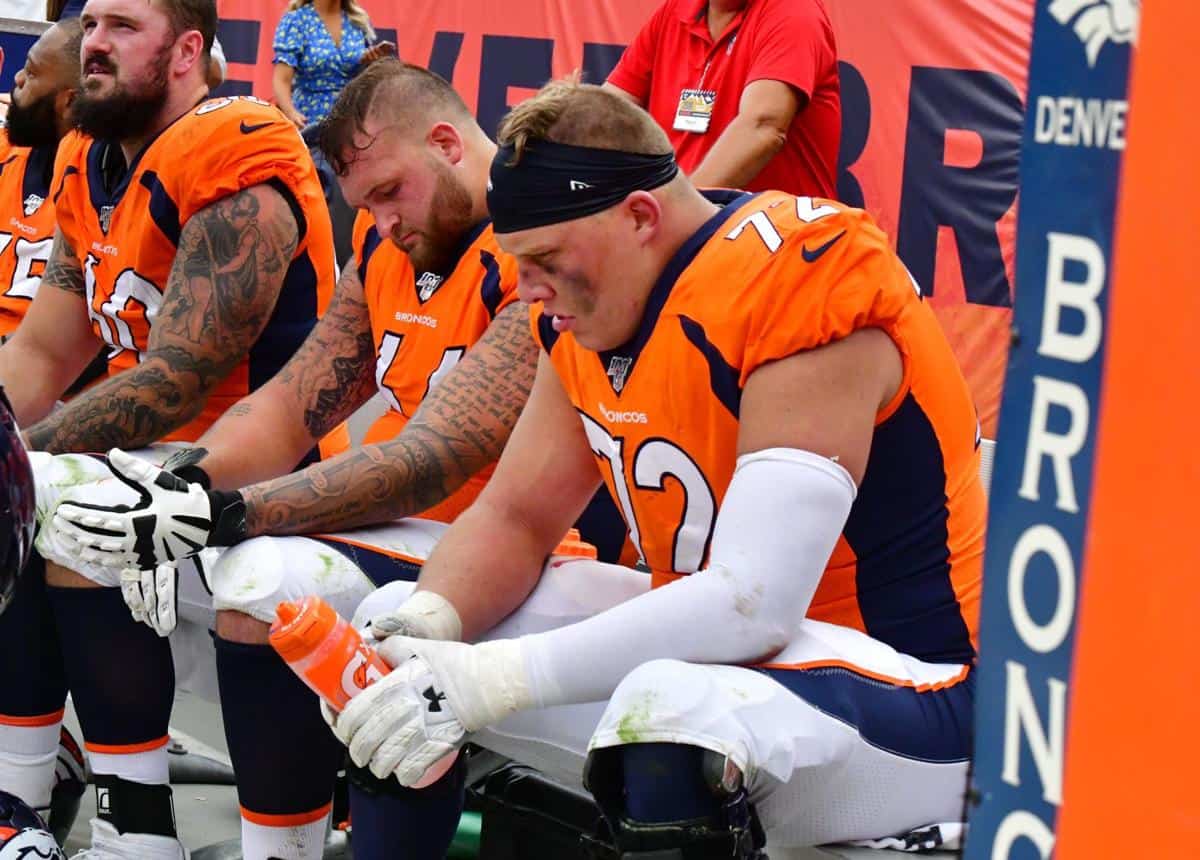 The Denver Broncos enter Week 4 with a disappointing 0-3 record. The offense has been stagnant, and the defense has yet to record a sack or produce a turnover this season. The team desperately needs a win in Week 4, and there are some things to watch out for as the Jacksonville Jaguars come to town.

Here are four causes for concern against the Jacksonville Jaguars in this Week 4 match-up.

Denver hasn’t done a great job protecting Joe Flacco so far this season. I expected offensive line coach, Mike Munchak to really improve this unit in 2019, but unfortunately, that has not happened. Flacco has been sacked a total of 11 times, six coming from this past weekend against the Packers. Former 1st round pick Garrett Bolles hasn’t lived up to his draft value and needs to improve as the season goes along to give Flacco more time to get the ball out. It certainly doesn’t help that one of the most dominant defensive lines in football will be visiting this Sunday.

The Jaguars are coming off of an incredible nine-sack performance against the Tennessee Titans last Thursday night. Jacksonville’s defensive end, Calais Campbell, led the team with three sacks, but he wasn’t the only one to record multiple sacks as rookie Josh Allen, and back-up Dawuane Smoot each notched two. The Jaguars’ defensive line is a deep and talented group. Denver should make it a priority to give Flacco as much time as possible so the Broncos can put together some scoring drives. Look for Denver to use running-backs and tight ends more as blockers in an attempt to stop the Jaguars’ vaunted defensive line.

The Broncos’ defense has been quite good at holding teams and giving their offense opportunities to win ball games. However, they have not been able to produce turnovers or record a sack as of yet. The elite pass-rushing duo of Bradley Chubb and Von Miller has been pretty quiet, and it has hurt Denver’s chances to win games. The defense hasn’t been able to provide the offense with short fields to score easy points.

Against a rookie 6th-round pick at quarterback, the defense should have their chances to force a few turnovers. Jacksonville’s pass-blocking has been pretty solid in 2019, but excellent coverage in the secondary could force Jaguars’ quarterback Gardner Minshew II to hold onto the ball for too long and result in some sacks.

Usually the Denver secondary would be licking their chops with a rookie quarterback facing them across the line of scrimmage, but this time they will be watching carefully. Minshew II hasn’t made a real mistake. The young signal-caller has looked poised, accurate, and smart with his decision-making. He’s only thrown one interception, which was not his fault. For a team that is still looking for its breakout game on defense, it will be hard to force Minshew II into making mistakes, if his last three games are any indication. The ball is coming out fast and on target. Fangio and staff need to find a way to rattle the young quarterback and force him into making some mistakes so Denver can take advantage.

Jacksonville lacks the top tier offensive weapons that keep defensive coordinators up at night before games; however, D.J. Chark is quickly becoming a big-play receiver and Minshew II’s favorite target. For a short time following Thursday night’s game, Chark led the NFL in yards and touchdowns. Chark uses his blazing 4.3 speed to get open vertically, and Minshew II has been able to connect with him regularly. Chark has caught 15 balls so far for 277 yards and three touchdowns. He has recorded a touchdown in every game and is averaging almost 19 yards per catch.

The Jaguars have some other speedy receivers like Dede Westbrook and Chris Conley as well, but Chark has been Minshew II’s go-to receiver, and the two have connected in clutch moments already. Denver should definitely keep an eye on Jacksonville’s No. 17. Expect Chris Harris Jr. to be there to blanket Chark for most of this game.

I think Denver stands a good chance to come away with a win in this game. Jacksonville is still grooming a 6th-round rookie quarterback and has yet to get their run game going either. The defense will have to step up and produce, but they are well past due for some sacks and turnovers. This may be that break-out game that Denver has been waiting for, and they could manage to pick up their first win of the season.