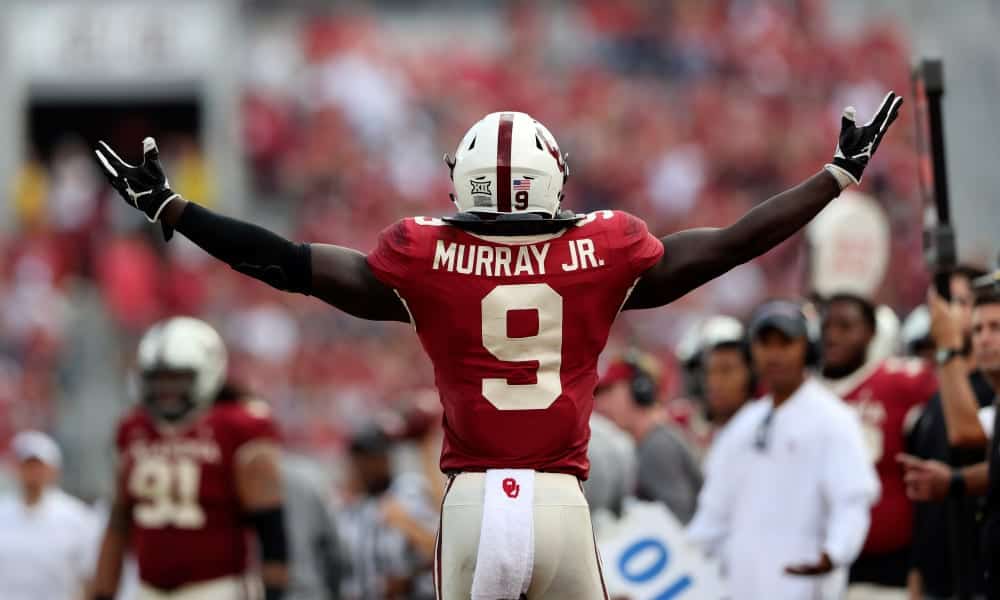 The Defensive Rookie of the Year award always makes for interesting analysis, and the 2020 season is no different. In the 2020 NFL Draft, five of the top-10 picks were defensive players, and in total, 14 defensive players were taken in the first round. The reason that the number of first-round defensive players is important is that a first-round pick has won 13 of the last 15 Defensive Rookie of the Year awards. To break that down even further, three number two overall picks have taken home the award, four top-10 picks, and 12 top-15 picks and two second-round picks.

Recently, Pro Football Network’s Chris Spooner took a look at the history of the Defensive Rookie of the Year Award through the context of their relative athletic score (RAS) and gave some of his own names to watch out for. In this article, we will use the information Chris provided to take a look at if we can find some value in the 2020 betting markets for this award.

Young did not feature in Chris’s article because Young did not partake in athletic testing at the combine and therefore does not have a RAS available. It is not surprising that Young is the clear favorite to take this award following the dominating performance we saw from his former-Ohio State teammate Nick Bosa last season. A defensive end has won the award in two of the past four years, both named Bosa, and Young certainly has the talent to make it three in the past five.

Betting Young is not a bad idea, especially given that a defender from Ohio State has won the award in three of the past four years, but doing it at this price does not present value. Last year, we saw Bosa’s odds fluctuate from anywhere between +200 and +750 between the draft and the start of the season. It is worth waiting on a bet on Young until closer to the season to see if the odds drift due to any troubles or negative camp storylines.

Simmons featured as part of Chris’ article with his superb RAS, and it validated my personal opinion that Simmons presents excellent value in the betting market right now. Simmons is a magnificent do-it-all type of player who can impact the game in many ways. The biggest concern when looking to bet on Simmons is that he is most likely to line up as an off the ball linebacker or safety. Those two positions combined have won the Defensive Rookie of the Year award just twice in the past ten years. Regardless, at +750, Simmons makes for an intriguing bet that I will place half a unit on.

In looking at Queen’s odds, we encounter a similar problem to that of Simmons when it comes to the off the ball linebacker aspect. However, much like with Simmons, we should see Queen on the field to begin the 2020 season for the Ravens. That presents an excellent opportunity for such an athletic player to make an impact. Therefore, Queen is another name that makes a lot of sense for a half unit bet.

Murray makes it a trio of linebackers to be considered to have an “elite” RAS grade while also likely to begin the 2020 season in a starter’s role. The Chargers defense is perhaps the single most intriguing to watch in the NFL this season, with Murray joining the likes of Melvin Ingram, Joey Bosa, and Derwin James. The only slight concern is that with that much star power on the field at once, Murray’s contributions may get lost in the shuffle. However, at +2100, the talent and athleticism are there for the former-Oklahoma Sooner to take home the award in 2020.

Henderson was another name to feature in Chris’ article, but Okudah is also a player with an “elite” RAS who was overlooked. Henderson had the slightly better measurables coming out of the combine, but the consensus is that Okudah is the better prospect. The concern with both of these players is that despite being rookies, they may suffer from being the most talented cornerbacks on their team.

That is especially the case for Henderson, who will lineup with D.J. Hayden and Rashaan Melvin in the Jaguars defensive backfield. Even as a rookie, Henderson is arguably a more feared corner than either of those two, unless we see him struggle in the preseason. Therefore, he may not see many targets, making it hard for him to make the plays he will need to, to receive serious consideration for the Rookie of the Year award.

As for Okudah, he has been joined by former-Atlanta Falcons cornerback Desmond Trufant in Detroit this season. Trufant struggled last year but is still a superb cornerback. Therefore, I would not be surprised if we see Okudah being considered the “weakest” cornerback on his team more often than Henderson will be with the Jaguars. That will present Okudah with more opportunities to make plays, and is why he is where I am going to place another bet in the search for value.

Terrell was a surprise pick by the Falcons at 17th overall, but when we look at Terrell’s RAS, he fits the profile as a Defensive Rookie of the Year candidate. With the departure of the aforementioned Trufant, Terrell will step straight in alongside Isaiah Oliver as a starter in Atlanta. While he may prove to be the superior corner out of Oliver and himself, I do not expect teams to shy away from targeting him early in the year the way they may with Henderson or Okudah.

Terrell could be a prime candidate to make it a third cornerback taking home this award in the last six years. Both of the previous cornerbacks to win the award were selected with picks between 10 and 20, and both benefitted from not being seen as the best cornerback options on their teams in their rookie seasons.

One final name who is an outsider that could make a big splash is the former-track star out of California, Ashtyn Davis. Davis will have an opportunity to compete with Marcus Maye for the Jets starting safety job. Davis did not enter the NFL with a RAS due to not putting up measurables at the combine, but his athleticism is apparent for all to see when they view footage of him on the track.

Davis arguably has as much upside as any defensive player in the draft, but rightly is an outsider in the betting markets as no third-round pick has won this award since Erik McMillan in 1988. Even so, the history of athletic defensive players in winning this award makes Davis an interesting outside bet.

Ben Rolfe is a betting analyst at the Pro Football Network (@PFN365). Follow the betting group @PFNBets and Ben @benrolfe15

In this article:Featured, featured, Prop bets