Green Bay Packers WR Davante Adams finished as WR22 in PPR fantasy scoring, which is a bit of a misnomer. Everyone knows the better indicator of his season is that he ranked sixth in points per game. Adams missed four games due to turf toe early in the season. Still, in 12 games played, he was the focal point of the Packers offense, totaling 127 targets and nearly reaching 1,000 yards receiving.

Adams’ performance against his NFC North division rivals shows that not only is he a premier option in the league, but that he deserves to be the first WR off the board in fantasy drafts this year.

Adams’ clunky start and strong finish vs. the Chicago Bears

In Week 1, both Adams and quarterback Aaron Rodgers saw their first game action as the Packers played neither in the preseason. The Bears followed a similar preseason script, and fans were treated to a bit of a false start to the season. The 10-3 finish was disappointing and only saw Adams total 36 yards, catching four of eight passes thrown his way.

Adams got the chance for a rematch during the fantasy semi-finals. The Week 15 meeting was the 200th between these two teams and went much better than their initial one. Adams toasted the Bears secondary catching seven of 13 targets for 103 yards and a touchdown, on his way to 23.3 fantasy points. This was the first of three 20+ point games Adams had to finish out the season.

A bad case of turf toe kept Adams out Weeks 5-8 last season. Unfortunately, this held him out of the Week 6 meeting with the Lions. Remember that streak of 20 points games just mentioned? Adams’ Week 17 matchup on the road at Detroit saw him secure seven of 13 targets for 93 yards and a touchdown, putting a 22.3 point exclamation mark on the season. This was also the eighth time Adams saw double-digit targets from Rodgers last year.

In Week 2, after shaking off the rust against Chicago, Adams and company were back in Lambeau for a meeting with the Vikings. Here we saw Adams return to form catching seven of nine targets for 106 scoreless yards on the way to a Packers win. This was the first of five times Adams topped the 100-yard mark in 2019. The 17.6 fantasy points amounted were impressive, and we’re still his eighth highest-scoring game on the season.

With fantasy championships on the line in Week 16, Adams came to play. In what would be the fourth of a five-game winning streak for the Packers, Adams had a massive day catching 13 of 16 targets for 116 yards. This was Adams’ highest target and reception total on the season and his second-highest receiving yards game.

His production through 12 games, coupled with the Packers’ lack of additions on offense, means we should expect more of the same this year. Matt LaFleur and Rodgers may have a higher opinion of Adams than any fantasy football drafters, which is saying something.

Adams is absolutely in the top tier of available receivers, if not at its apex. Michael Thomas has a better supporting cast, which should depress the astounding volume he saw last year. Chris Godwin and Mike Evans have to adjust for a less vertical passer. DeAndre Hopkins has a new playbook and a markedly improved wide receiver room now that he is in Arizona. Even Julio Jones has a more competent running game and the continued emergence of Calvin Ridley with which to contend.

After seeing limited roster churn, he still has a hall of fame QB throwing him the ball and a head coach that knows how to use him all over the field. Adams should be the first WR selected in fantasy drafts this year. 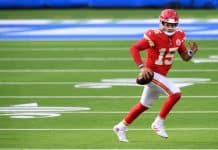 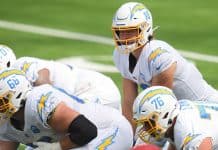 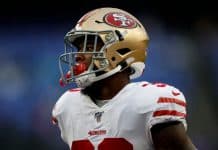 Is Jeff Wilson worth a spot on your fantasy roster in Week 3? 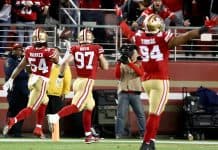