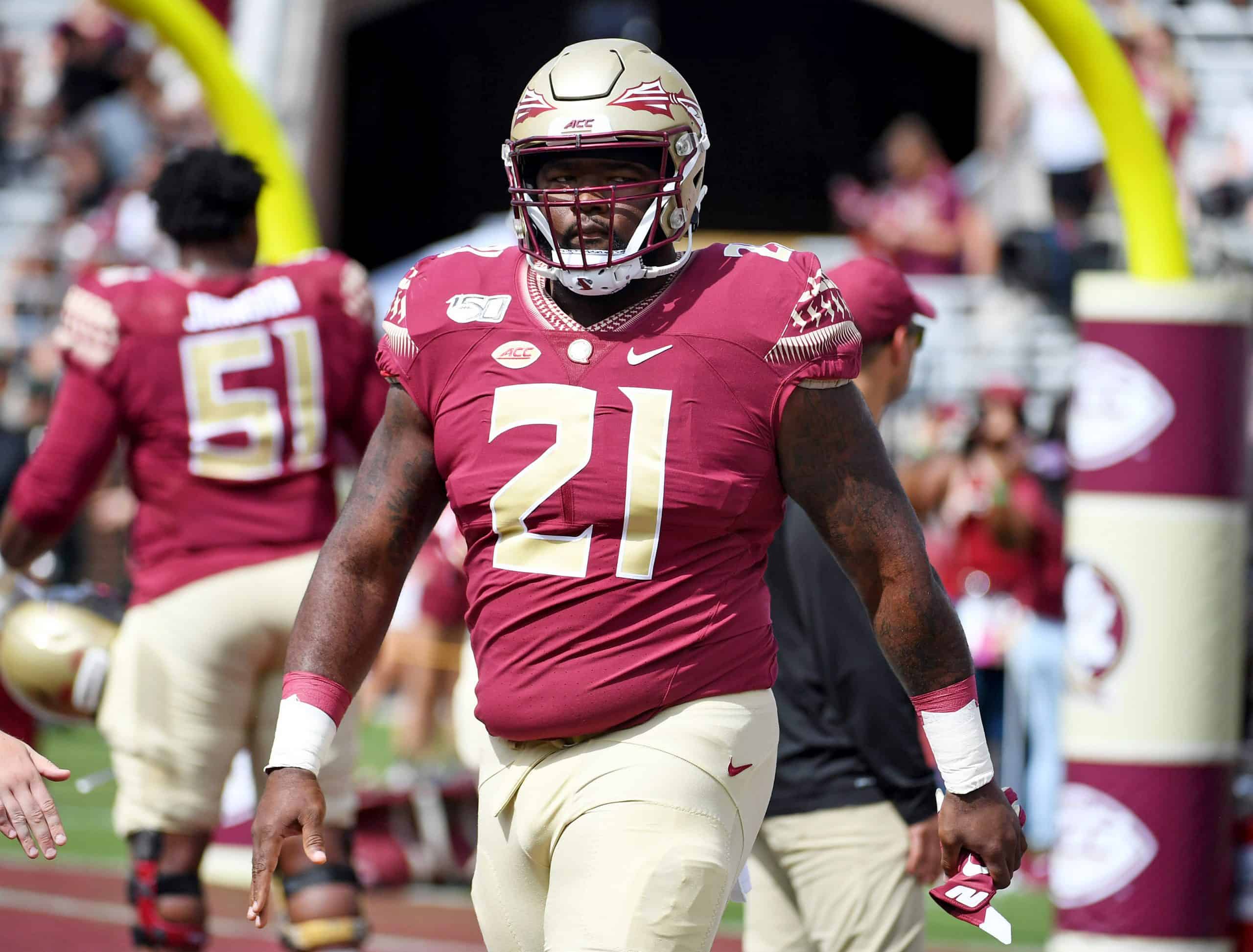 The Jaguars are a mess right now, but they got their quarterback of the future with the first overall pick, so now it’s time to continue building. They need help at a few different spots defensively, but cornerback is the most important position on the defense, and they get one here that brings press man ability to the table in Farley.

This one fits like a glove. Bateman stays up North with Green Bay, who desperately needs more explosive weapons on the offensive side of the ball, and he gets to learn from one of the better technicians in the game in Davante Adams. Bateman could very well be the best of the receivers in this class at the end of the day, so getting him as WR4 is good value. He has strong hands in all situations, is a legitimate big-play threat on every rep, and can also make plays post-catch with veteran-type savvy and a mix of physicality and wiggle.

Listen, he’s not Aaron Donald, but his style is a bit Donald-esque. He will struggle at times against the run as an undersized 3-technique, but in the Titans defense that goes 3-down often, he would play head-up or shaded inside the offensive tackle, somewhat avoiding the big uglies of the interior. Oh, and he’d be paired next to Jeffery Simmons, who is one of the most explosive run defenders in the NFL.

The Bills are simply going to be BIG on the edges, while Ed Oliver terrorizes the interior with his twitch and pass-rush chops. But don’t let his stature fool you, as Hutchinson can move in a way that A.J. Epenesa cannot. He has a nice inside counter that he pairs with some surprising quickness for his size. If he can continue to develop his hands, he could make a legitimate push as the top outside pass rusher in the class.

This young man has a little bit of everything in his game. His grandfather is a member of the Pro Football Hall of Fame. He struggles at time with conditioning in Ohio State’s up-tempo pace, but when he’s anywhere above the “0 miles to go” line, he’s an absolute menace. He’s a physical player that can generate push with good lower body control and a sturdy base that allows him to drive defenders. The Jets go ahead and capitalize on a pick that Seattle realistically would have somehow screwed up anyways.

Smith is just about as solid as they come. There are similarities between him and LSU’s Chase but in slightly different packages. Smith possesses great hands that travel to every situation across the field, and he’s skilled at working around the sideline through elevation, keeping a foot in as he high points passes. Even if he’s not the most explosive route runner in the class, he is a proficient separator who understands how to get open.

Another interior defensive lineman taken high from Alabama? You don’t say. Barmore’s strength is an absolute weapon, and it’ll pair nicely next to the massive presence of Michael Pierce. He’s still a raw player who was only a part-timer for the Crimson Tide, but he can certainly sharpen his sword into a consistent 3-down defensive tackle who can move up and down the defensive line depending on the situation.

This young man can play. He has the athletic ability to play either the free or strong safety spot along with the length to be a potential tight end eraser. He’s the perfect matchup problem for an athletic tight end like Evan Engram and Blake Jarwin within the division, and his ability as a tackler should bode well against a division filled with outstanding running backs.

The Steelers REALLY wanted Nasirildeen to fall to them. With Minkah Fitzpatrick manning the free safety helm, he would have been the perfect fit. But Sterns is a versatile safety in his own right. He’s instinctive and athletic in coverage with awareness not often seen from Texas players, who often come underdeveloped to the NFL.

This young man is a freak of nature. If he develops at all with the Nittany Lions in 2021, there is little doubt he’ll soar into the first round. Oweh has the athletic ability to be a top-five player if he can develop his hands and pass-rush plan with more reps after being stuck behind some extremely talented rushers in the year prior.

Welp, we did it. We somehow let “Baby Gronk” fall to the greatest coach of all time. But don’t fret, as Freiermuth still has a lot of growing to do before he’s elevated to Gronk 2.0 status. He’s about as reliable as they come with his hands, and he can separate using a bit of physicality and lean. He’s a smart route runner against zone coverage and is a solid leverage-sound blocker.

Assuming (and hoping) Paulson Adebo has a bounce-back 2021 season after struggling a bit in 2020, this would make sense for a Cowboys team emphasizing turning the ball over after underwhelming in that area for years. Adebo is a solid athlete who plays well coming forward in click and close situations and isn’t afraid to play physical, which defensive backs coach Al Harris should enjoy.

Depending on what happens in the 2020 college season, there is a chance we won’t see Moses play in two full seasons. But that doesn’t matter. He’s one of the most impressive athletes I’ve seen, regardless of position. If he can come back and play a fully healthy season, there is a strong chance he goes top-10, but his injury history and lack of positional value could leave him in an incredible situation down in New Orleans.

Talk about a fun prospect. Rashed has the fluidity and explosiveness to play in coverage picking up backs out of the backfield and play in zone in the flats and hook area. He can also really put pressure on offensive tackles with his explosiveness. He’s undersized as a true pass rusher, but as a hybrid player who splits time between off-ball and rusher, he’d be a fun chess piece for the Ravens.

Campbell has a ridiculous amount of untapped potential. If Richard Sherman continues to play beyond 2020, it would be nice to see Campbell learn from one of the most intelligent cornerbacks ever to play the game. He has an ideal height/weight/speed combination, and his physicality is abundantly apparent throughout his reps.

Basham is a big boy on the edge who brings a blend of physicality and fluidity that allows him to win as a pass rusher, despite not being explosive either in a straight line or twitchy laterally. He’s a smart pass rusher with a good repertoire of pass rush moves and counters.

He won’t ever be a super high sack guy at the next level, but he can be a nice outside-in option that is becoming more and more prevalent in today’s pass-first game. And when a team is winning as often as the Chiefs will be for the foreseeable future, there will be a lot of teams trying to pass to catch up.